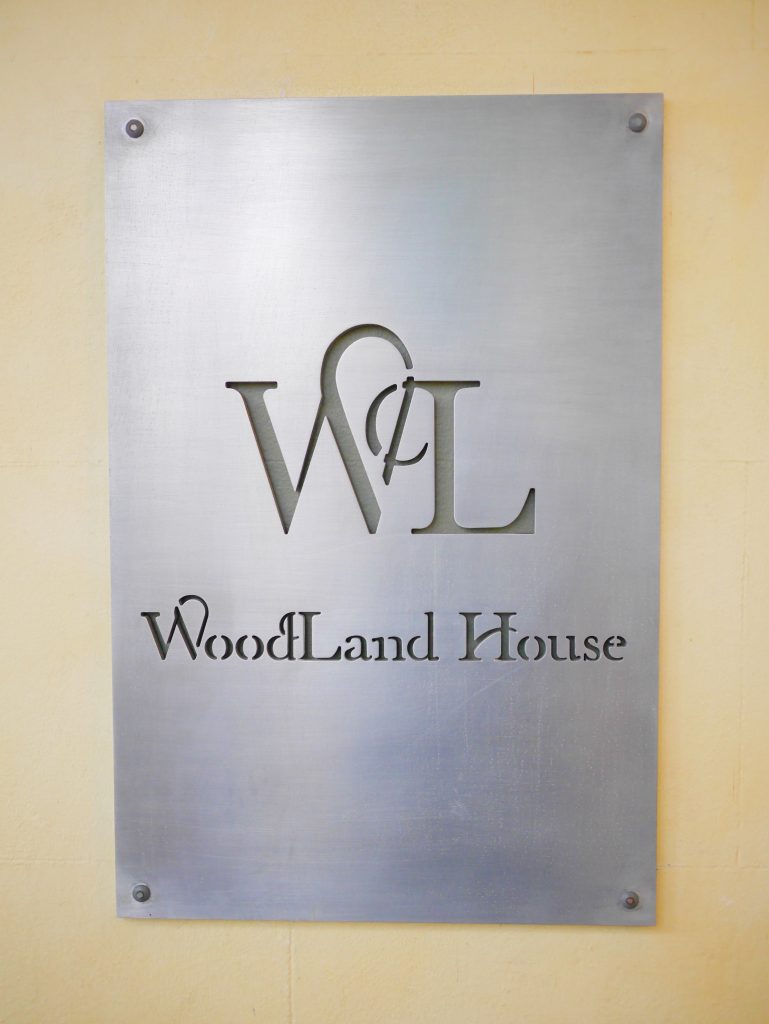 Davin and I will use any excuse to celebrate by eating out somewhere nice. So recently when it reached the mark of 13 years since we’ve been together we quickly agreed we needed to celebrate through some fine dining! Forget the presents, we just want to eat something amazing! We ended up making a reservation at Woodland House in Prahan.

For those that don’t know, this restaurant was formerly known as Jacques Reymond, one of our favourite 3 hat restaurants during its time. We were lucky to have dined there and met Jacques before he decided to step down in 2014.  So of course we were super excited to return to a place we really enjoyed, even though it was under a new name and ownership. We knew that Woodland House had 2 chef hats and the reviews were very positive. 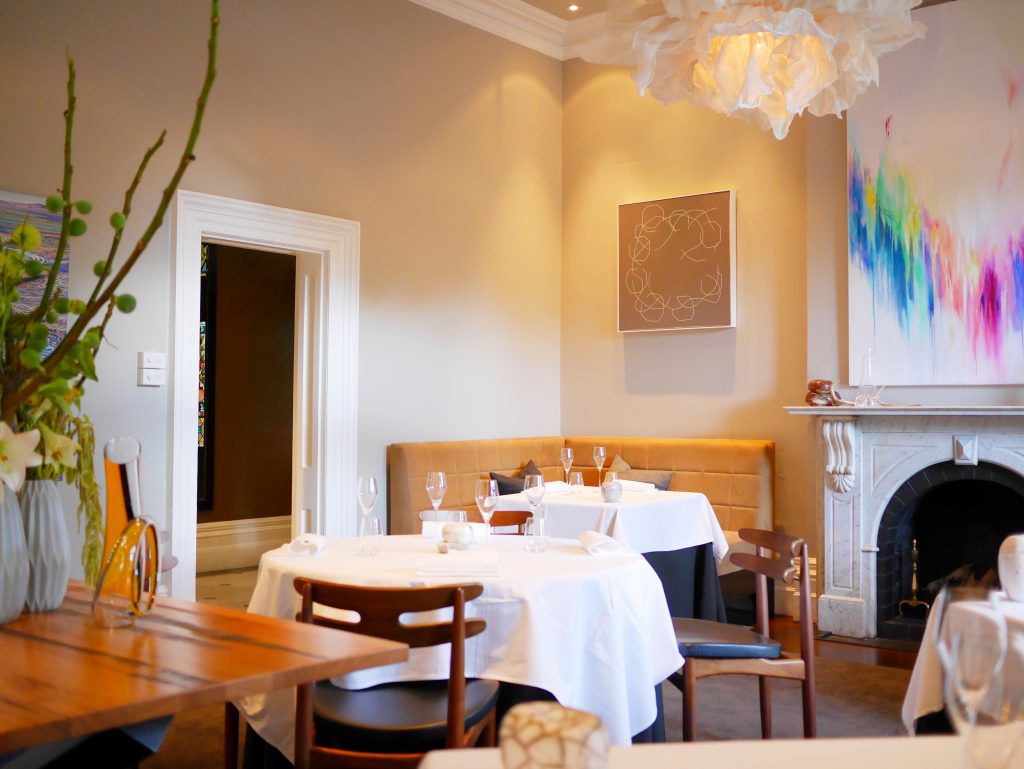 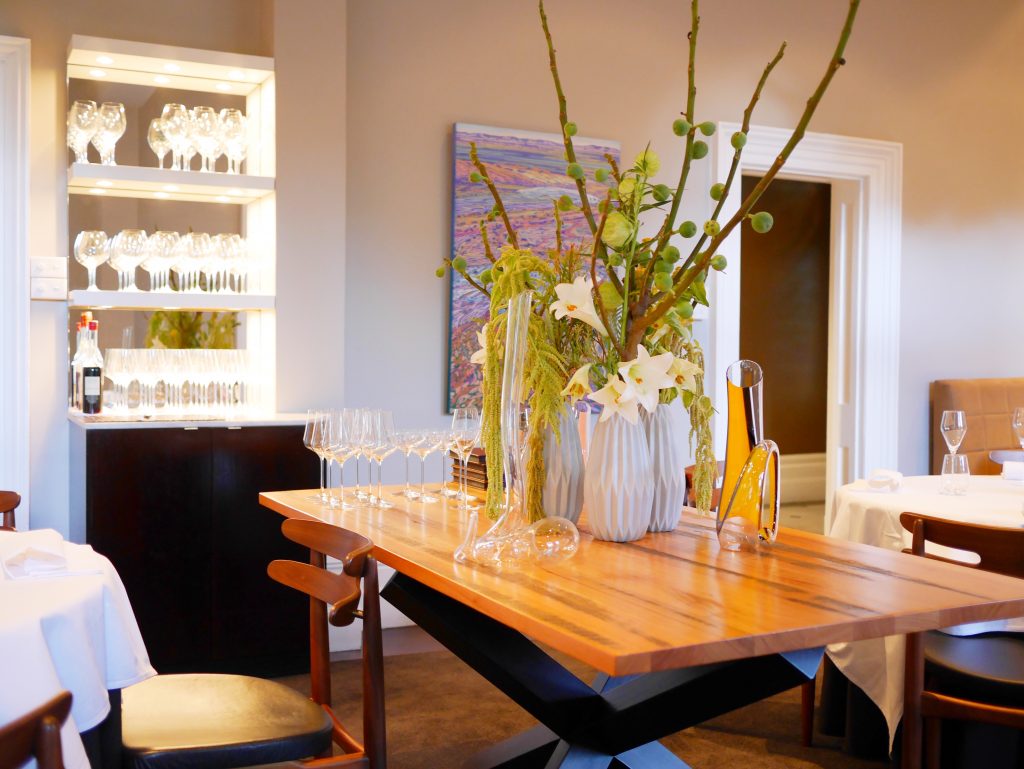 Upon entering we saw that they had kept the restaurant looking like the house that we remembered it a few years ago. We loved that about the restaurant, that it has this modern, homey and intimate feel to it. We really felt like we were dining in someone’s home. The staff were super attentive and friendly, opening doors, pulling out chairs and checking on us. They were also SO quick! They asked us if we preferred tap or still water, and as soon as we said that tap water was fine within a few seconds they were back pouring us our water. We ordered a couple of glasses of champagne to start off with and a bottle of red for dinner and within an instant the drinks were there! We barely had time to take a few snaps before they were back to serve us! 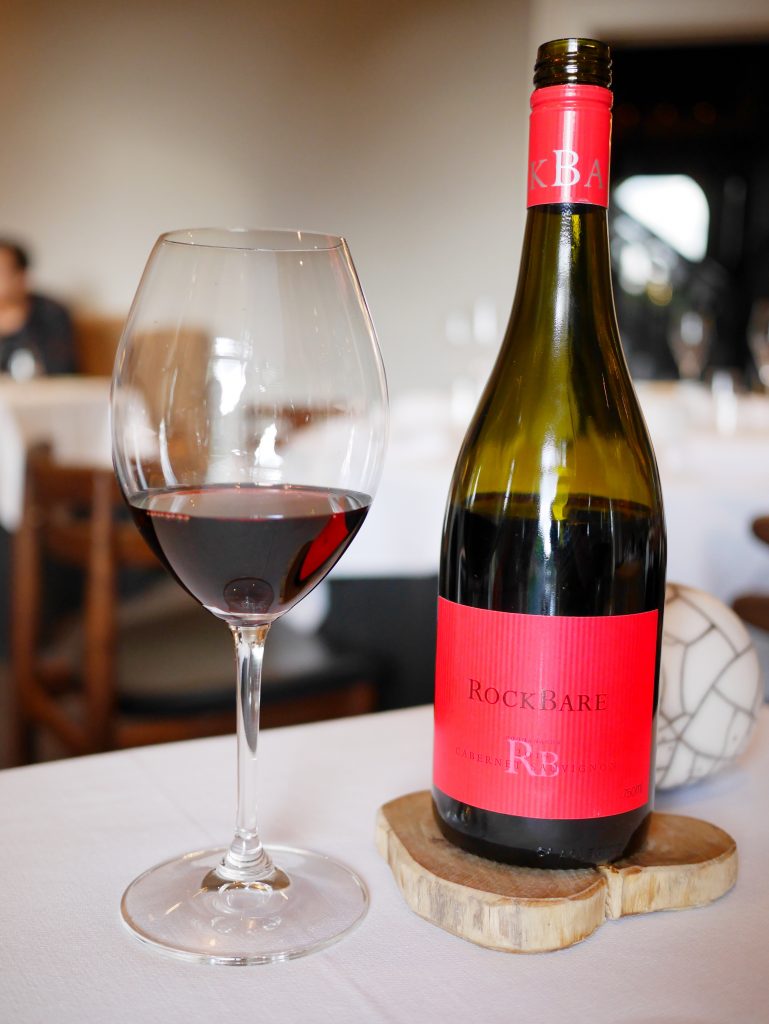 The menu offered a tasting menu or an a la carte. From Tuesday to Thursday they also offered from the a la carte of 4 courses for $90, 5 courses for $110 or 6 courses for $130. It allowed us to pick any of the dishes on the a la carte menu which was great because it meant if Davin and I got a few different dishes each we had more to try! Being as greedy as we are, we opted for the 6 courses. Now we don’t want to bore you with every single dish that came out so we’ll just talk about the highlights. But before we go into that, we have to say that hands down every dish was fantastic. Every single dish was cooked to perfection, flavoured and presented beautifully. We could not really fault any of the dishes and it is clear how meticulous and carefully thought out each of the dishes were. 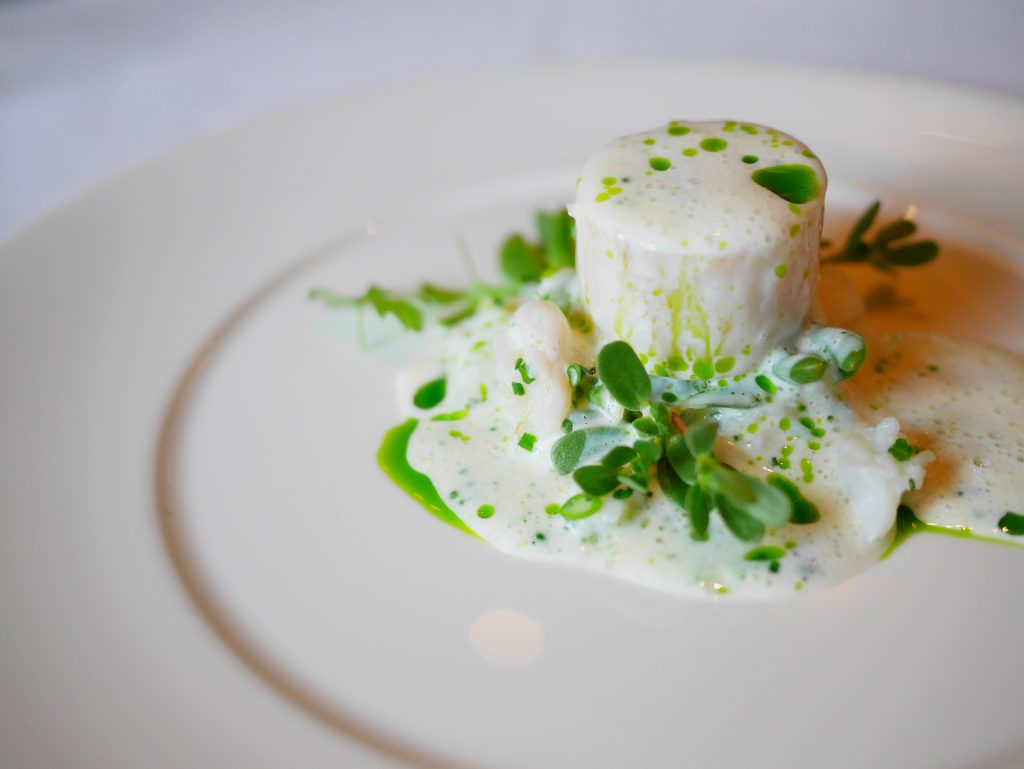 The Murray Cod, spanner crab and smoked sour cream dish was an exceptional dish. We absolutely love cod and have had this fish a number of times especially when we were in Europe. It has such an interesting texture for a fish, almost like a scallop. And this is probably why Woodland House ingeniously presented the cod to look like a scallop! It was cooked to perfection and the lovely sauce poured over it was flavoured but not too intrusive. It complemented and ensured the cod was the hero of the dish. 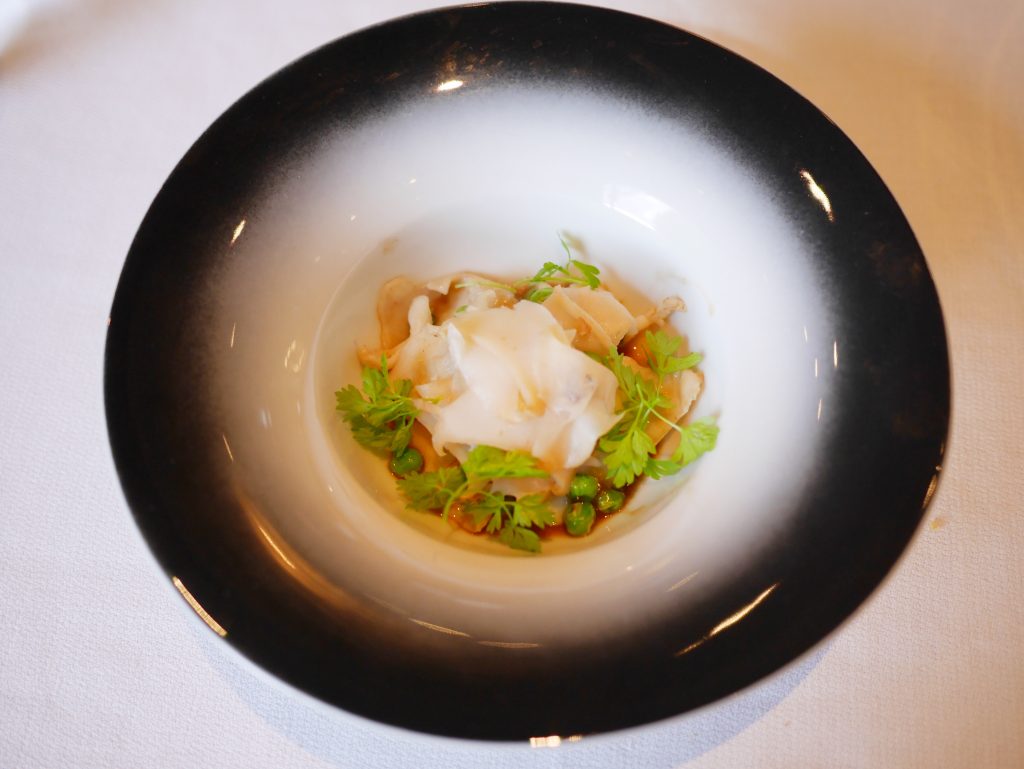 The green peas, cured pork fat, abalone and sardine dressing dish was a truly balanced dish. The sardine dressing was like a silky smooth sauce and flavoured well. Again it didn’t overpower the star of the dish, the abalone which was paper thin and the softest we’ve ever had! 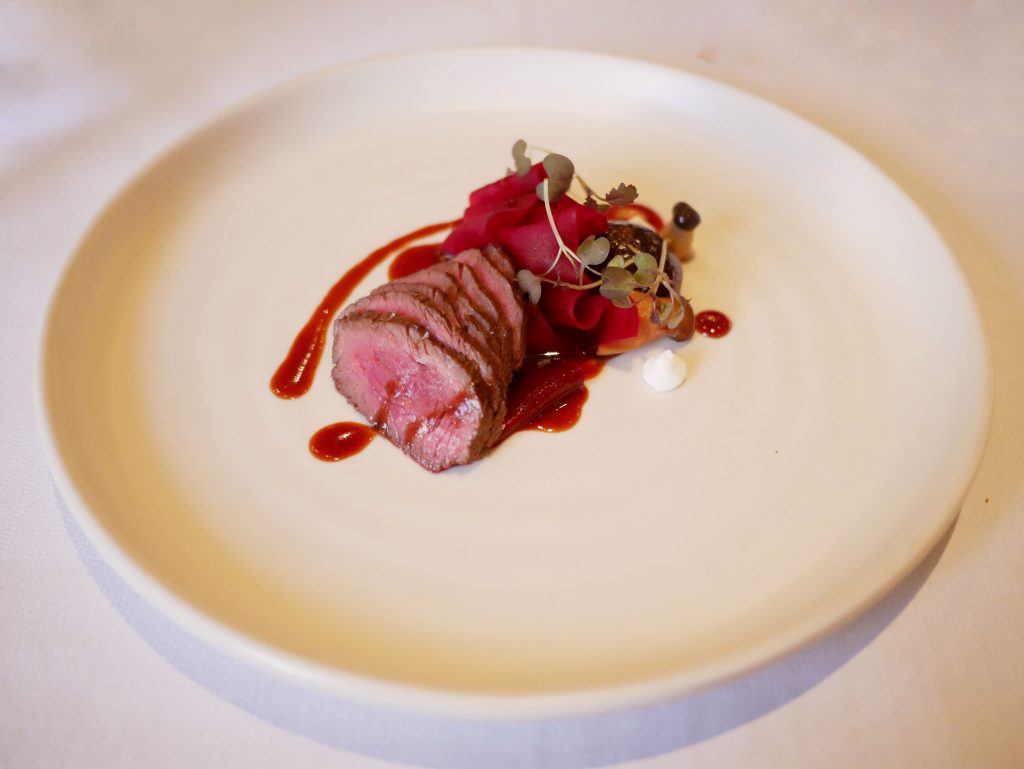 The Sancho kangaroo, pickled beetroot and currant reduction was also another highlight. The kangaroo was cooked perfectly, rare to medium rare, and they had these cute little mushrooms we’ve never had before which had a lovely bouncy texture to it. 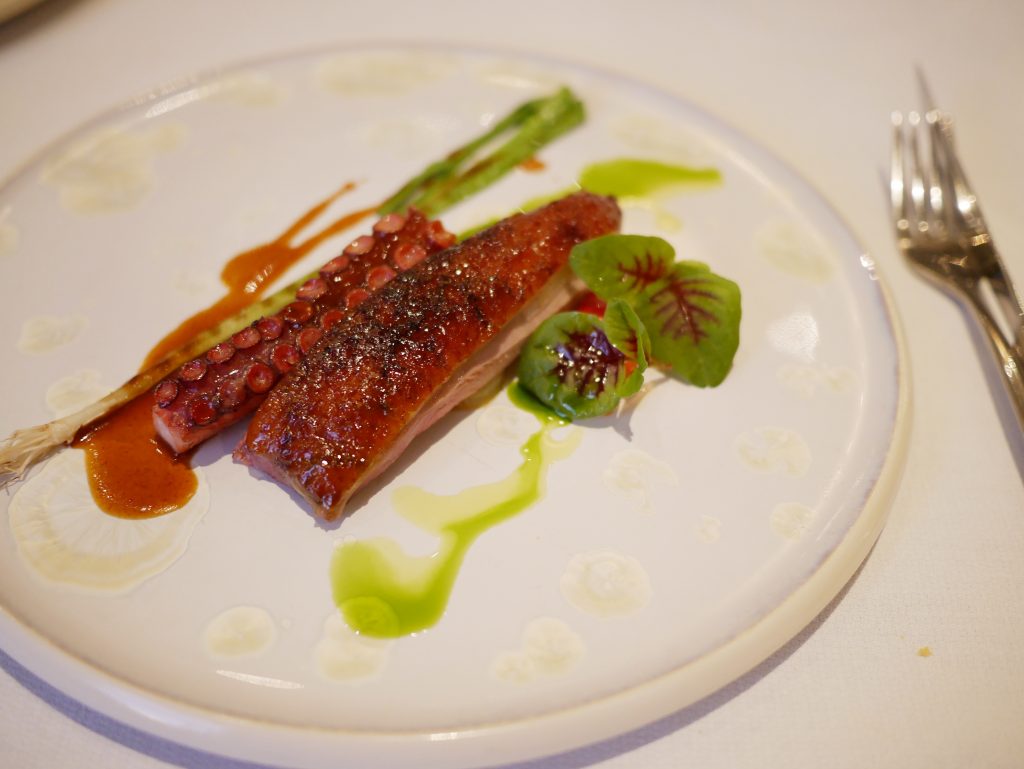 The corn fed duck, grilled octopus and sweet pepper was also another amazing dish. The skin on the duck was so crispy and flavoured. The grilled octopus was an interesting combination with the duck but it worked. 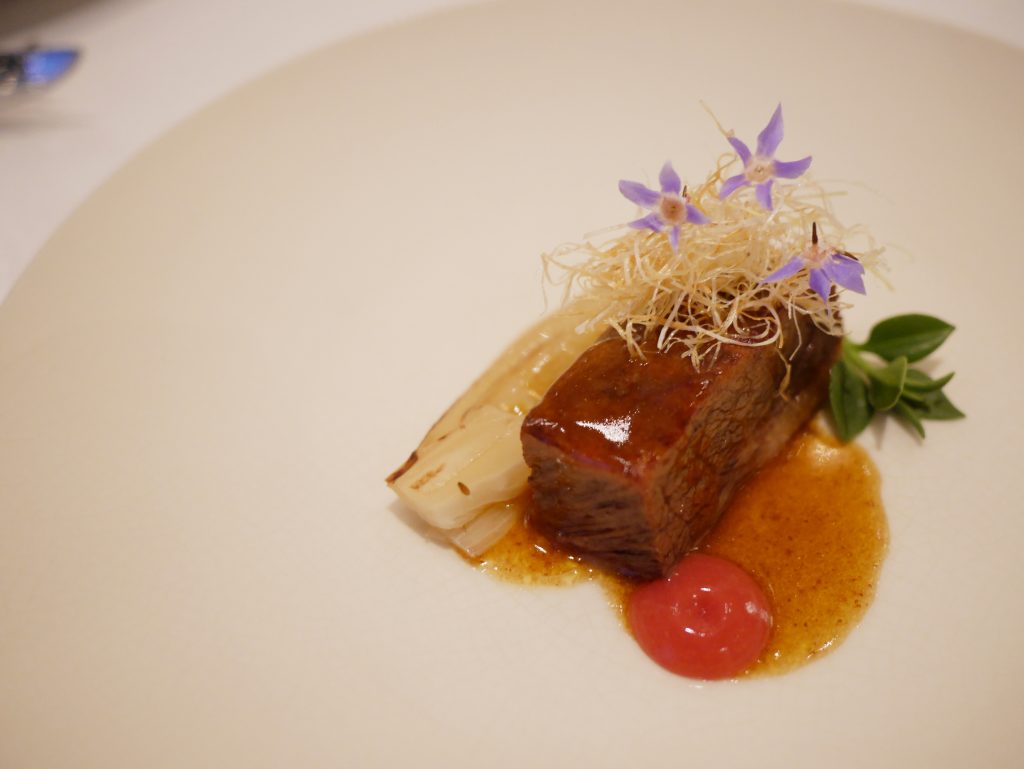 The Cape Grim short rib, witlof, preserved plum and horseradish dish. The beef was cooked for 7 hours and it was melt in your mouth soft. The bitterness of the witlof gave it an interesting flavour. 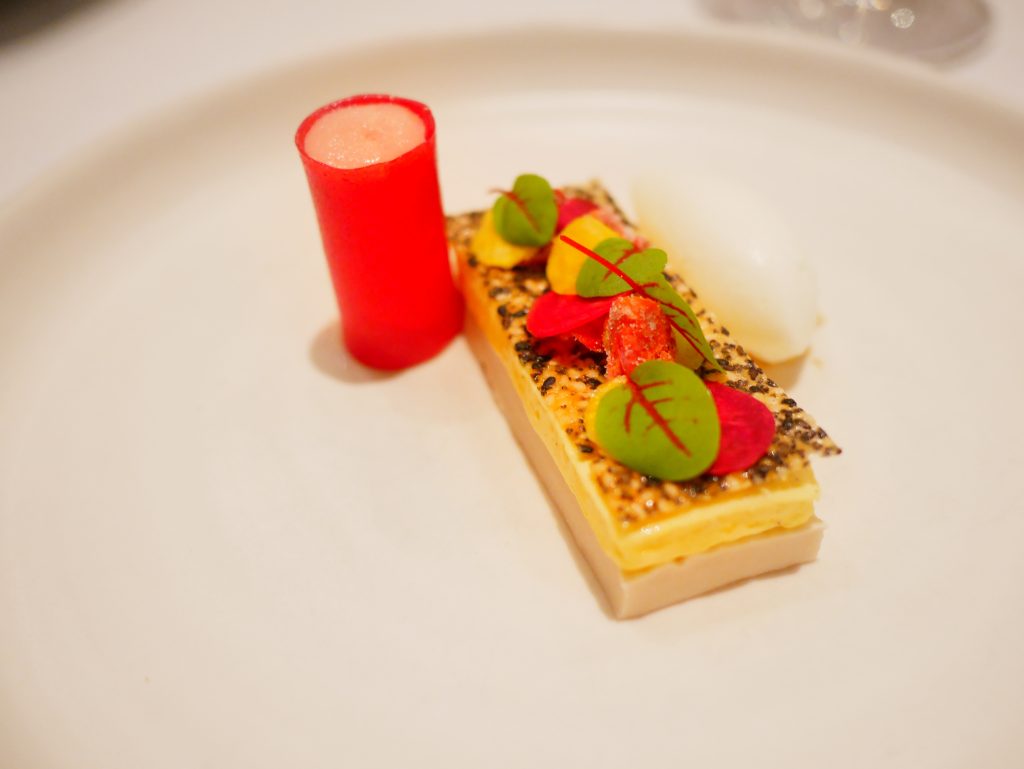 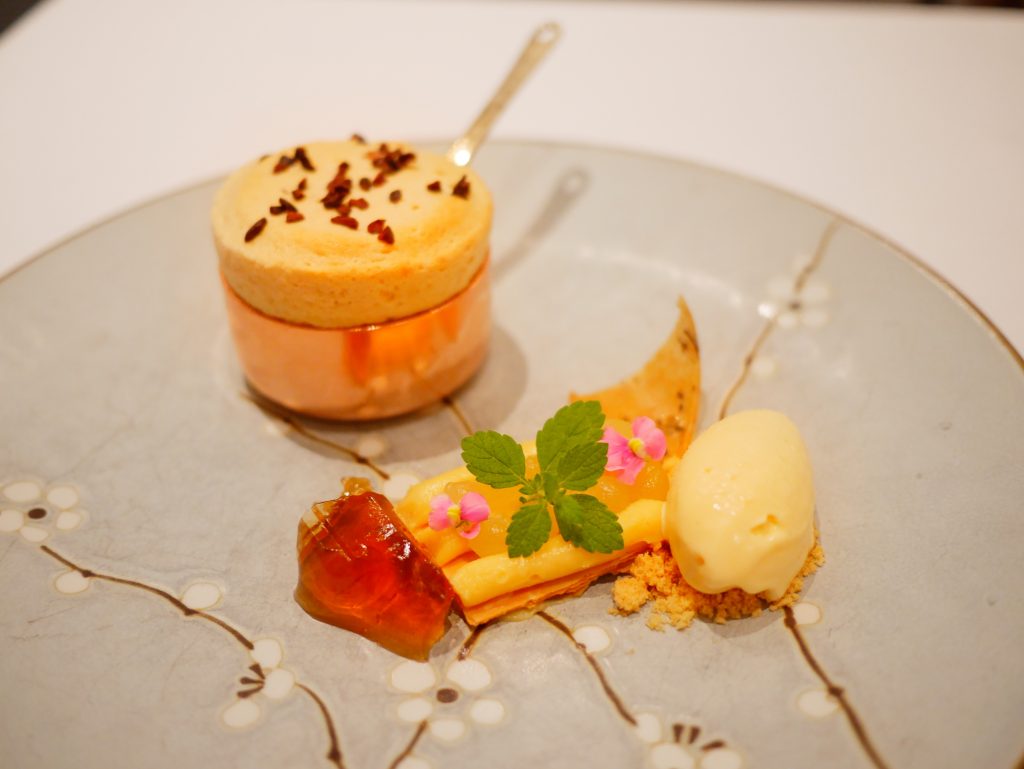 We also had a number of desserts which included the chestnut with sesame, beetroot and yoghurt sorbet, and the pear souffle with salted liquorice icecream and star anise. Both desserts were delicious and presented beautifully. 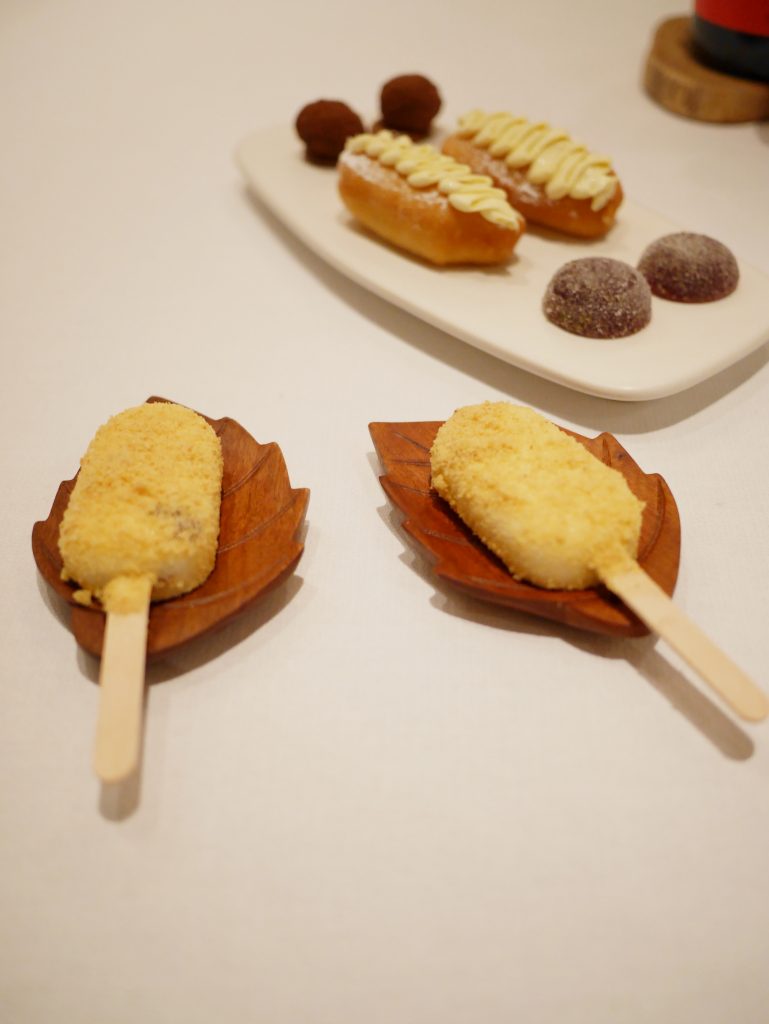 We were also served some complimentary additional desserts. What stood out from this for us was the miso butter icecream which was SO good! It was light and buttery with a subtle strawberry jam which was not too sweet. To add to the delightful experience they allowed us to take home the remainder half bottle of our red wine.

We were thoroughly impressed with Woodland House. From the attentive service, to the top quality presentation and well balanced flavour of the dishes, it is truly an all out experience that we would highly recommend to anyone that wants to fine dine or celebrate something special. 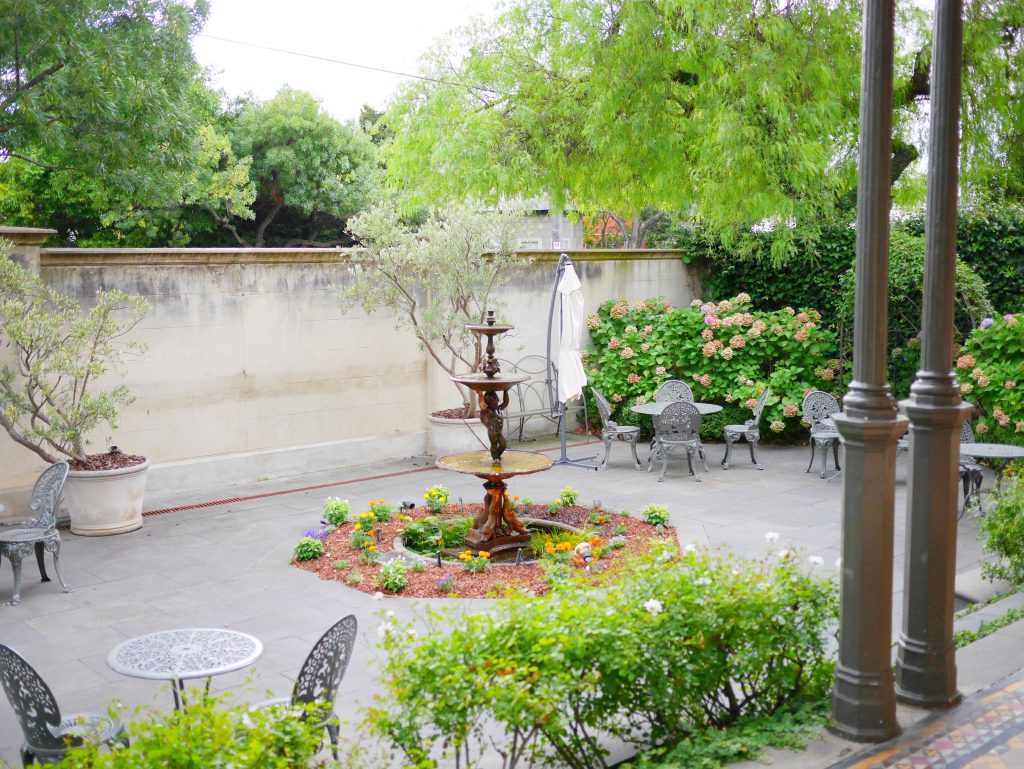