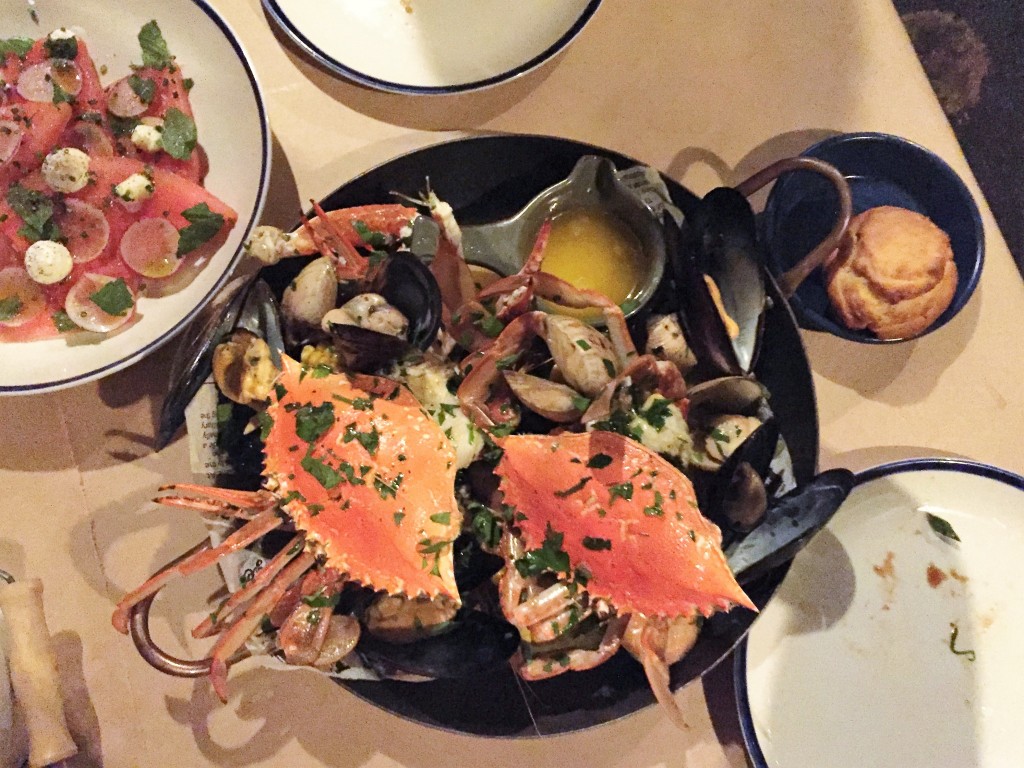 With all the glorious food that’s available in Melbourne, one thing we haven’t come across much is a place that does good crab! Given Miss Katie’s Crab Shack specialises in these lovely creatures we had to try it out.

Miss Katie’s is located within the Rochester Hotel in Fitzroy. A large red neon sign in the shape of a crab is attached to the building, a clue to point you in the right direction. You have to walk through the main pub to find yet another crab sign and the entrance to the restaurant. The interior is the usual industrial brick, concrete and wooden feel we’ve been seeing a lot in cafes and restaurants. The lights inside are dim to reflect the casual late night feed we were about to get into. Definitely don’t worry about dressing up because you’re there to get your hands dirty! 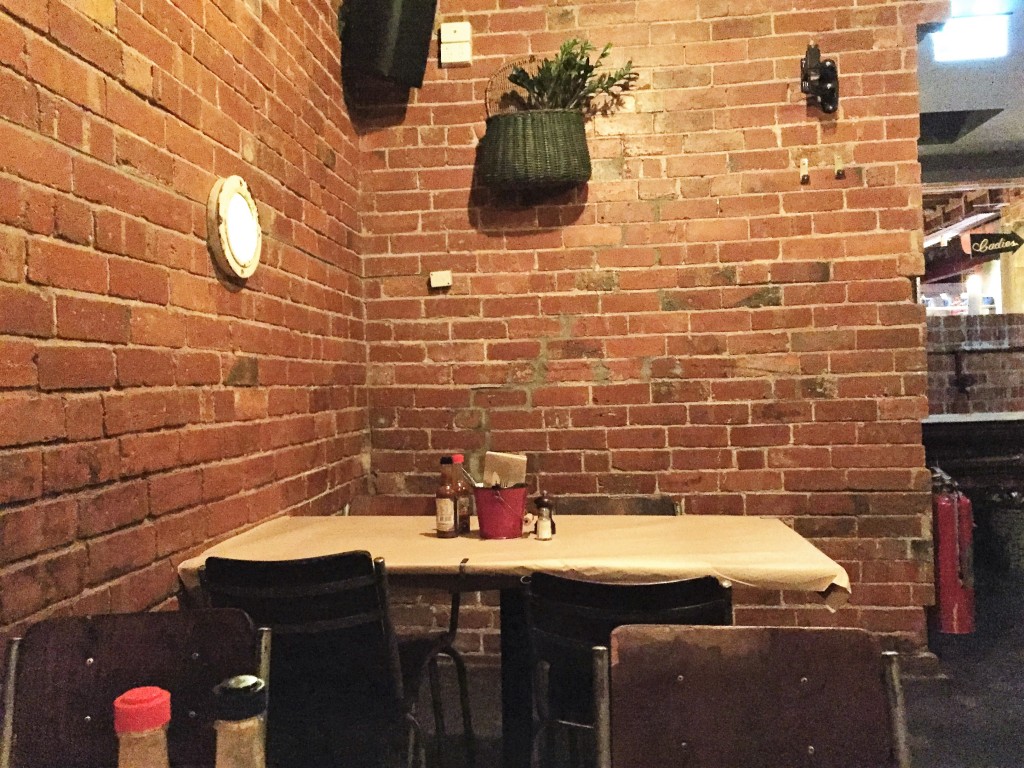 To start off with we ordered some of the oysters with mignonette and horseradish which were fresh and good. We loved the horseradish kick! We also got some glazed chicken ribs which were also quite nice. But onto the star of the show… the crab! 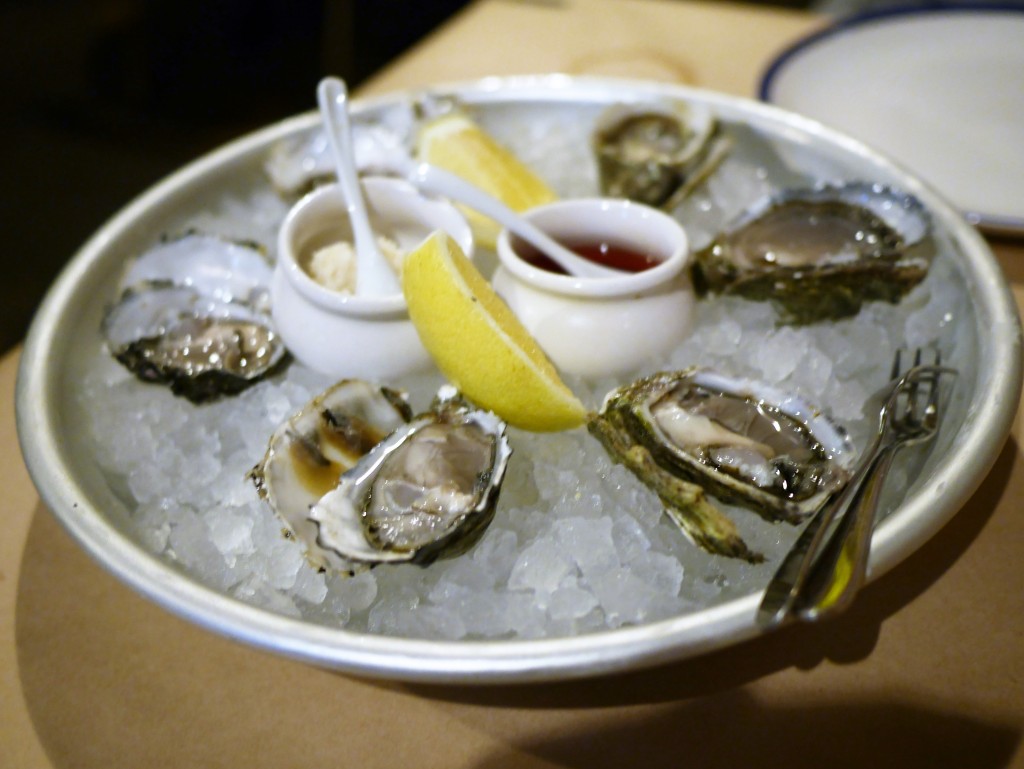 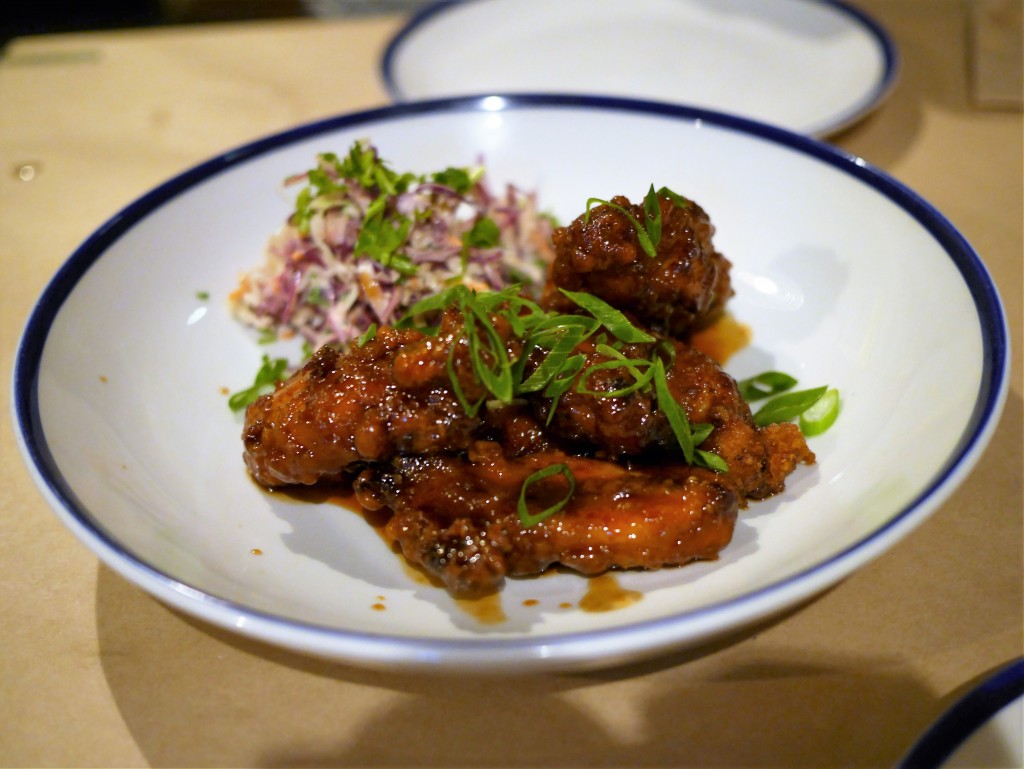 The menu lets you ‘build your own boil’ and every boil comes with cob corn, spicy kransky, chat potatoes and a 300g – 400g organic Australian blue swimmer crab. We added an extra blue swimmer crab as Davin and I were certainly not sharing! We also got king prawns, surf clams, mussels and some freshly baked corn bread. It came out looking amazing and it tasted pretty amazing too! You just dig in and go for it! Oh and we can’t forget to mention the delicious salad that we also got which had watermelon, jalapeno, radish salad, goats curd and mint. It was so refreshing, the combination of the goats curd and sweetness of the watermelon was brilliant. 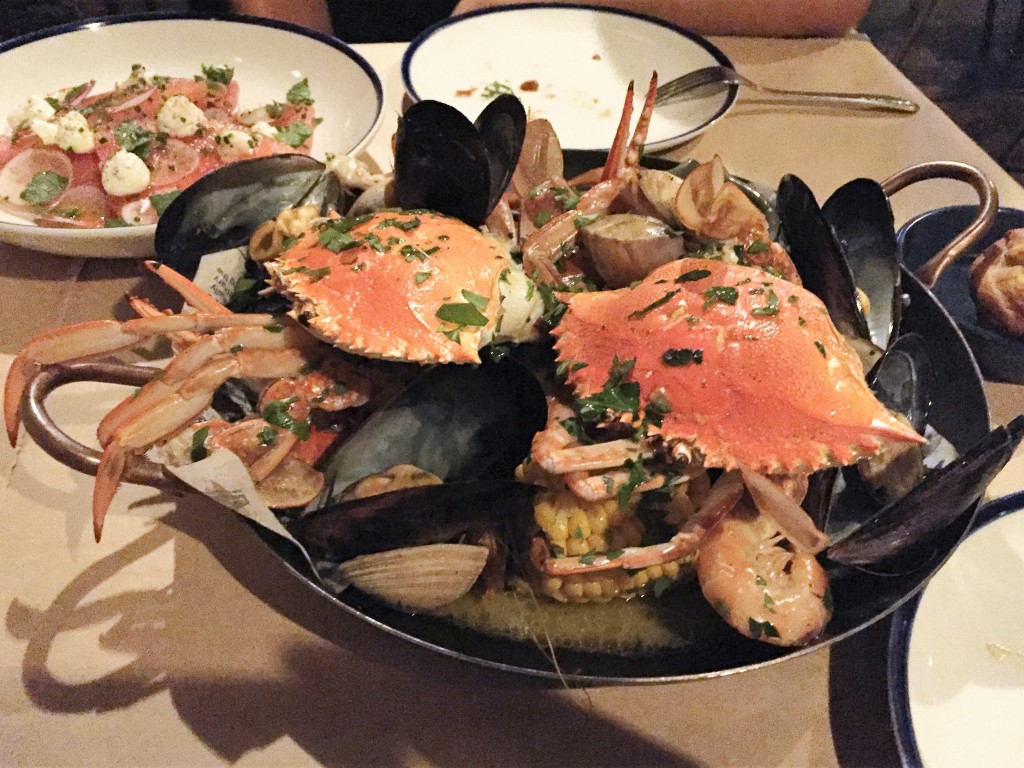 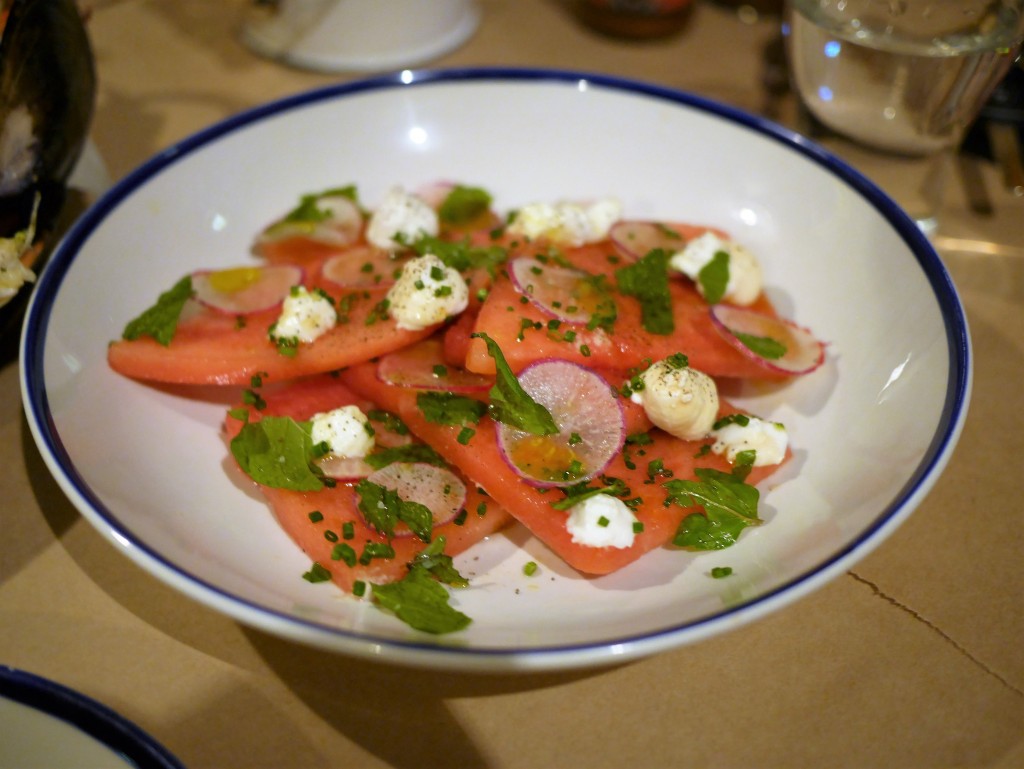 Overall it was a great experience, we ordered a couple of cocktails to go with our food and it was a good night! A great place to take some of your family and friends for a casual, good feed! 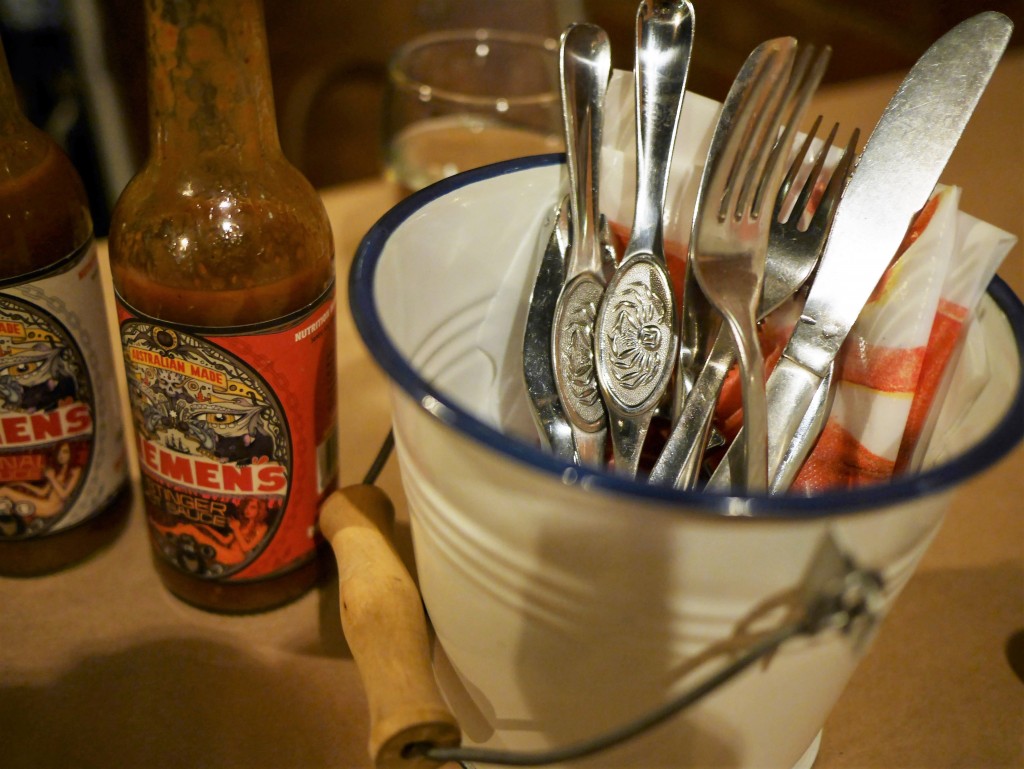 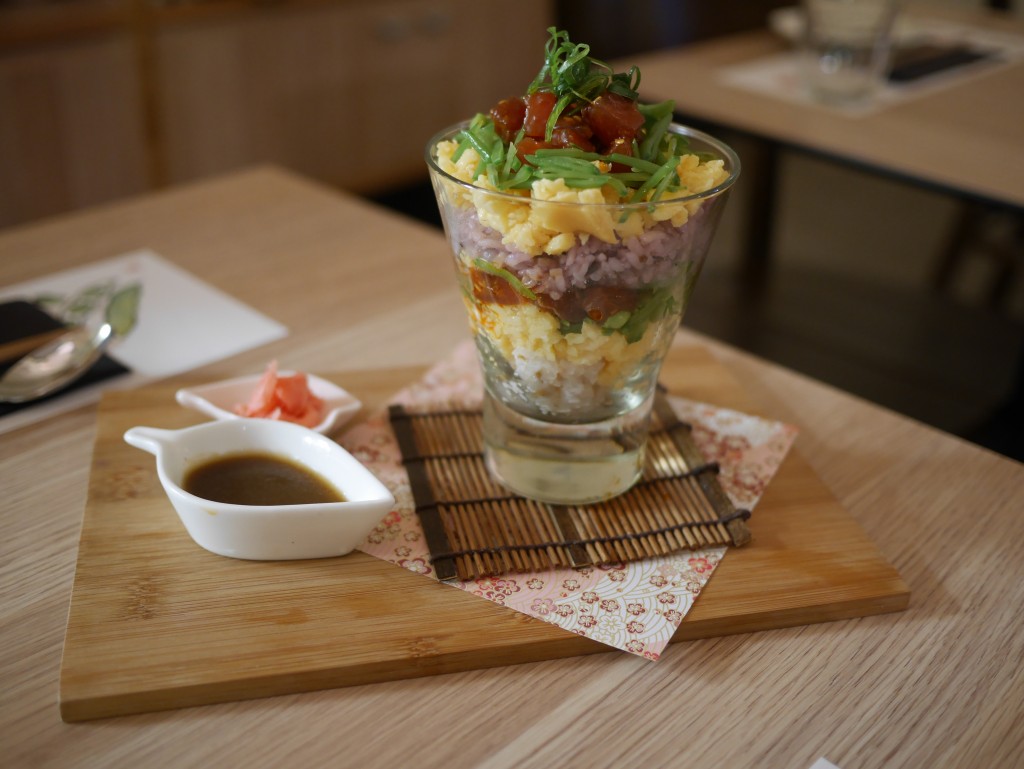 Ponshu Kiroro recently invited us to their restaurant which they only opened about 4 months ago. We were excited to try it out as their food is based only from Hokkaido, which is up north of Japan. We didn’t get the chance to explore the north of Japan last time but after trying the food and hearing how lovely the people are there it will definitely be on our list for our next trip!

Tomoko Takashi is their chef and mastermind behind the creation of their menu and was born in Sapporo, Hokkaido. She also became in charge of various programs such as the Japanese version of Master Chef and live cooking shows. 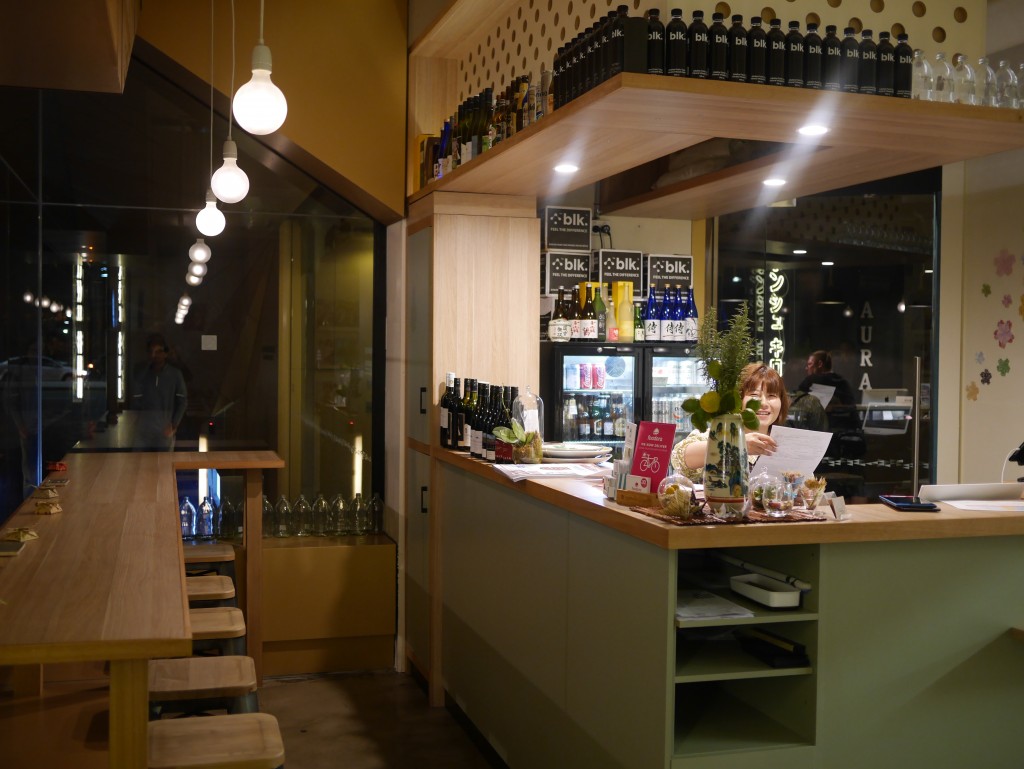 The restaurant is located in the CBD on Katherine Place. It had quite a presence with its large floor to ceiling windows and bright lights. What we did notice however was that the street itself was pretty quiet and it probably has something to do with Flinders Lane being just around the corner where a lot of the restaurants are situated so people probably don’t wander down Katherine Place as much. The restaurant itself felt quite spacious inside and the décor had a nice light wooden feel.

Upon entering we were cheerily greeted by Joel, the manager who seated us and talked us through their menu. As we were invited, we were happy to go with whatever they had in store for us. We started off with the spicy tuna parfait which was such a pretty and colourful dish! It was presented in a glass and had layers of bean curd rice, seaweed rice and hot spicy dressing. It was delicious and one of those dishes you could just keep scoffing!

Next up was the Zangi Senbei, deep fried Hokkaido chicken crackers and stir fried Edame beans with garlic and red chilli. These dishes can of course be found in Hokkaido and are the type of dishes you can snack on with some beer.

For mains we were then served the pork belly which came with Kiroro vinegared soy sauce. The pork itself was slightly dry but the flavours of the sauce were nice. Our highlight dish of the night however was the Hokkaido Chanchan Salmon. The salmon was baked in foil with Hokkaido sweet miso paste. This dish was soooo good! The salmon was cooked perfectly and the sweetness of the sauce brought out the flavours, making it an exceptional dish. 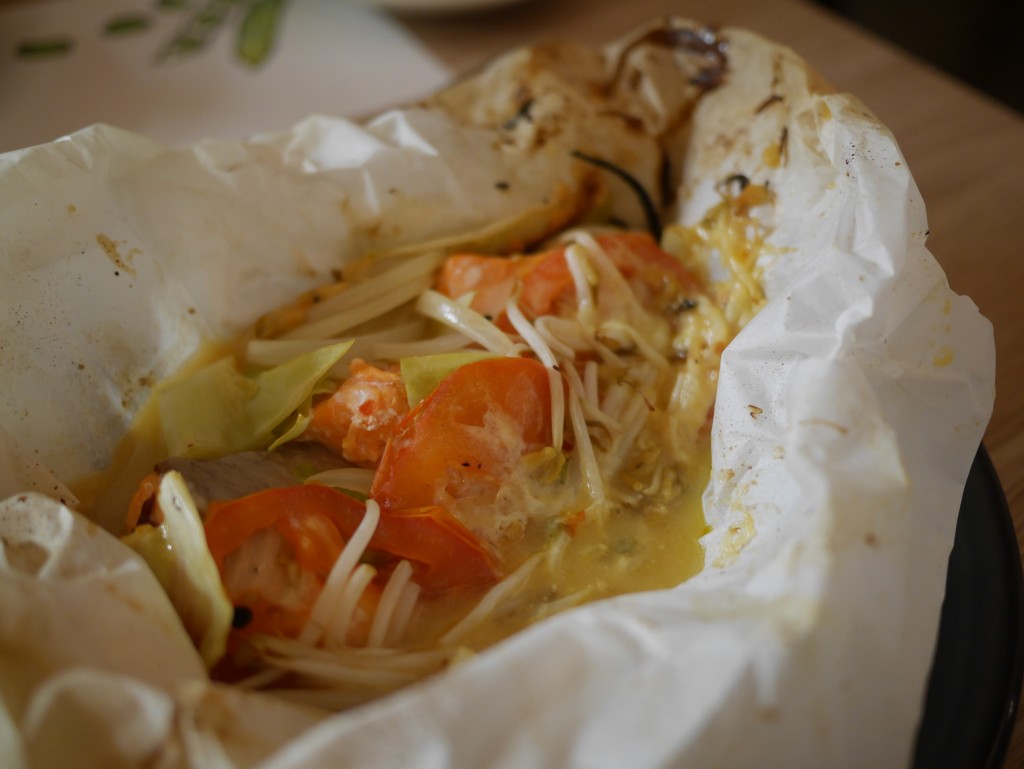 Throughout the night all the staff were super friendly, checking in on us and chatting away, even recommending restaurants to try both in Melbourne and if we’re ever in Hokkaido! Shinji even wrote his name down and told us to let him know when we decide to go to Hokkaido so he can give us a list of recommendations. Being from Hokkaido himself, he talked about how lovely the people are there and how cheap the food is too!

Overall it was a lovely experience and we want to thank Joel and everyone there at Ponshu Kiroro for the warm hospitality. We’re told the Hokkaido ramens, soup based and dry are also apparently quite popular too at lunch time, so if you’re ever in the area do check it out if you’re interested in trying out food from Hokkaido! 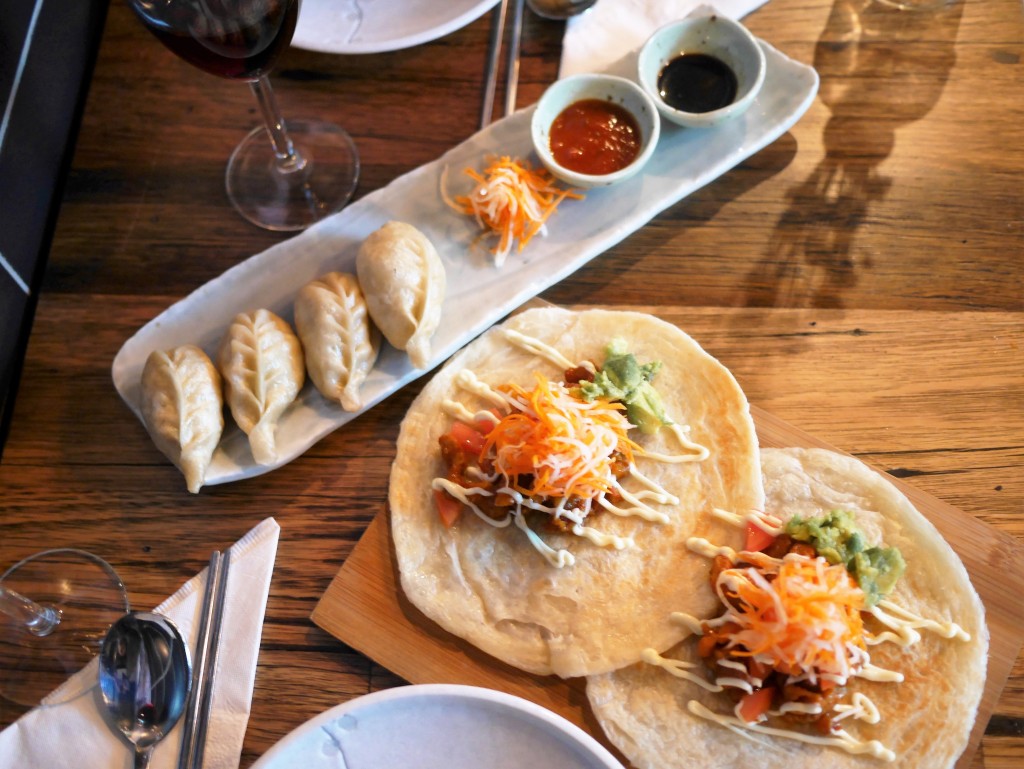 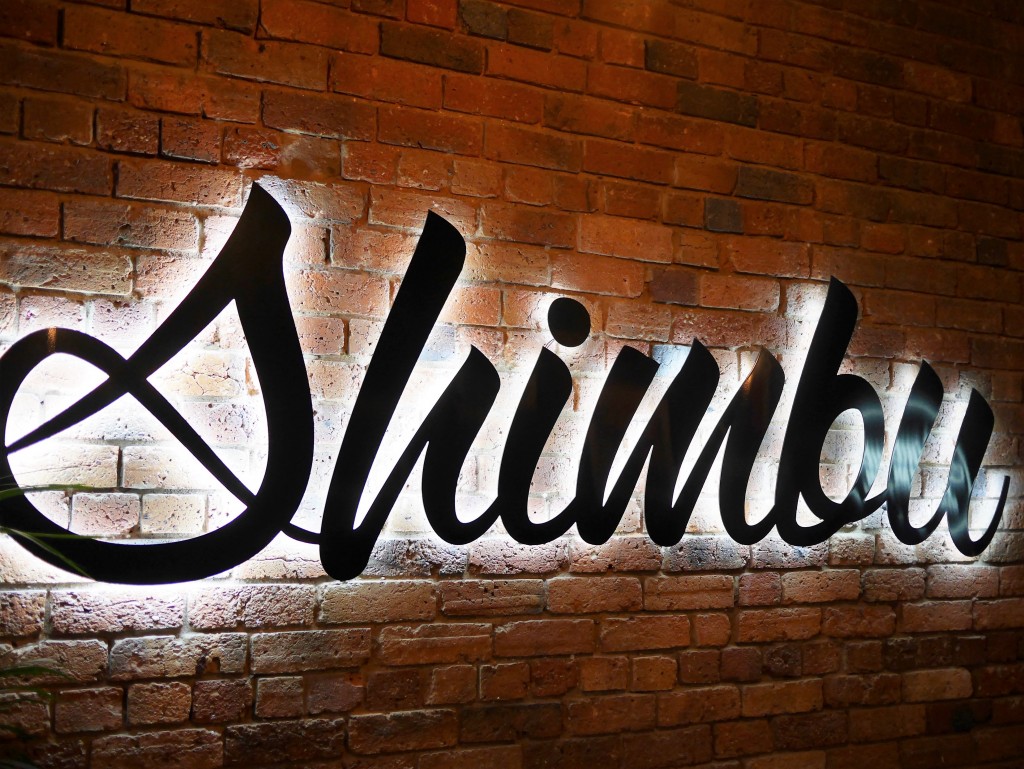 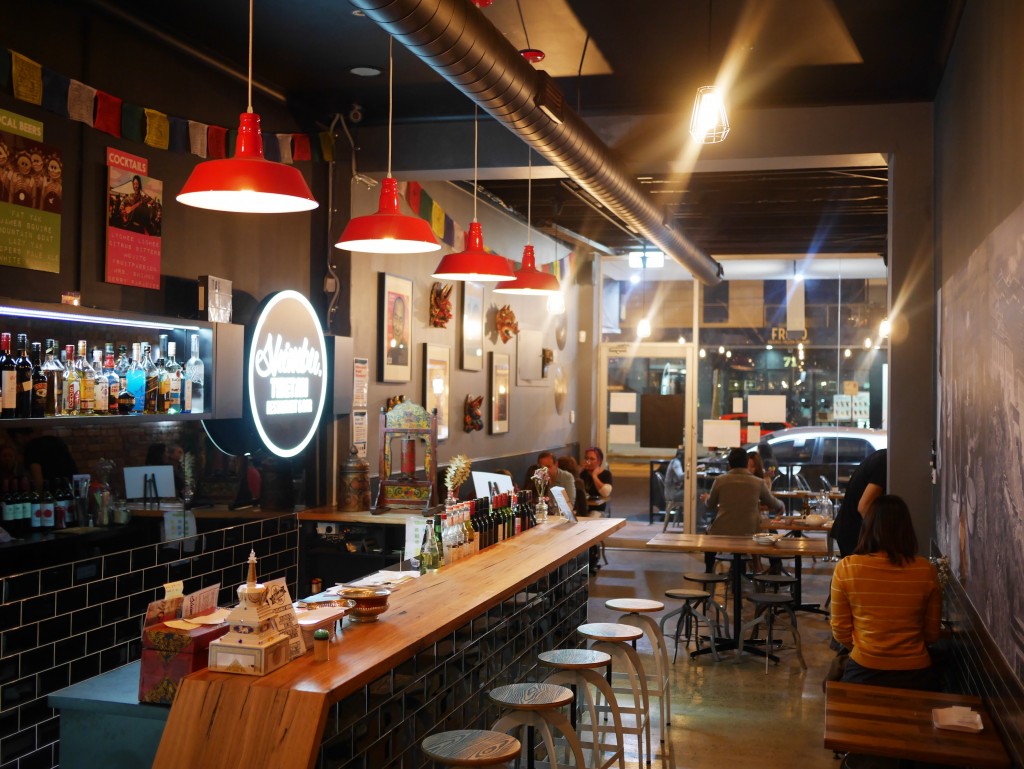 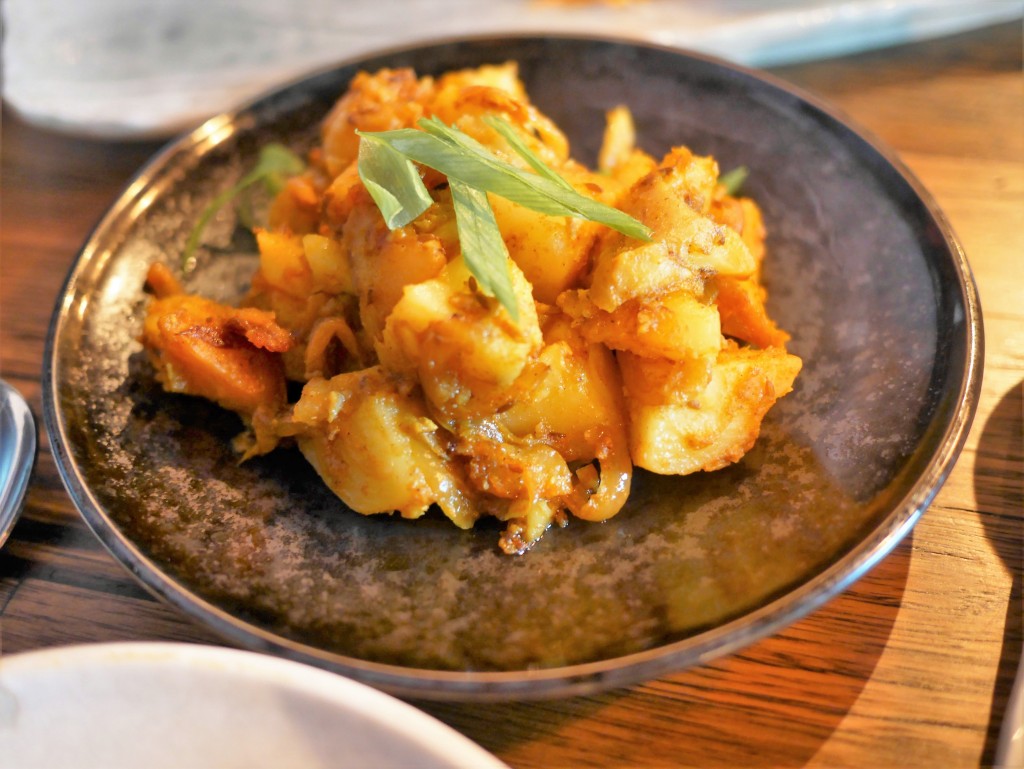 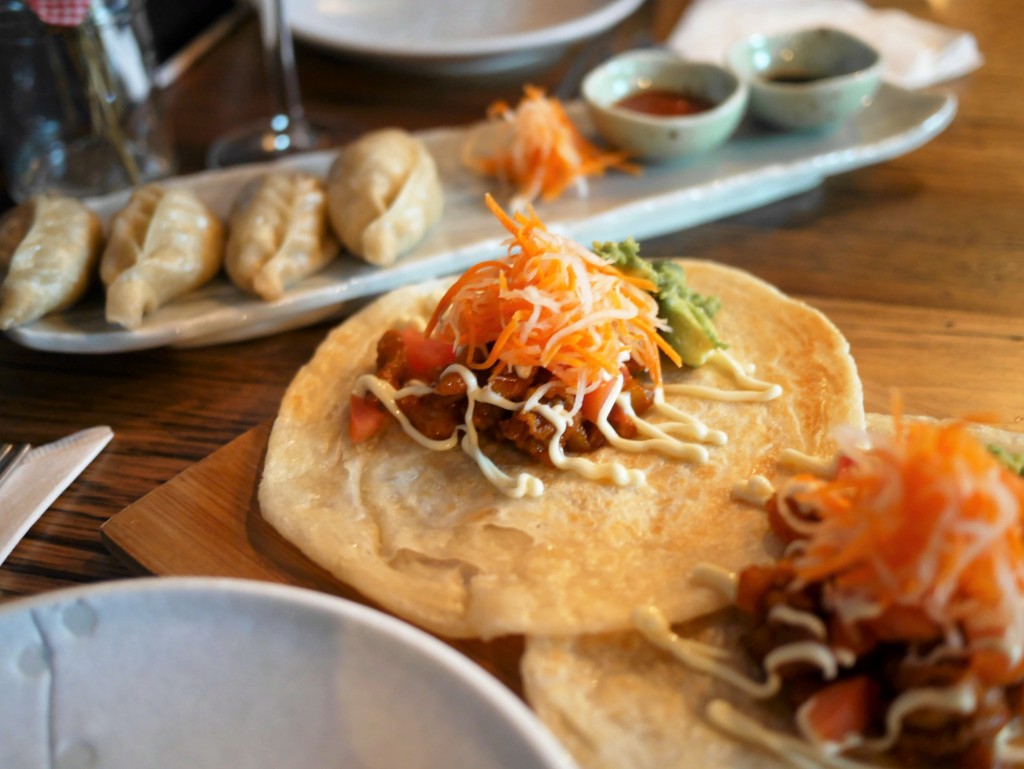 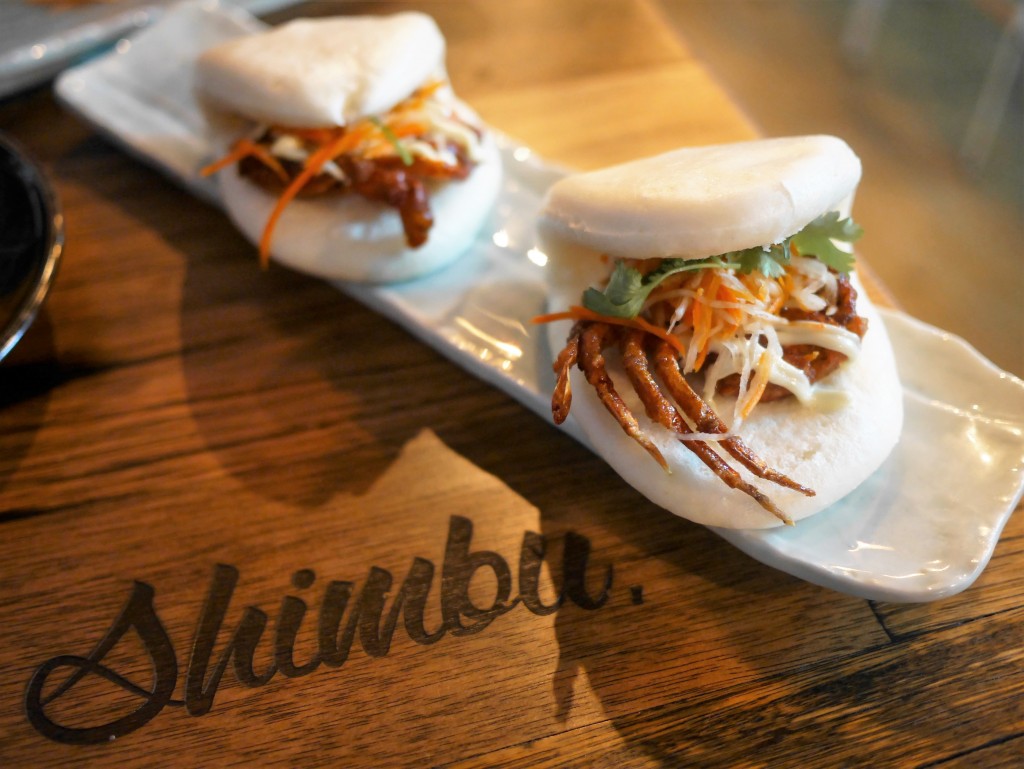 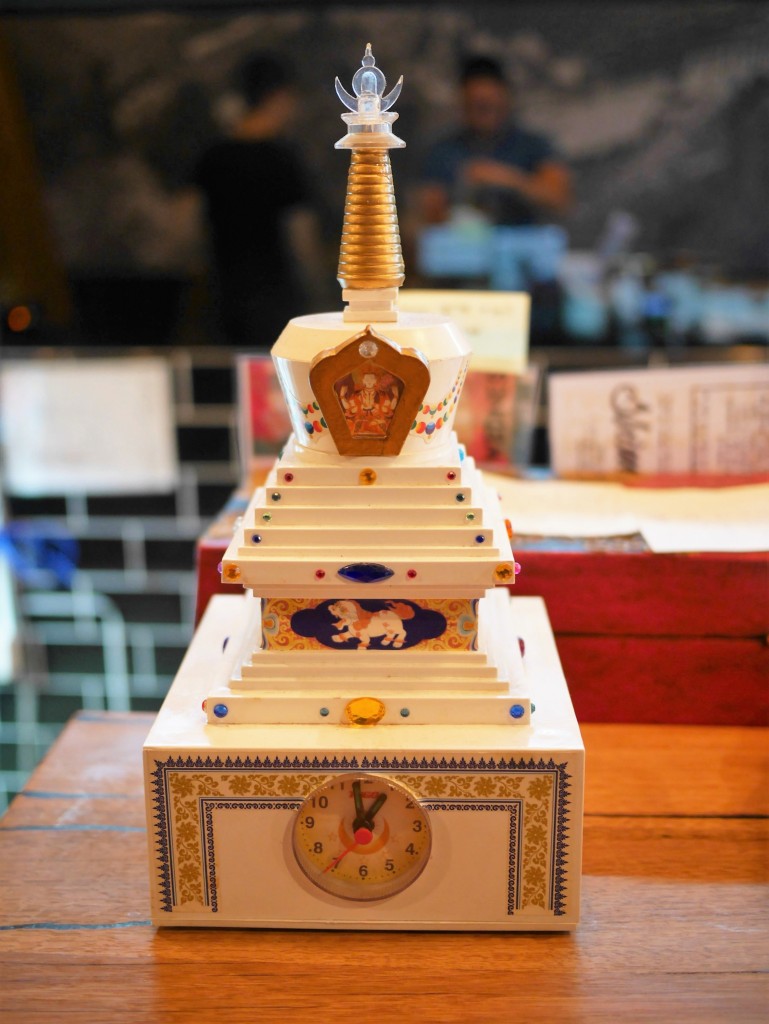