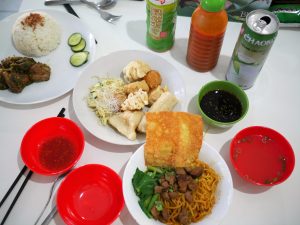 We absolutely love Indonesian cuisine however haven’t come across many local places that have stood out for us. However we recently came across Famili Ria in Surrey Hills which had really high ratings so decided to check it out one night. Upon reading the reviews, the fish cakes were apparently exceptional here and the food really authentic. Now we can’t say we’ve ever had Indonesian fish cakes before and certainly can’t judge on the authenticity. However we know what good food tastes like!

Famili Ria is a small, family style restaurant and its main focus is its food. Upon entering, the menu covered one side of the wall with pictures of all the dishes you can order. The one and only worker there was very friendly and because we were so overwhelmed with the menu and was unsure of what to order, she gave us some recommendations. 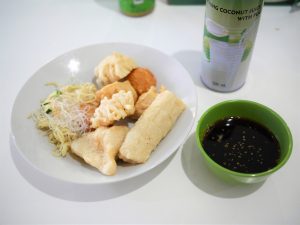 We decided to settle on the Pempek Sampler which were a combination of the different handmade fish cakes as the starter. Given there was so much hype about it we had to try them!

Based on their recommendation, for mains Davin ordered the hot and spicy noodles with chicken and mushrooms, and I ordered the green chilli chicken with rice. We were warned that both dishes were quite spicy and was given the option of the level of spice so we decided to settle on medium.

The fish cakes arrived first with a light sauce and we dug into them. The first thing that came to mind for us was that the texture was quite chewy. It confirmed for us that we’ve never had Indonesian fish cakes before so it was a whole new experience.  We weren’t sure if we liked them or not. There was one in particular in which the batter looked like noodles on the outside which I enjoyed as it had a really nice crunch to it. 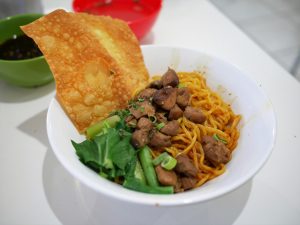 Davin’s noodles were really nice and flavoured but boy were they super spicy! As soon as I took a bite I realised that we probably should have gone with mild instead of medium! Davin can normally eat spicier than me but even he was struggling! The only thing that kept us going was that they were actually quite delicious! Also, the green tea and coconut juice helped a bit! 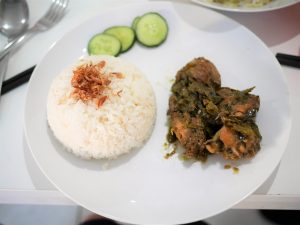 My green chilli chicken with rice was probably the star of the show. The chicken was tender and so flavoured. It was also really spicy but again because it was so nice you just had to keep going. I knew the green chillis were probably the source of the heat but you couldn’t help but scoop a bit of that with each bite of the chicken. So good! 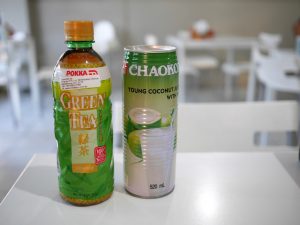 Overall the food was quite good and cheap. My dish was $10.50 and Davin’s was $9.50. The fish cakes sampler was $14 so it was definitely one of our cheaper meals! If you’re ever in the mood for some Indonesian check it out and decide for yourself! 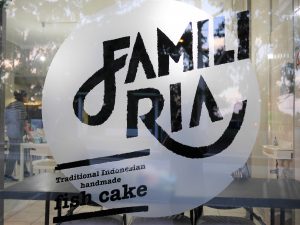