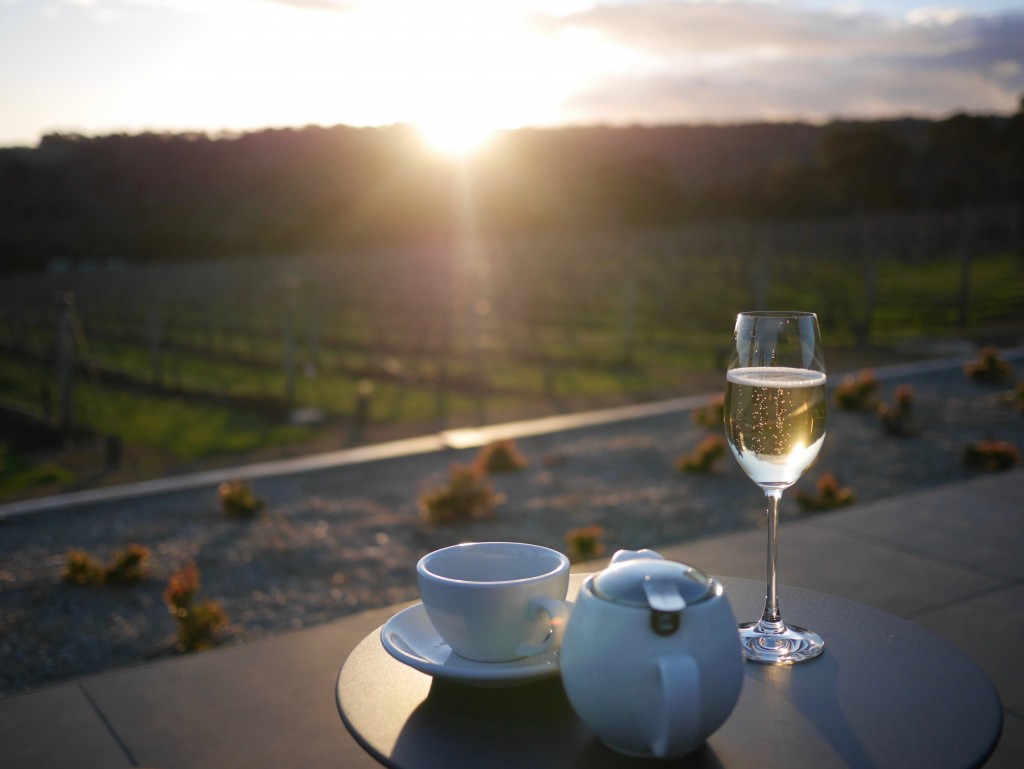 A couple weekends ago we visited Rare Hare, a restaurant out in Mornington Peninsula, which is part of a fairly brand new establishment called Jackalope.

Jackalope is a unique one stop shop getaway which includes a luxury art hotel, a vineyard and wine tasting cellar, a fancy cocktail lounge called Flaggerooot, a fine dining restaurant called Doot Doot Doot and a more casual style restaurant called Rare Hare. You literally don’t need to go anywhere else and could spend the whole day here. Or even stay there the night if you want to!

Anyway on that day our focus was Rare Hare because we had heard good things about it. Now Jackalope has only been around since April this year so it is VERY new and yet the word was already out there about how amazing the place was. In fact the day after we visited, it was featured on TV on Postcards.

Rare Hare only takes bookings for groups of 8 or more so we decided to show up at 2 PM on a Saturday afternoon for a late lunch. The restaurant was still buzzing! We were told it would be about an hour wait and I provided my mobile number so they could text me once our table was ready. This gave us time to explore the grounds. First stop? Straight to the wine cellar of course for some wine tasting! 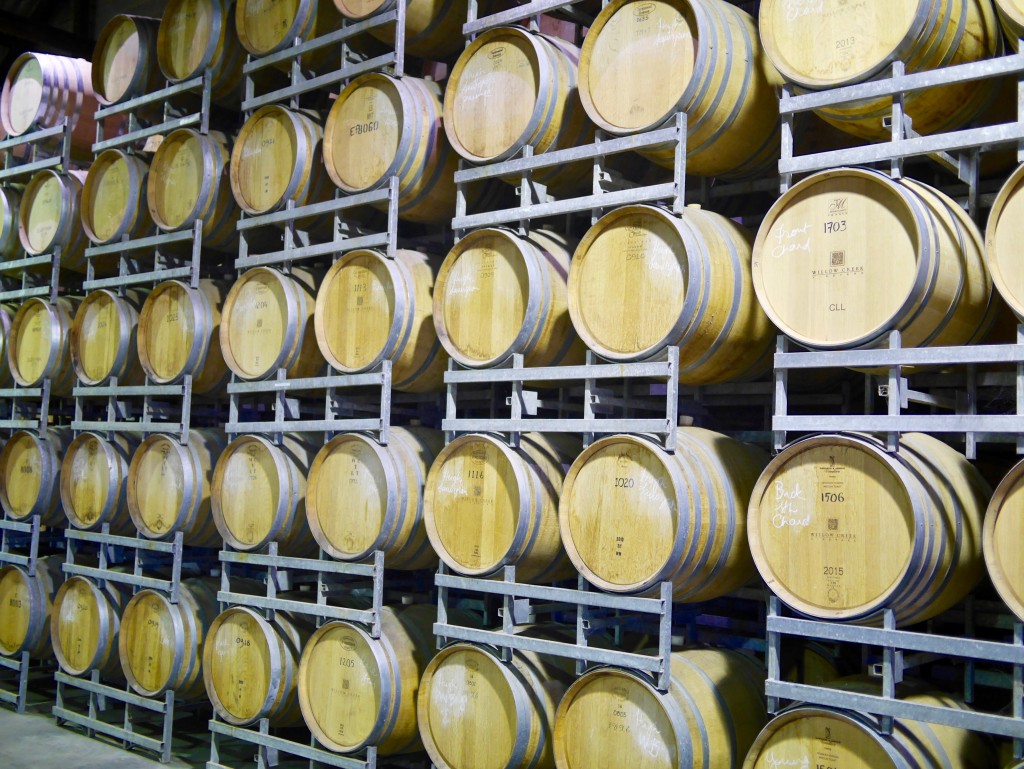 The wine cellar entrance is attached to the restaurant and so after we put our name down on the waiting list we walked straight through the door into a huge open warehouse space with an abundance of wine barrels from floor to ceiling lined up against the walls and perimeter of the warehouse. It was quite a sight! Outdoor heaters were set up in the warehouse for warmth near the wine tasting table. Staff there were very friendly and chatty. And surprisingly all the wines were quite good! We’re not Chardonnay drinkers and almost passed on tasting it but the friendly staff convinced us to give it a go, and guess what? It was so good we ended up buying a bottle! We also purchased a Shiraz and a Brut to take home and was very pleasantly surprised with the quality of the wines.

With still time on our hands we then went to check out their cocktail lounge which is located just inside the Jackalope hotel. As soon as we entered we were like wow! This is a glamorous cocktail lounge you would probably normally experience in the city but not out in Mornington Peninsula! We seated ourselves at the bar which had a lovely marble finish and ordered a couple of cocktails. Behind the bar there was an abundance of colourful bottles of liquor. They also had a bar food menu so we decided to order the truffle mac and cheese croquettes, which were AMAZING. The batter was so crispy and the filling oozed of delicious goodness. 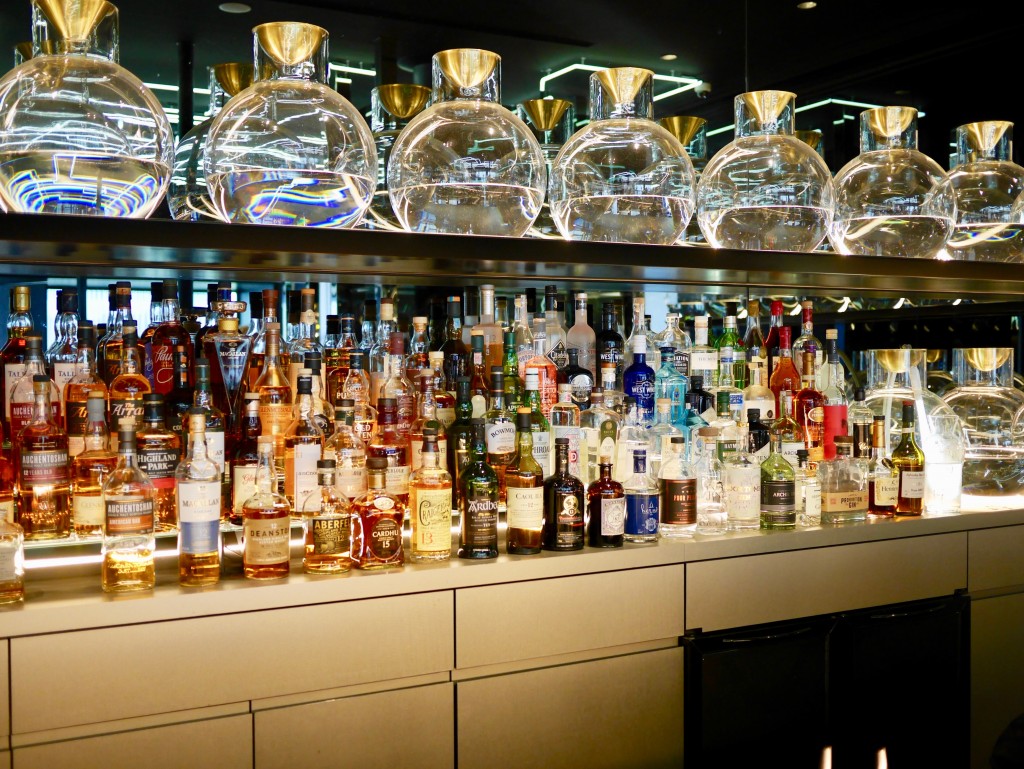 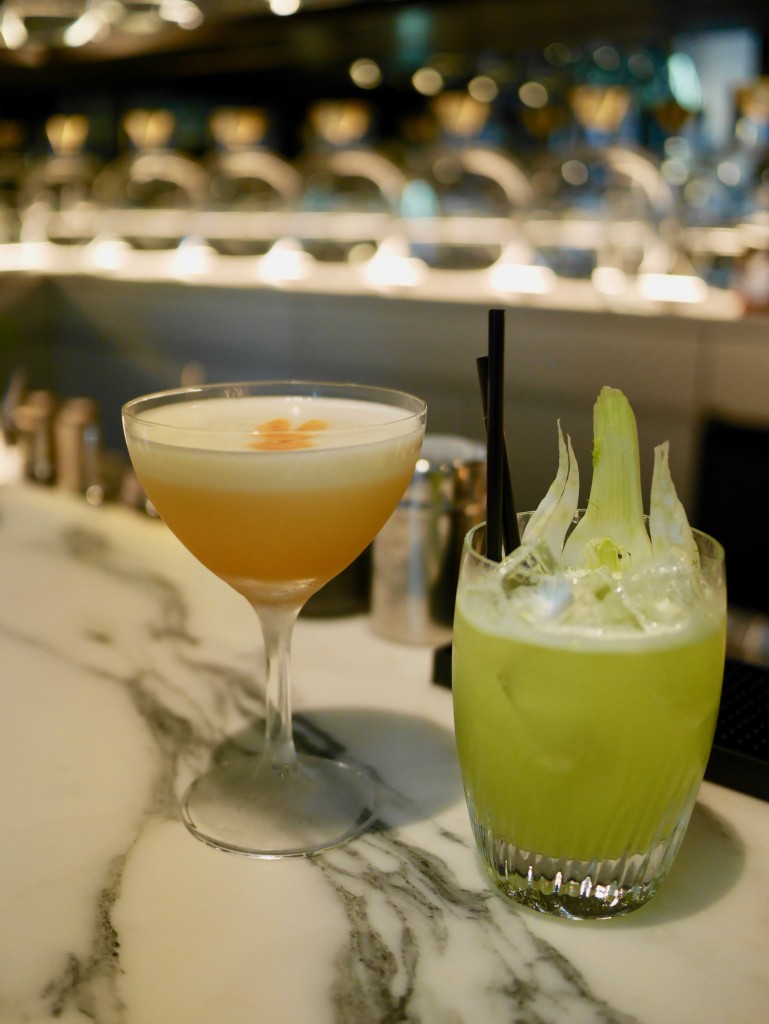 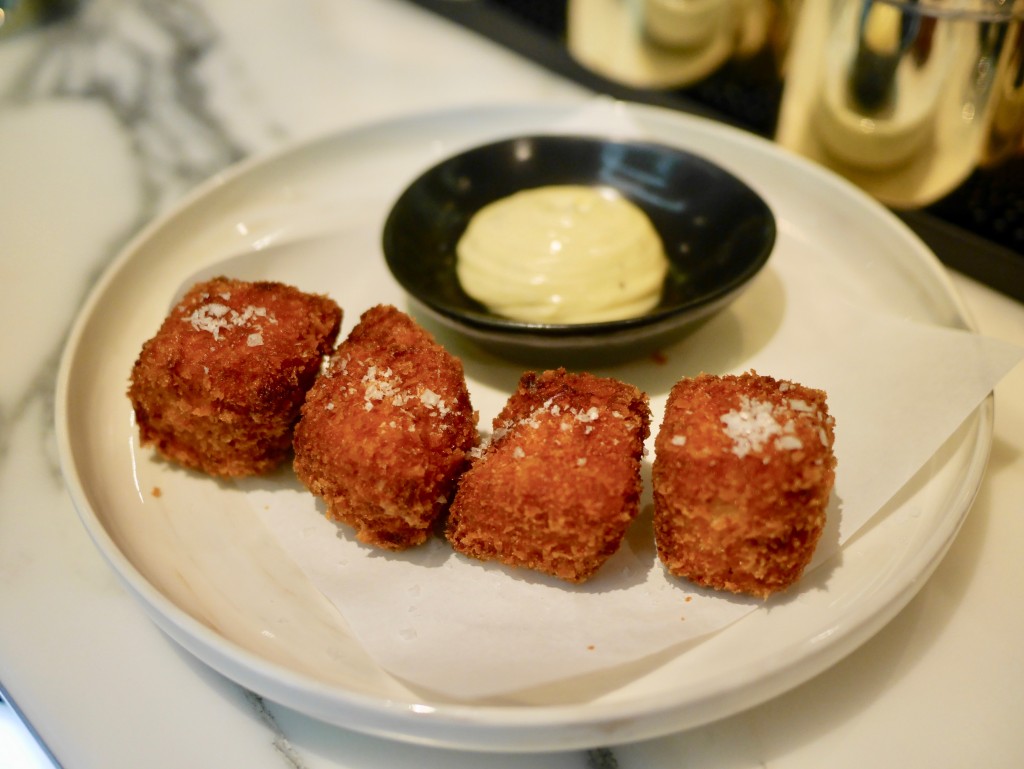 It was not long after I got a text advising us our table was available so off we went to Rare Hare. It was still packed when we were seated and handed the menus. Everything on the menu looked great. We started off with their pacific oysters and got half a dozen with a migonette sauce. We enjoyed it with their lovely 2012 Wllow Creek Vineyard Brut which went really well with it. The oysters so fresh! In fact they were so good we ended up ordering another half a dozen! We also ordered some cured meats and the cured trout with horseradish creme which were both delicate, fresh and delicious. 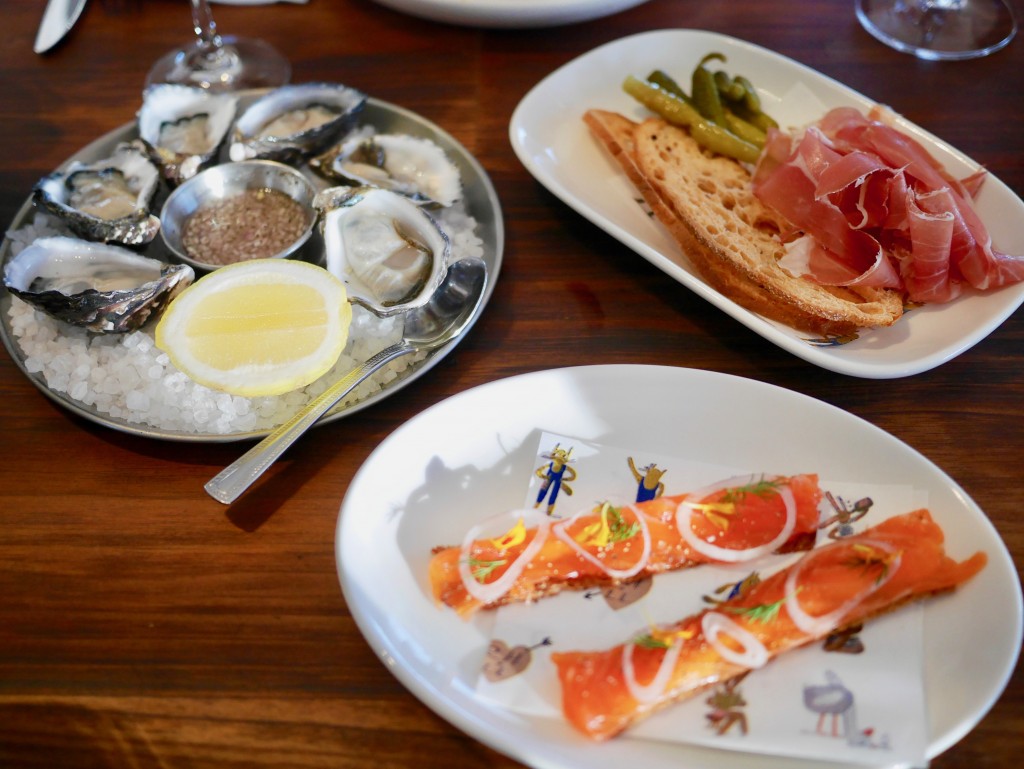 For mains we ordered the kingfish, rare venison, chargrilled squid and beef cheeks to share. There isn’t even any point in describing each dish because every single dish was faultless. The presentation of the dishes were beautiful and the flavours were spot on. They really focused on highlighting their fresh produce and we were really impressed with the quality of their food. We also got the meringue which had lemon verbena, fennel seed custard and rhubarb for dessert which was also spectacular. What more can we say? We are super happy that we found this gem and we’ll definitely be back for more of their amazing food. 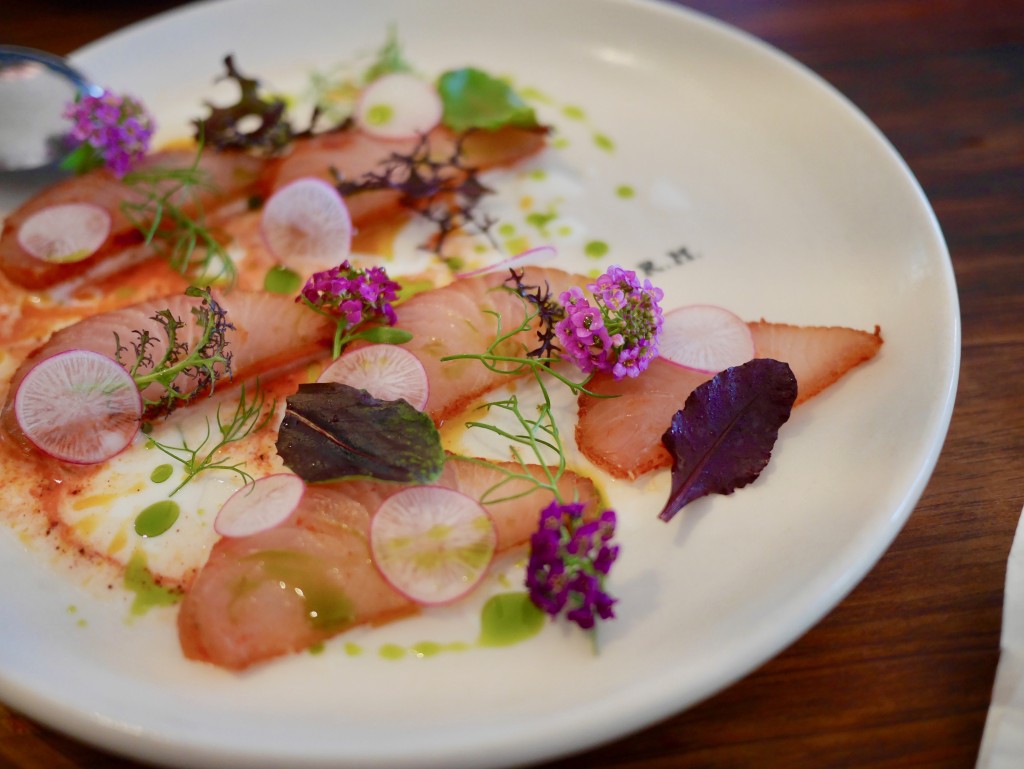 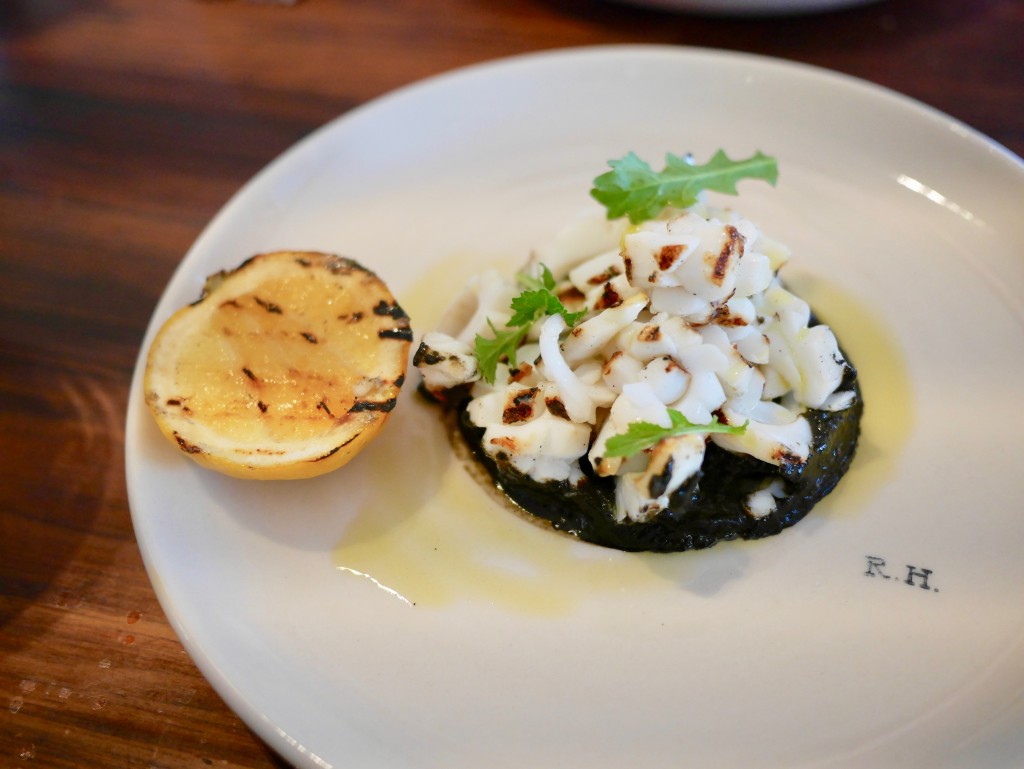 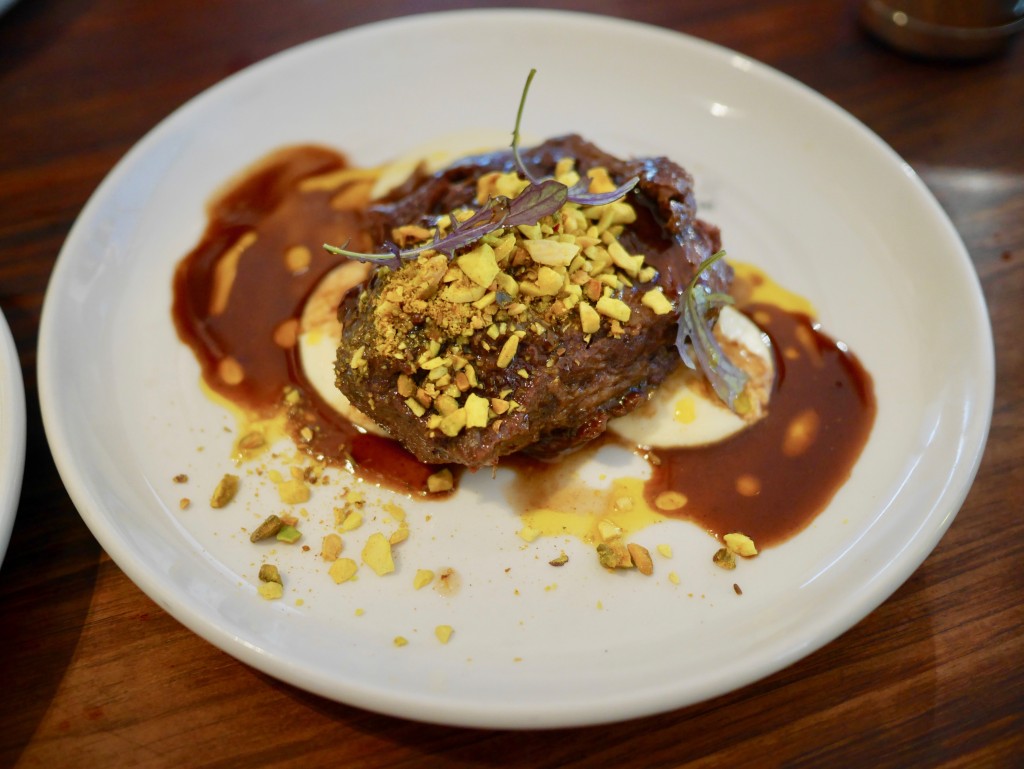 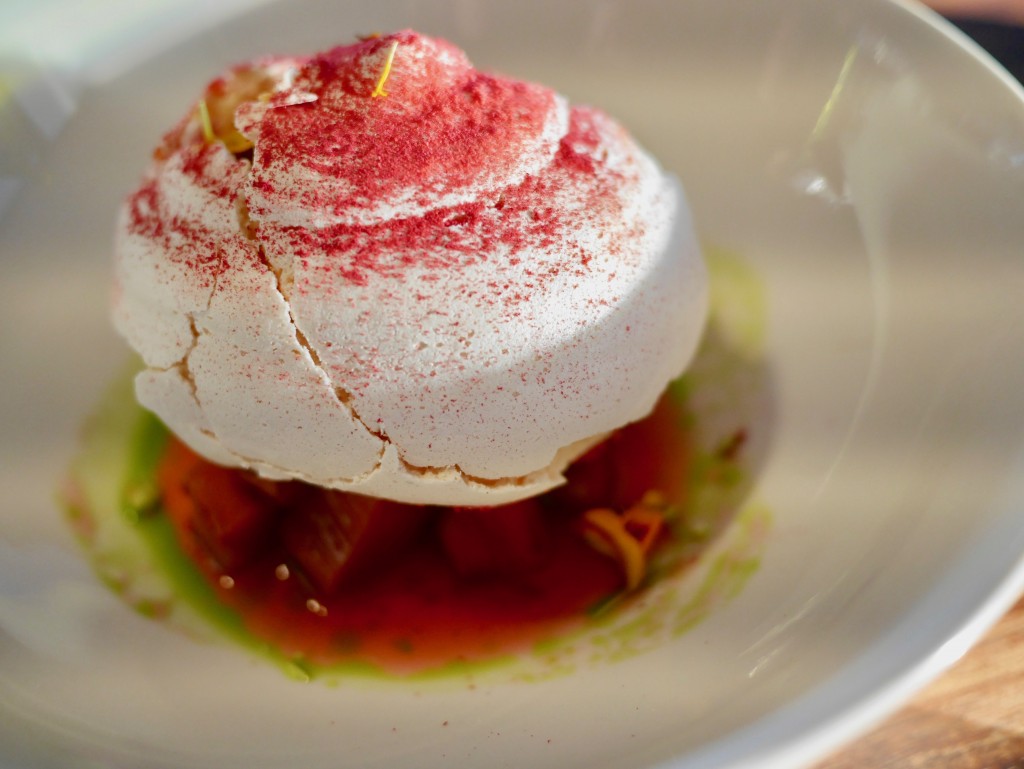 We ended up finishing the great day by sitting on their comfortable chairs outside with a final glass of sparkly (tea for Davin as he was driving), watching the sunset before we headed home. It was a perfect day. 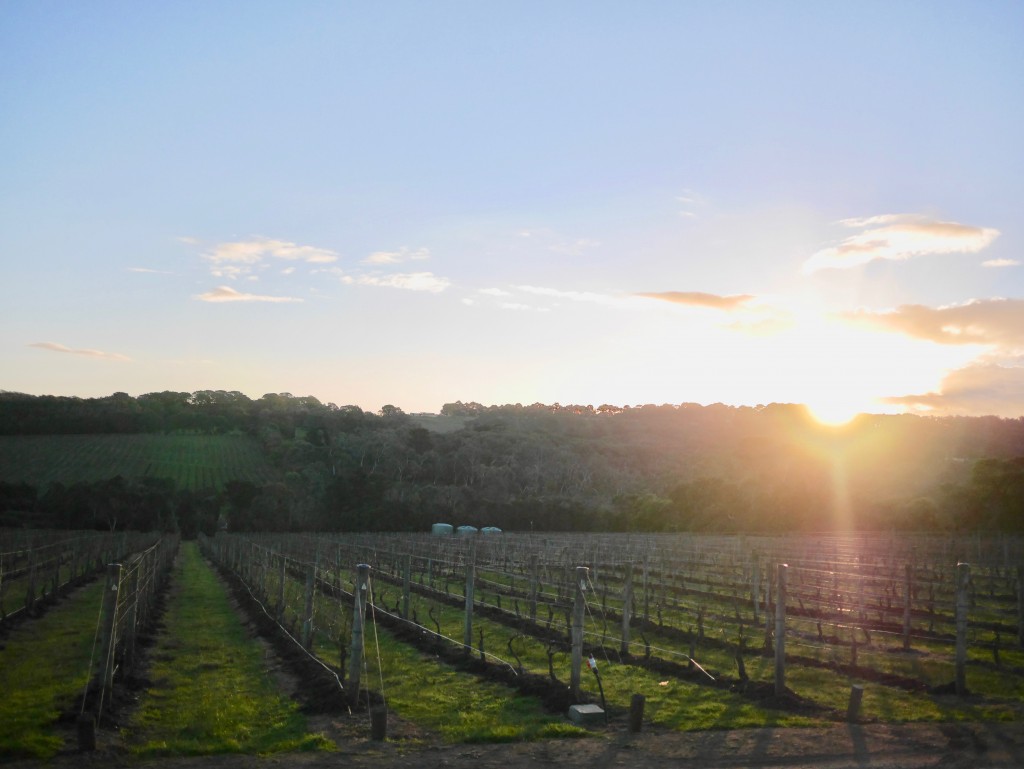