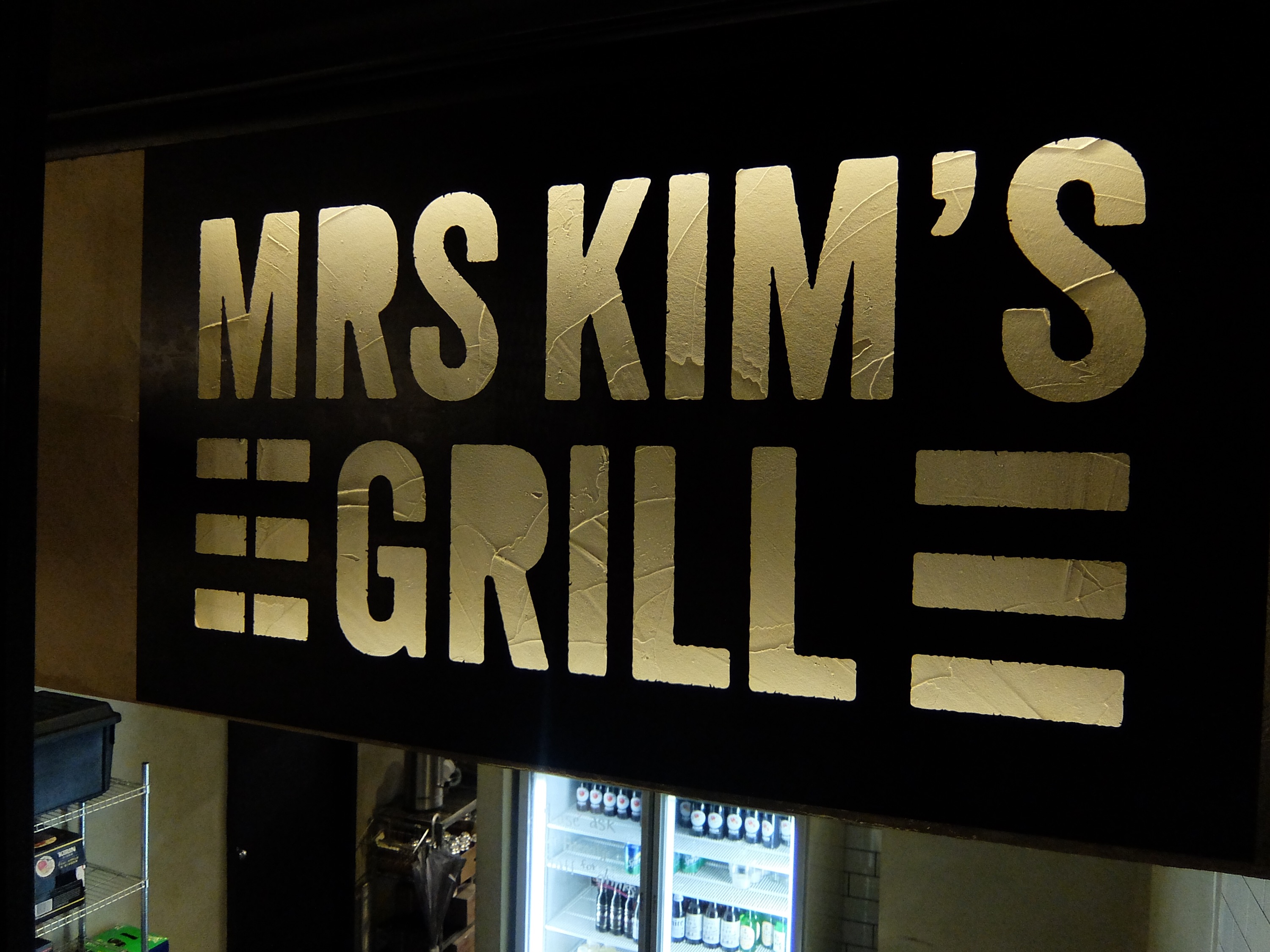 Last weekend we were hungry but we were feeling too lazy to travel far for a good feed. So while we were driving aimlessly and naturally heading towards the city, we suddenly thought of the travel cooking show we watched earlier on South Korea and had a sudden urge for Korean food. So we turned off into Carnegie knowing there would be a few options there. Mrs Kim’s Grill stood out as a bright modern place amongst the other restaurants so we were naturally drawn to it. I discovered that it had only opened in 2013 by a Korean migrant who has been using traditional methods of marinating meat and who has been wanting to share her traditional food with everyone. She started off marinating meats for events and BBQs and when she gained a loyal, regular stream of customers, decided to open her own restaurant. 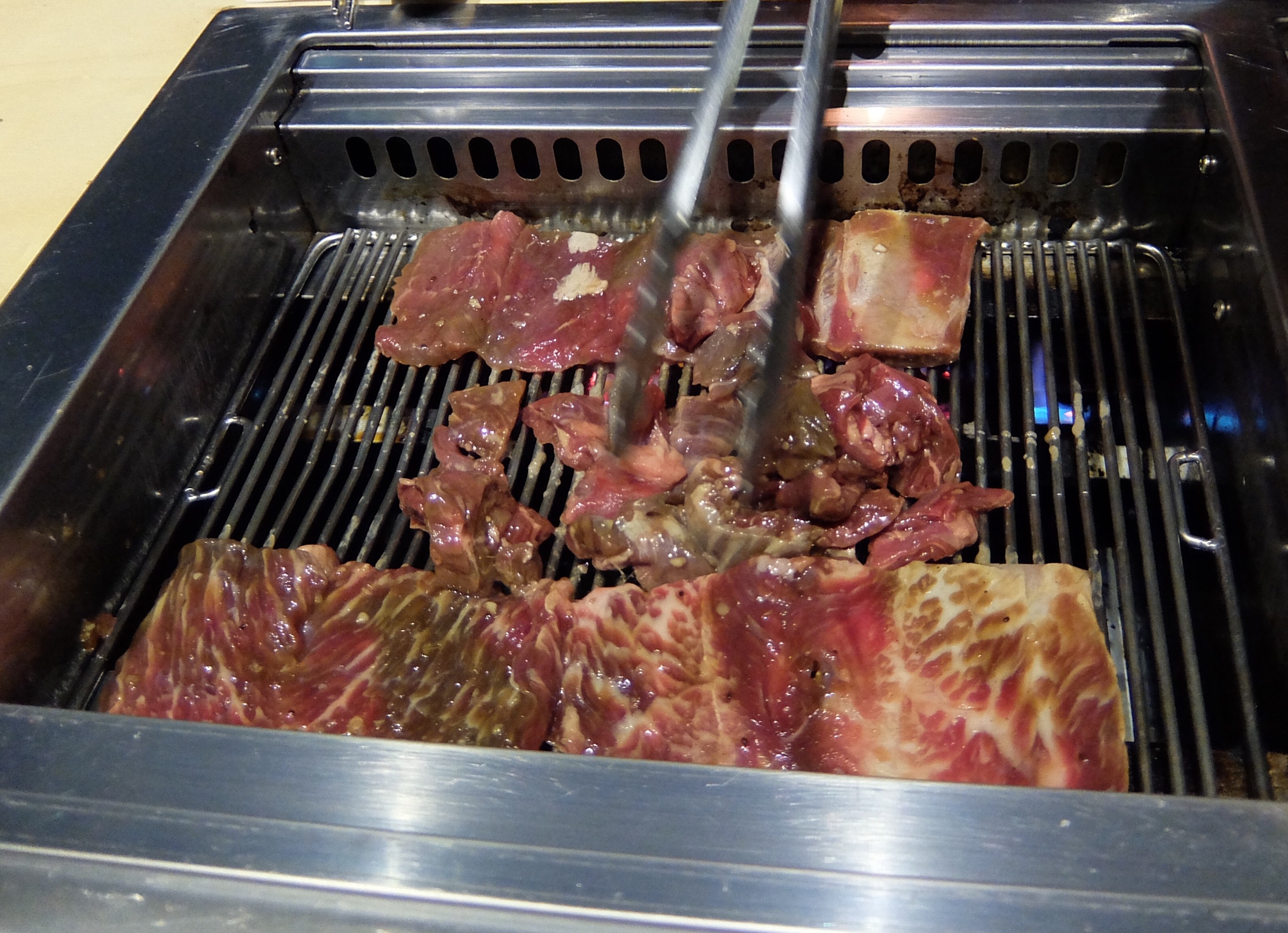 The interior was also furnished with modern decor and it looked really clean and spacious inside. We were seated upstairs and handed nice modern looking menus to peruse. The first thought that popped to mind was that prices were quite reasonable for Korean BBQ compared to others we’ve been to, particularly in the CBD. They have the a la carte menu where you can pick from a range of Mrs Kim’s marinated meats, or you can also choose from their set menu options where you pick the meat of your liking and it is served with a salad, soup of the day, butter vegie parcel and rice. Each set menu is $39 and is for 2 people. We settled on the Moo set which consisted of the marinated Gaibi beef ribs (350g) and skirt steak (250g). We also ordered an extra serving of the chilli marinated chicken (200g). Of course we can’t forget the unlimited complimentary side dishes that always comes with Korean food.

The staff were very efficient, fast and friendly. They brought out the BBQ equipment and cuts of meat pretty fast and started cooking and cutting the meats for us. The side dishes particularly the kim chi was quite good and the rice was super moist. But the highlight was of course the meats. The meats were so nicely flavoured and SOFT! They practically melted in my mouth. I was quite impressed with the quality of the food and overall service. Not to mention the reasonable price for the quality that was served. I also like the story behind the opening of this restaurant so we’ll definitely be back when we have another craving for Korean! 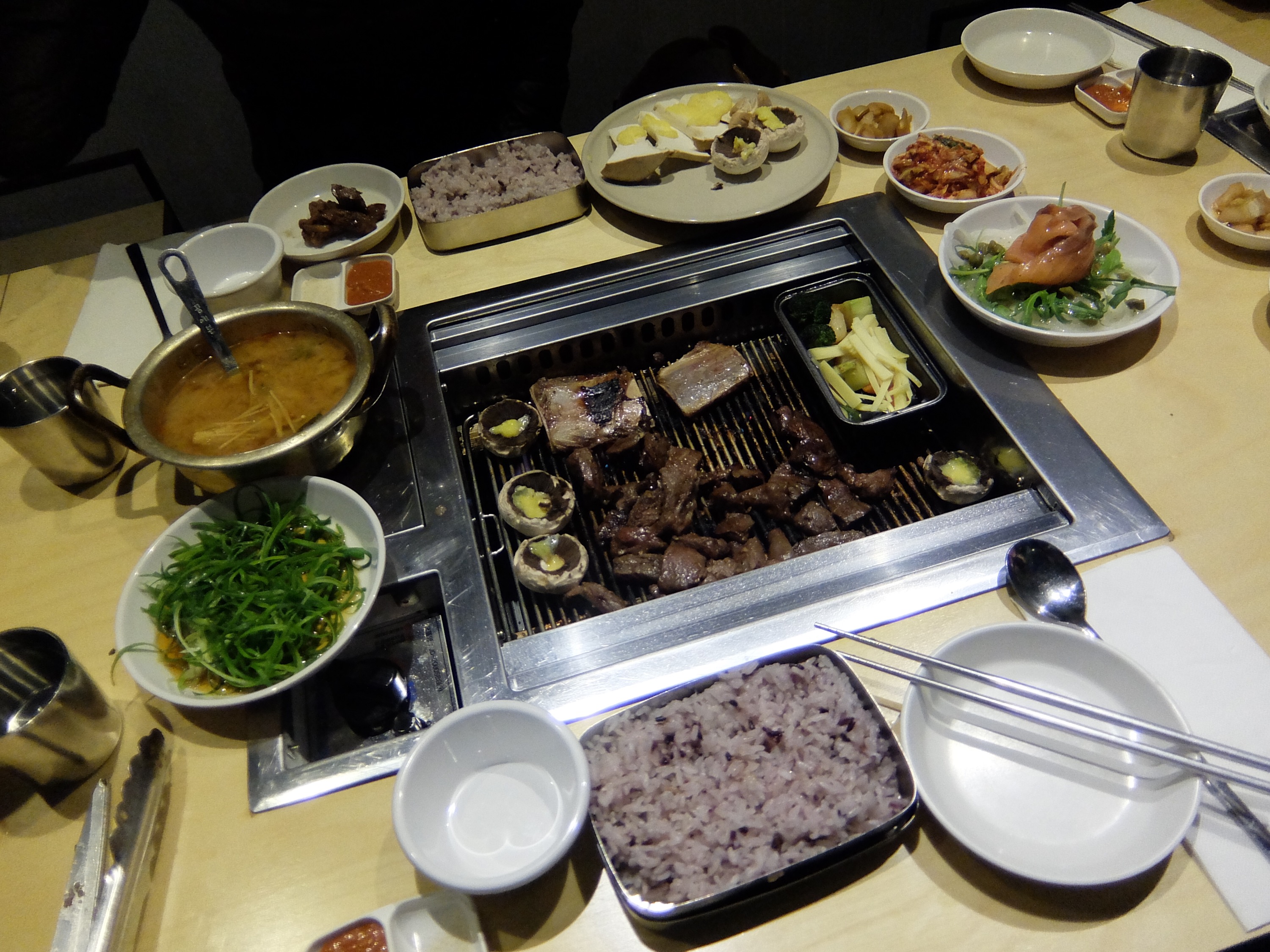