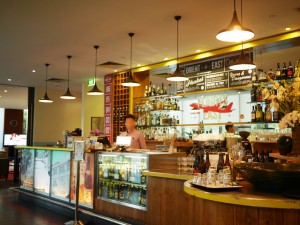 Helen and I were invited to a ‘Beergustation’ dinner at Orient East. This event was named Jimmy and the Wolf Head East. The event consists of an eight course dinner with beer pairings from two breweries, Wolf of the Willows & Brewcult. Their marketing team emailed us and asked if we wanted to come. Even though we’re not huge beer drinkers, we were happy to attend!

(Note: this event was not sponsored, so we did have to pay $65 per person just like everyone else).

We got there and I must say things weren’t off to a good start at all. They didn’t have our booking! How they can offer us an invitation but not even have our names on the booking is mind boggling. Later they told us that they outsource their marketing to a third party company so there must have been some communication breakdown. All is forgiven as everyone makes mistakes and they did provide good service. 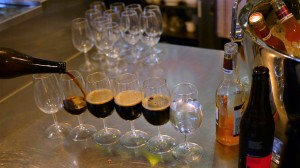 When we were finally settled, we waited a few more minutes for others to join us in the event and we were off! There was a sheet of all the dishes and beers for the night. The menu looked very appetizing indeed and we were mildly excited. I won’t go through all the courses in detail as I don’t want to bore you, however I will make a mention of some of the dishes we really enjoyed.

I was initially a bit concerned as I was worried that since it was Asian fusion and a beer event, that they would tailor the food more towards Caucasians. The fact that they served ox tongue as the second course definitely proved otherwise whilst also earning my respect. This is a very brave dish to serve, and shows that they are willing to venture out to what most would consider ‘the norm’. It certainly tasted better than it looked. The ox tongue was soft and succulent, flavours were spot on. I haven’t had some good ox tongue in a while, this dish was well executed. Other stand out dishes include the golden sand chicken wings and the lamb ribs. 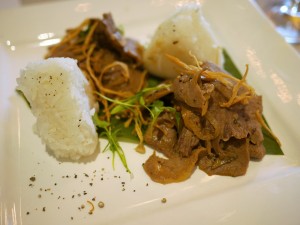 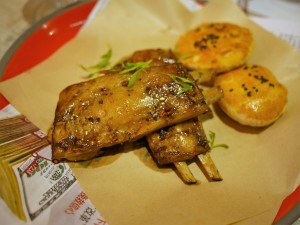 They certainly left the best dish to last though! The dessert was a doughnut with salted duck egg yolk custard. We saw this on the menu and was thinking to ourselves that the ingredients sound like a recipe for disaster. After we took our first bite, Helen and I just looked at each other with our eyes wide open! This could possibly be one of the best desserts we’ve ever had. It’s funny cause we’ve eaten at numerous hatted and Michelin star restaurants overseas, but we were blown away by this dessert because it’s seriously right up there. It had a tinge of saltiness and wasn’t overly sweet at all. It had a golden crispy outer layer and piping hot egg custard oozing out from the inside. My only regret was that the waitress said that all these dishes were a one off for this special event, therefore I am saddened by the fact that I will never get to eat this dessert again. I really wanted to take mum here to try it too. 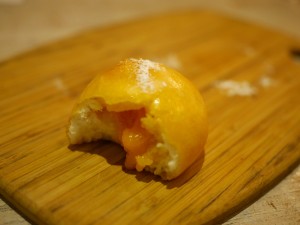 Beers were spectacular. These craft beers are certainly different from the mainstream stuff. Hearing the guys from Brewcult talk about each of their beers so passionately was a great experience. They explained what tastes to look for and even serving temperatures. Even though we are both primarily wine and whiskey drinkers, we really enjoyed the beers. They were also extremely generous with the portions. 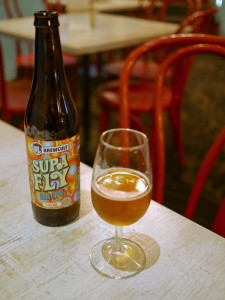 If any of you guys were wanting to taste some nice Asian fusion food, I’d highly recommend Orient East. Even though you won’t get to order the same dishes we had for this event, I’m sure they’ll produce high quality foods for their normal dinner seatings. Alternatively keep an eye out for their next food event and we may even see you there!