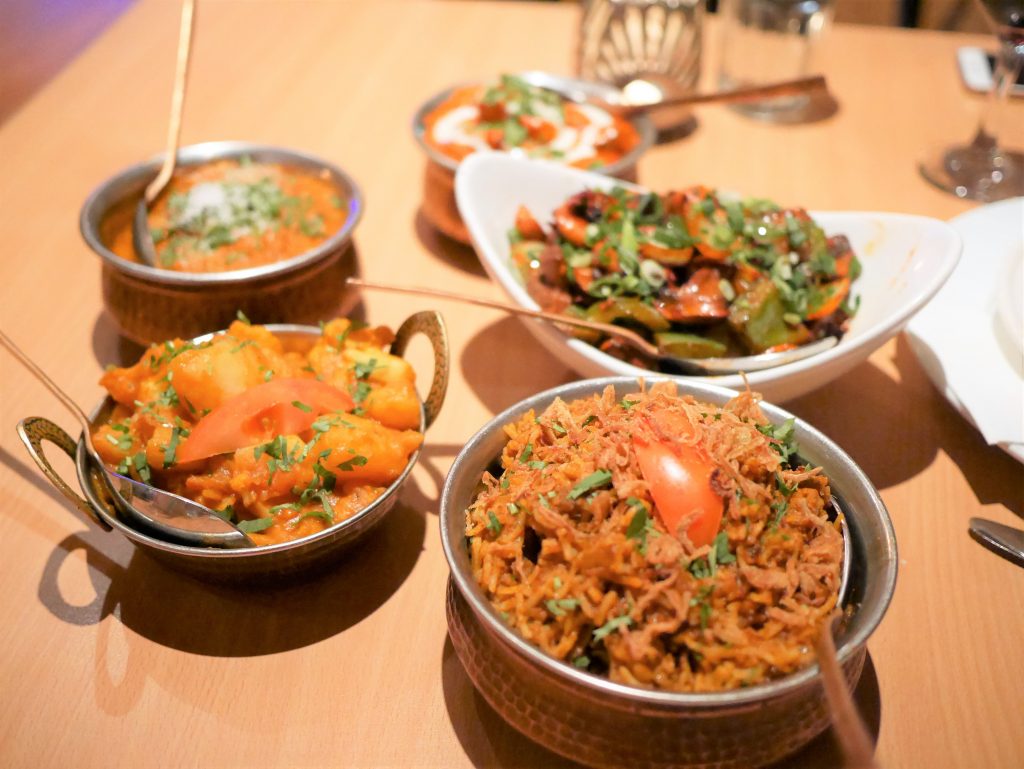 We were invited to Punjabi Curry Cafe which is located on the more quiet end of Johnston St in Collingwood so parking was easier to find than expected. On the outside the signage makes it look like any other Indian restaurant. However when you enter, you realise how spacious the restaurant really is! It’s a large modernised space with plentiful tables and chairs, and brick arches opening up to other dining areas. 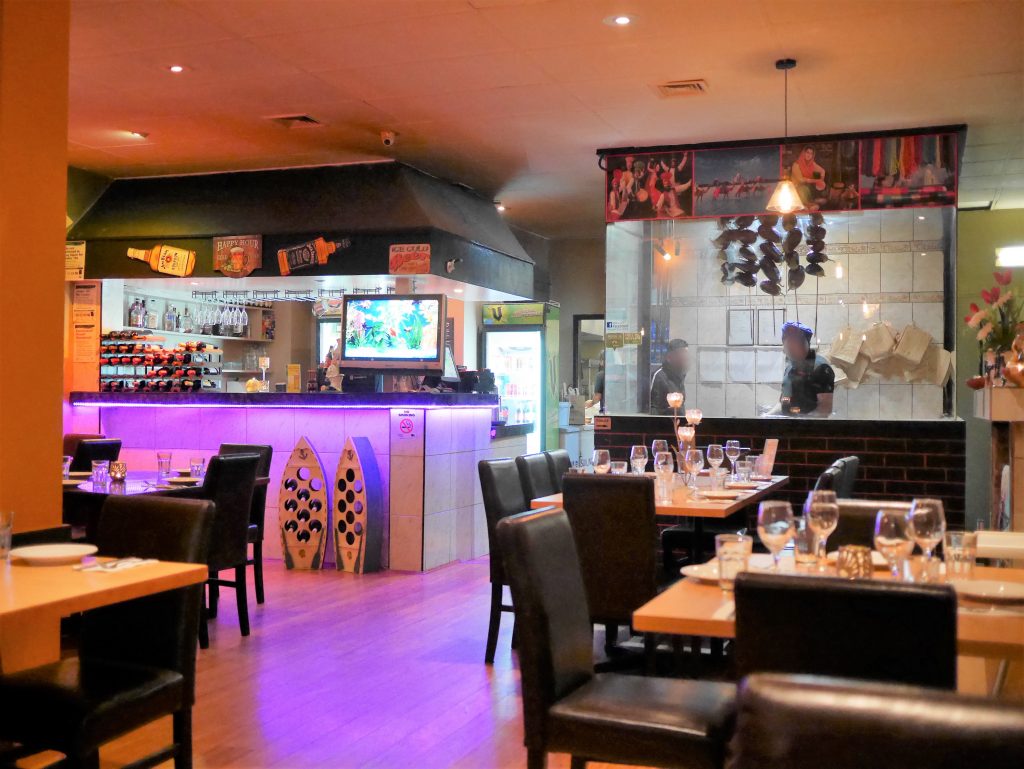 Staff were very friendly and accommodating, allowing us to pick a seat where there would be ample lighting for our photos. After extensively reviewing the menu, we decided to order a range of dishes to share. 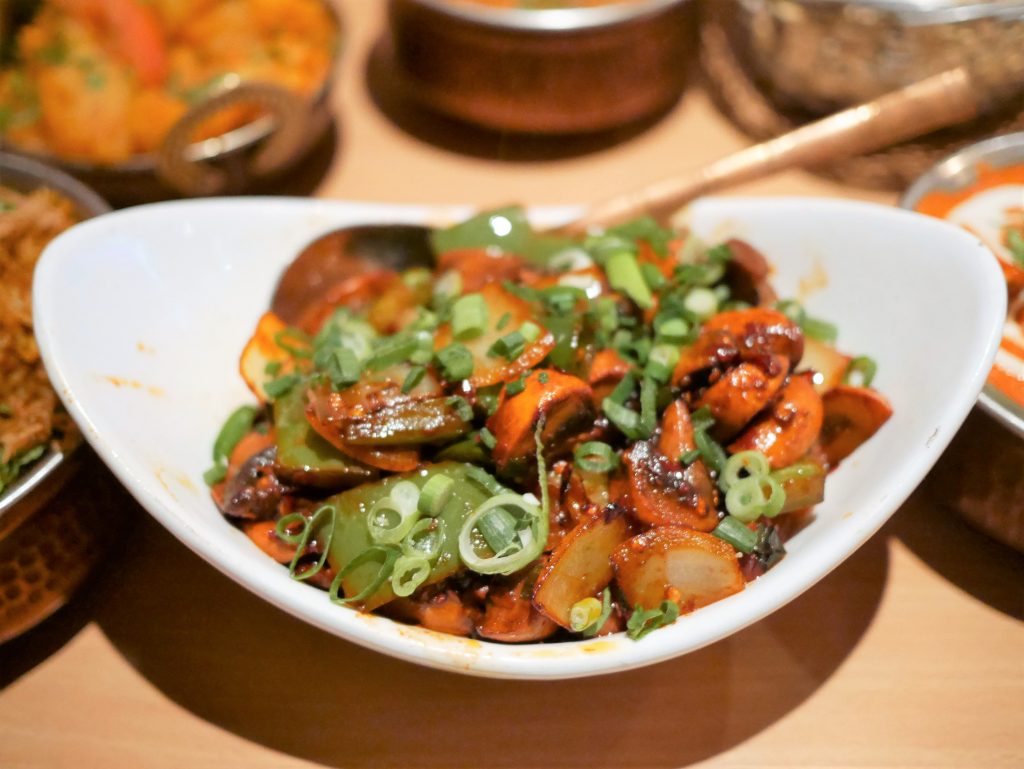 We ordered the Mushroom Chilli House Special from their entree list. This dish had mushrooms tossed with onions and capsicums in a homemade garlic chilli soy sauce. The dish was really flavoured and quite nice however the chilli kick was probably lacking. For a dish called Mushroom Chilli we were just expecting it to pack a bit more of the chilli kick but nonetheless it was a nice dish. 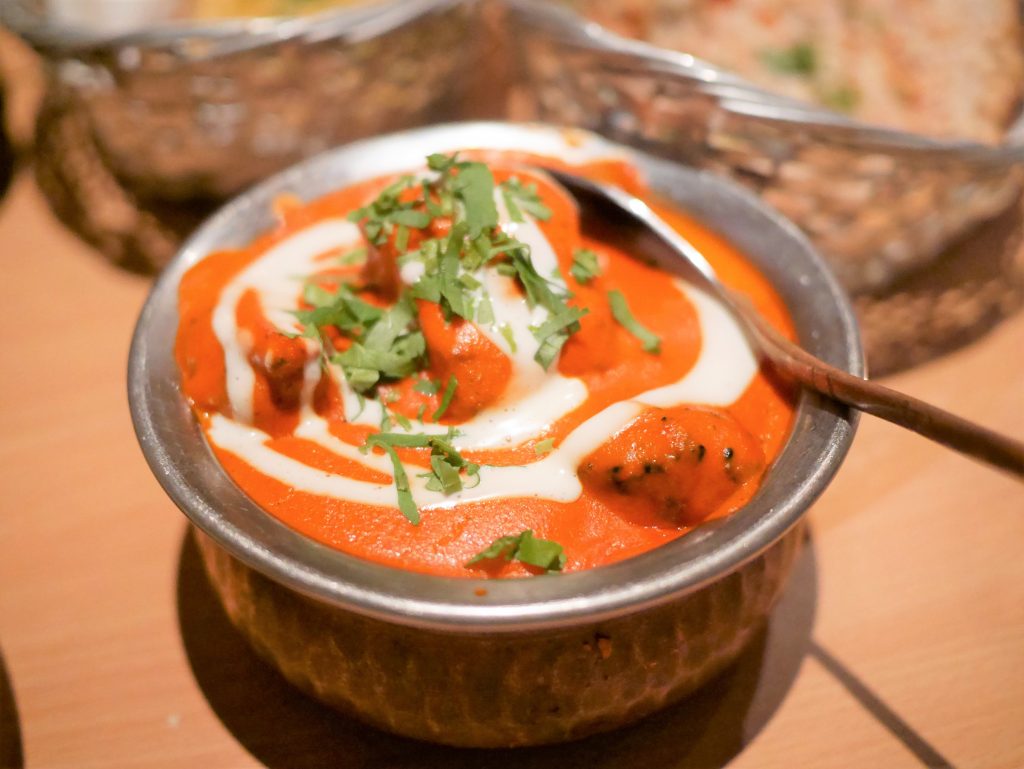 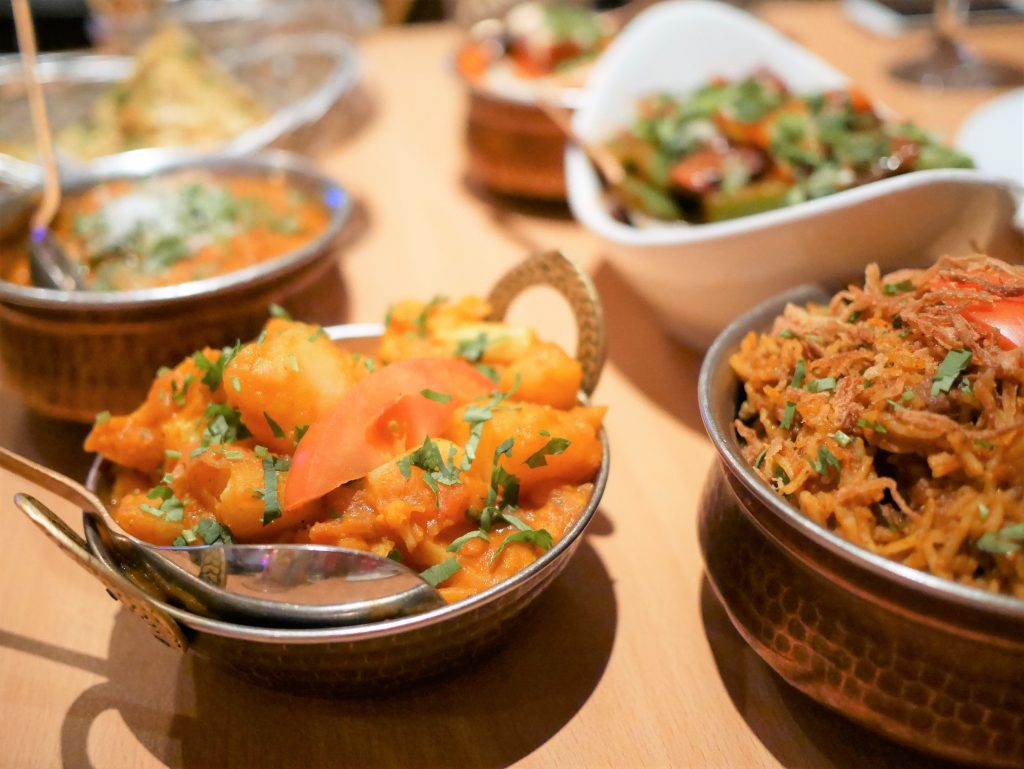 For mains we ordered the Butter Chicken, the Goan Fish curry, and the Aloo Gobi which had cauliflower and potato cooked with cumin and spices. We also ordered the Goat Biryani, a garlic cheese naan and a Keema naan which had lamb minced stuffed in the bread.

I’ve always loved butter chicken and so it’s one of those curries I just have to order every time we have Indian as a comparison to other butter chicken dishes I’ve had in the past. Although the dish looked beautiful, I felt the butter chicken here lacked the tomato flavours and was more on the bland side. Similarly both the Goan Fish curry and the Aloo Gobi tasted fine but it didn’t stand out specifically for us. It felt like they were holding back on the flavours. We expected a party in our mouths of flavours, spices and heat but it was very tame for Indian cuisine. It may be that they’ve had to tone down on the flavours and spices to accommodate for their customer preferences, I’m not sure. 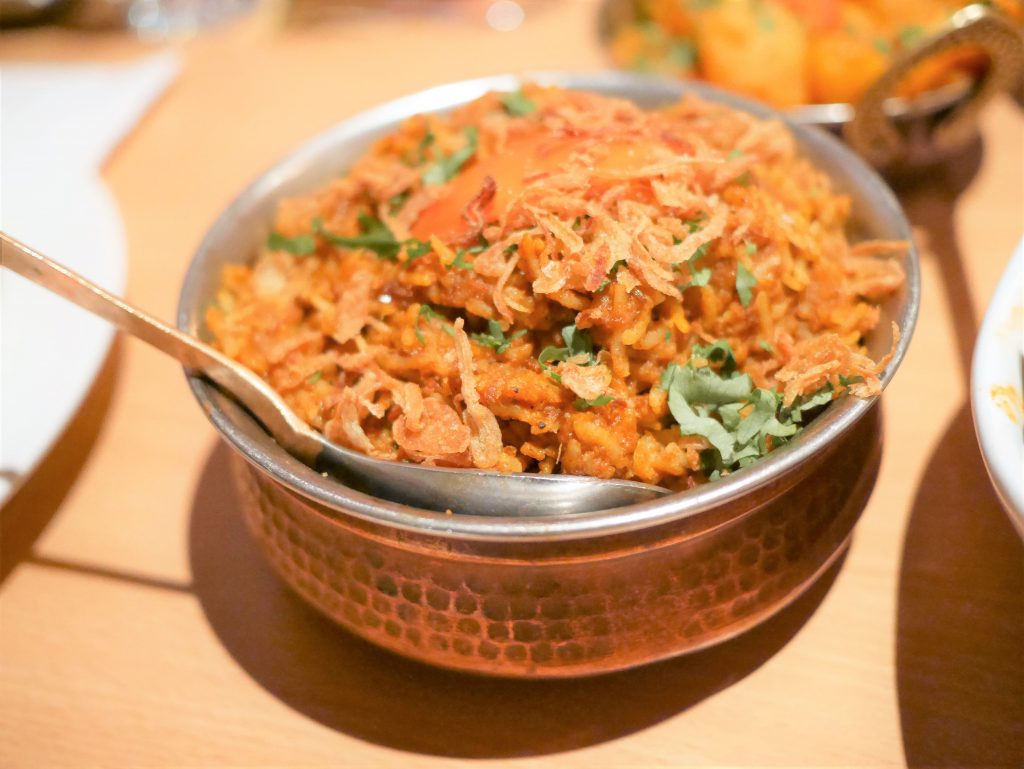 Overall the restaurant has a lot of potential as their customer service was very good. Staff were super friendly and efficient. The restaurant has great ambience and the layout makes it a really nice place for groups of people to catch up, or for couples to have a nice intimate meal. We just personally felt like the food could have a bit more of the flavours and spiciness we are generally used to as we think there should be no holding back! But that’s just our humble opinion! 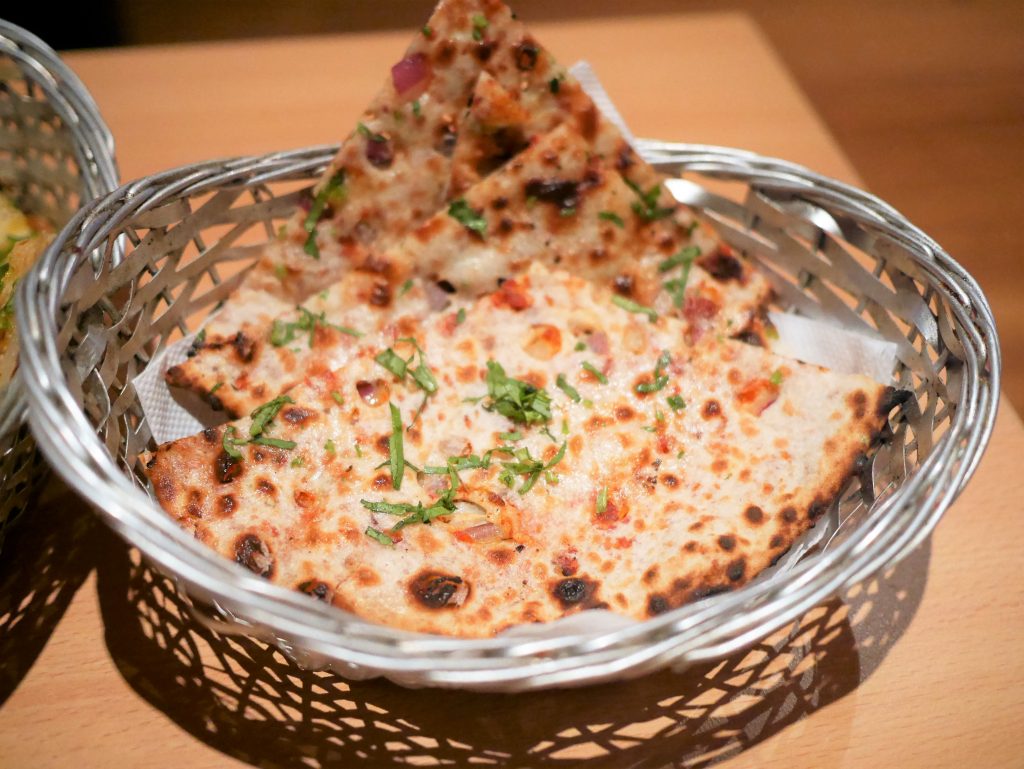