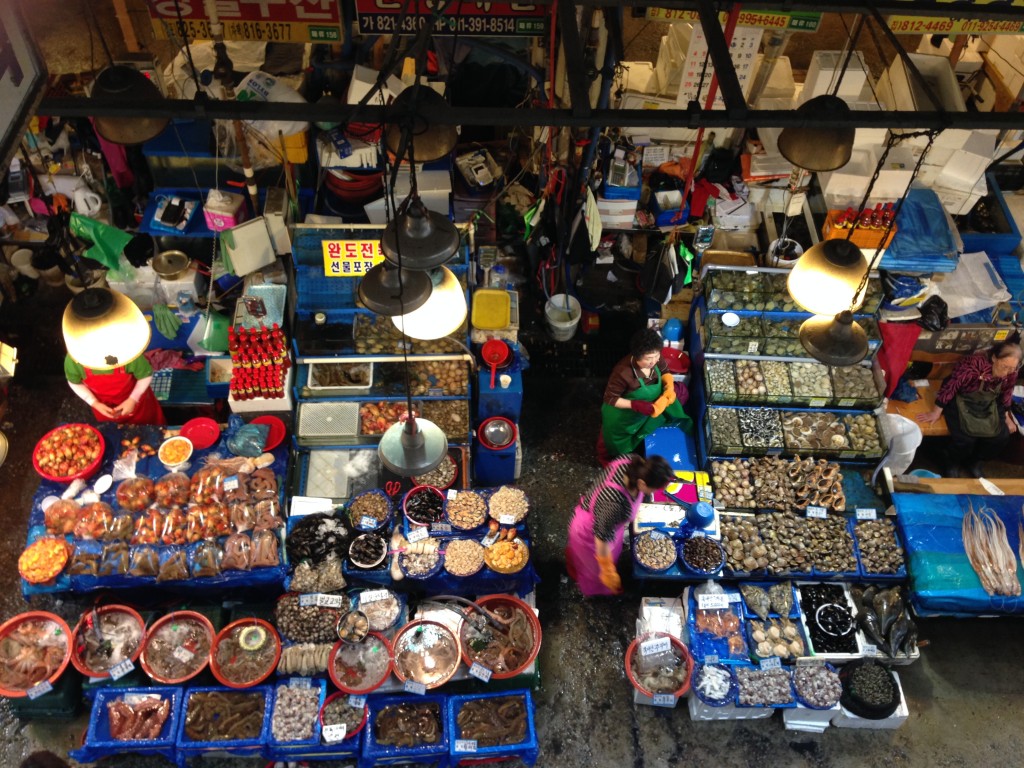 When we were in Seoul, one of our top to-do things was to try out their famous live dancing octopus at the Noryangjin Fish Market, oh and of course their super fresh seafood!  Before travelling to South Korea, we had on many occasions watched people experience eating these wiggly octopuses on YouTube and discussed at lengths what we would do if we ever had the opportunity to try it. I remember seeing in the video clips the tentacles wrapping around the chopsticks while people would pop them in their mouths and quickly chew and swallow.  Well our time finally arrived!

Noryangjin Fish Market is easily accessible and located right next to Noryangjin Station. You can get there by taking the Metro line one and exiting at exit 1 at the station, then walk under the bridge and follow the crowd, they’ll take you straight there. The coolest thing about it is that it is open 24 hours!  The fish market is located in a massive open-air warehouse and there are just endless stalls of the freshest seafood for you to choose from. Also, because it’s a wholesale fish market, prices are considerably a lot cheaper than supermarkets too. 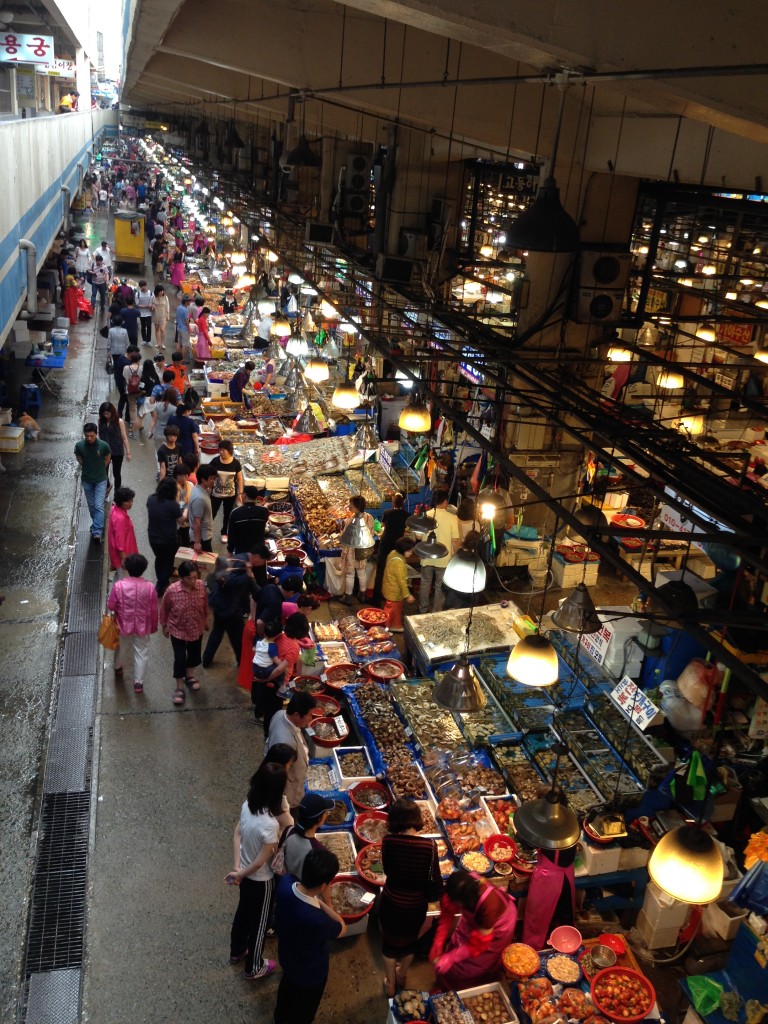 So after our amazement and awe of how many stalls of fresh seafood there was, we started exploring and getting lost in the huge warehouse. Almost everything was still alive and swimming or wiggling around so you are guaranteed that what you are getting is fresh. You can also bargain and haggle with the vendors for the right price and it was just fun watching people haggle. But we finally decided we wanted in on the action, so we ended up picking up the freshest king crab, assortment of sashimi and octopus.

The next best part about this market is that once you’ve purchased your items, there are many restaurants dotted around the warehouse which you can take your bag of fresh seafood to and they will cook you the most AMAZING feast! Yes you heard right! These restaurants around the warehouse are there just to cook the food that you buy. With a small fee of about $5 – $10 AUD, they’ll cook you up a storm and also serve your seafood with their side dishes like kimchi and rice. You can also buy beer and soju to go with your meal.  The king crab, which is what the market is famous for, was simply steamed, just showing of its sweet and succulent flavour. They will also make you a crab flavoured fried rice served in the crab shell which was so delicious! 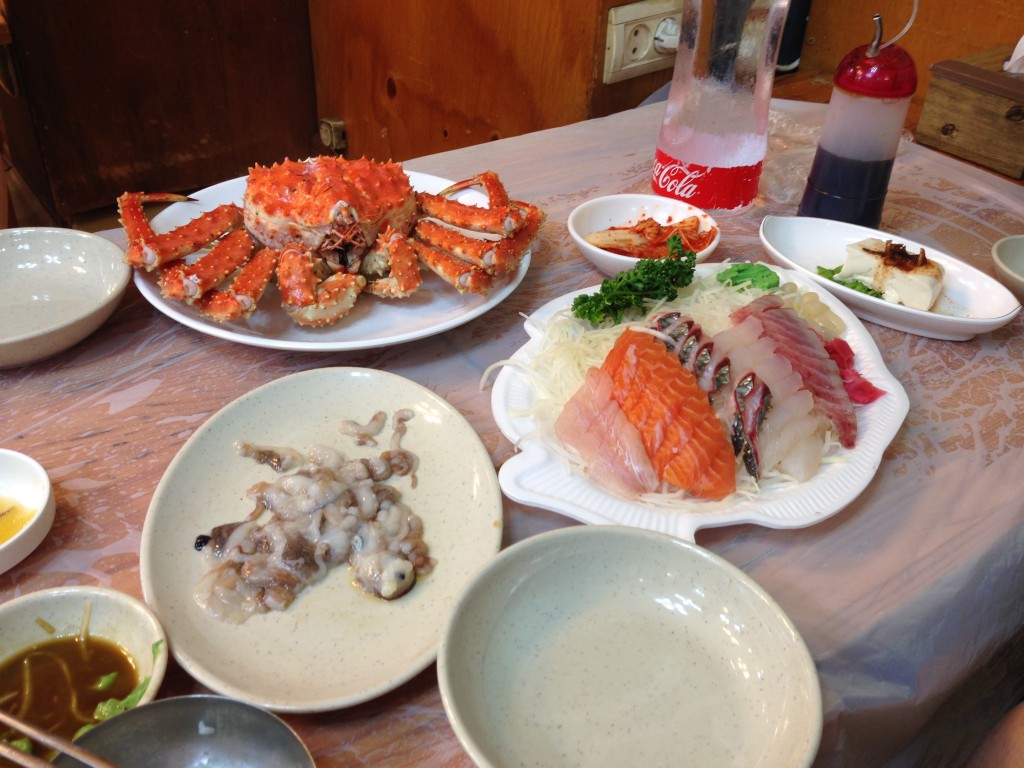 Now onto the octopus. It has been a long standing tradition and is quite common in South Korea. As I’ve mentioned before, it is served really fresh! As soon as you hand it over to the staff at the restaurant, they will chop up the octopuses live and serve it on a plate still wiggling around. They give you a bowl of sesame oil and salt like sauce to dip the octopus in. Just by touching them with your chopsticks, you’ll cause a ripple of movement and wiggling around LONG after they’ve been chopped up. I have to say, it took a bit of courage to finally pop one of them into my mouth (and probably after Davin had already tried one and confirmed that he was still fine) but I finally did it, chewed really fast and got it down as fast as I could. The verdict? It was quite chewy and there wasn’t much flavour to it. I wouldn’t say it was delicious but I think it is something you just have to try if you’re ever there.

Overall the Noryangjin Fish Market is a place you must visit and experience if you’re ever in Seoul because you may not come across anything just like it. If I’m ever in Seoul again, I will definitely be back. My mouth is just watering now thinking about the delicious seafood feast I had there. 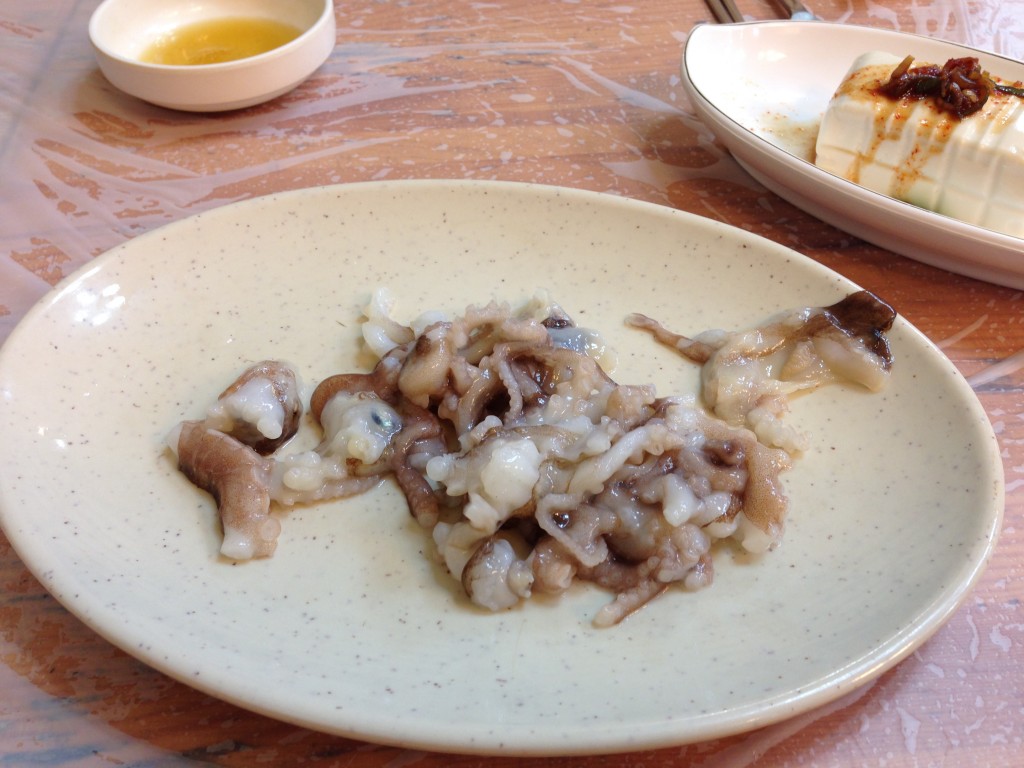 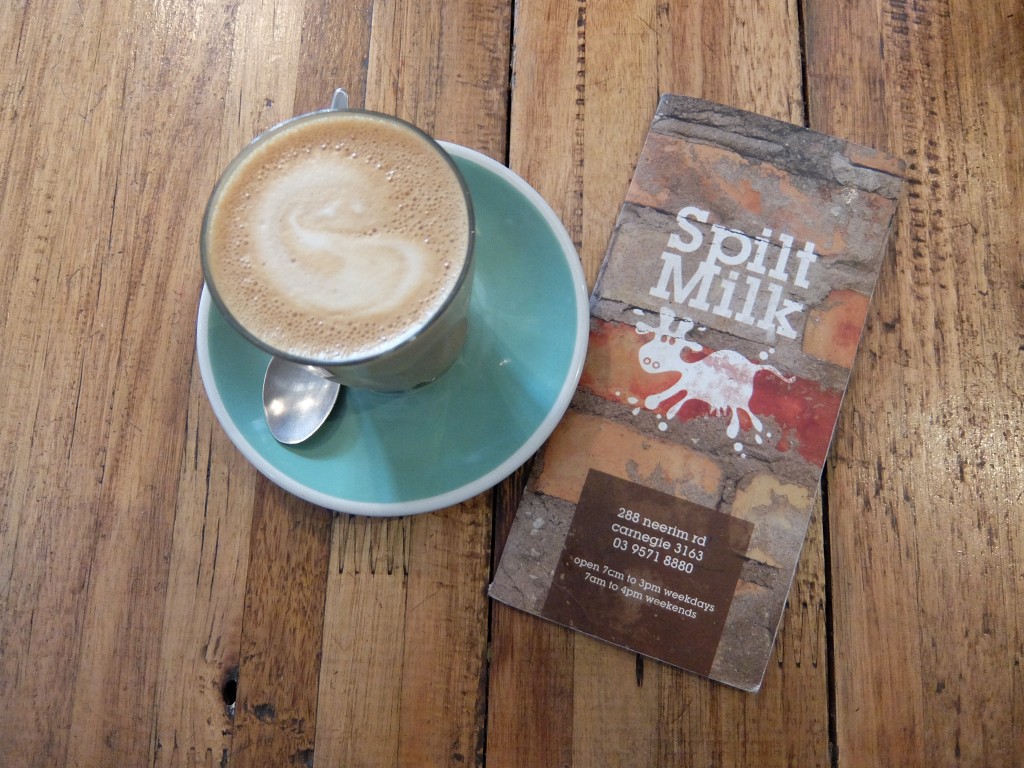 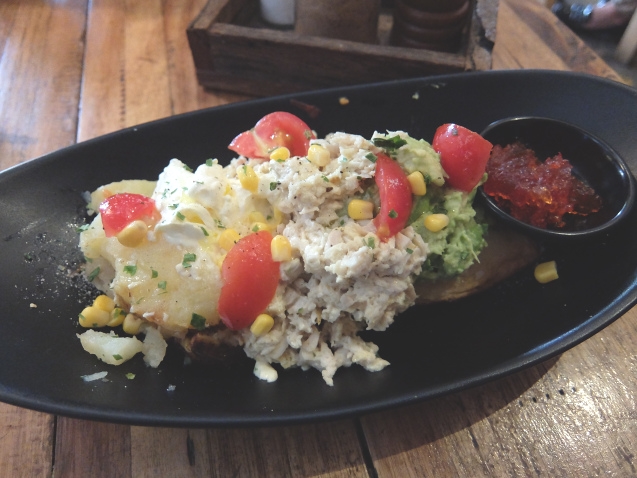 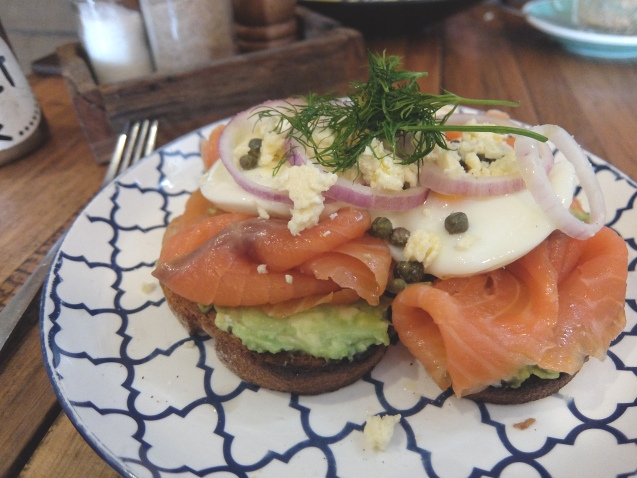 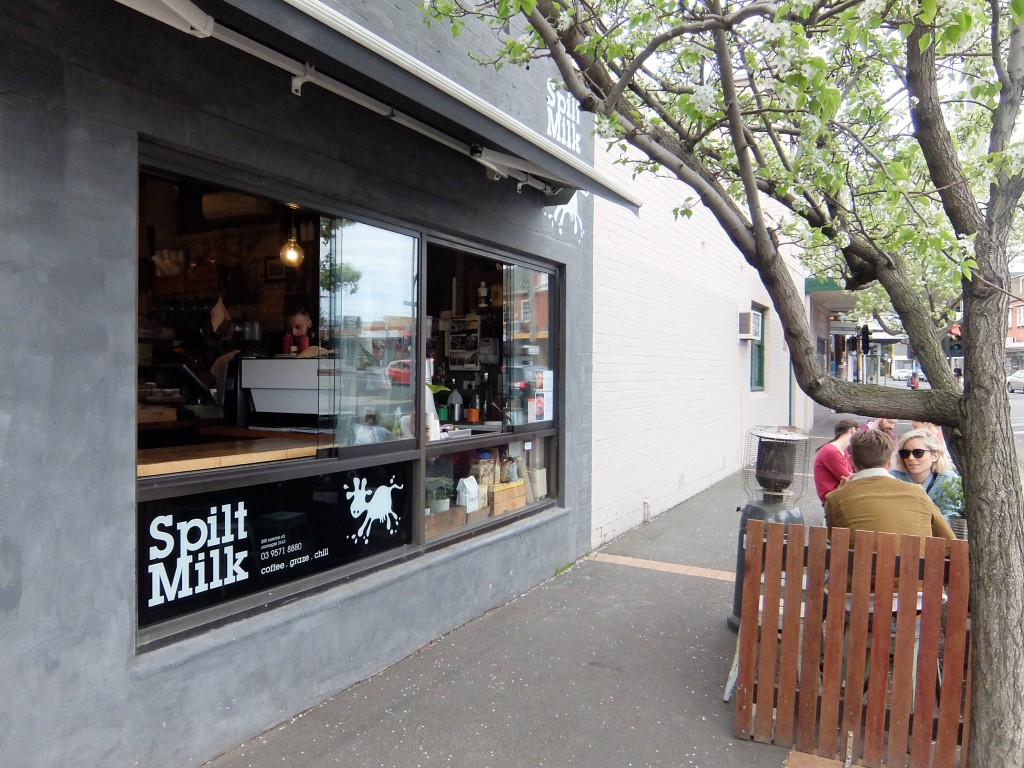