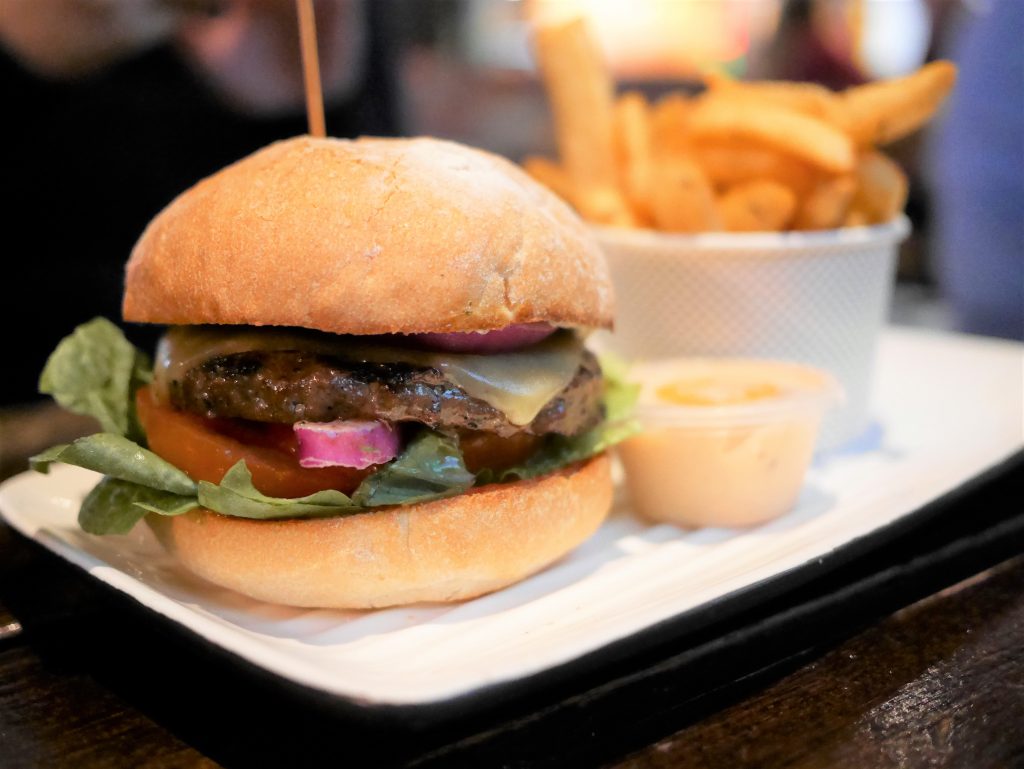 You may recall some time ago Davin and I went to Southland to watch Ready Player One (great movie!). Anyway they had movie and meal deals at certain restaurants during that time so Davin picked Laksa King and I chose to eat at Grill’d. If you’re wondering, no we didn’t separate to eat alone. I went with Davin to Laksa King first and watched him eat like the creeper that I apparently am! Well I had a few sips of his wine at least, however the staff were probably thinking I was on some weird diet.

So off we went to Grill’d once Davin was done to claim my movie and meal deal which was free chips with any burger purchase.

Now you need to know that I absolutely LOVE Grill’d. It’s no fine dining restaurant but I love the burgers there and always crave for it. I have been to many burger places in my foodie lifetime however I have always adored Grill’d.

My go to burger is the Simply Grill’d burger which has grass fed lean beef, salad, relish and herbed mayo. I also add tasty cheese to it. The ingredients are always fresh, the beef is flavoured and cooked well, and the relish and herbed mayo is scrumptious. Add the the hot and crunchy bun and it makes it one killer burger! I’ve eaten so many times at Grill’d and they have never let me down.

Their thick cut chips with their signature herb mix is also always so good and I tend to get at least one or two of their chip dips too cause I am a sucker for good dips!

Given we only ordered one meal for myself there aren’t many photos however I’m drooling right now just looking at it. Might need to stop by this weekend to get my fix! 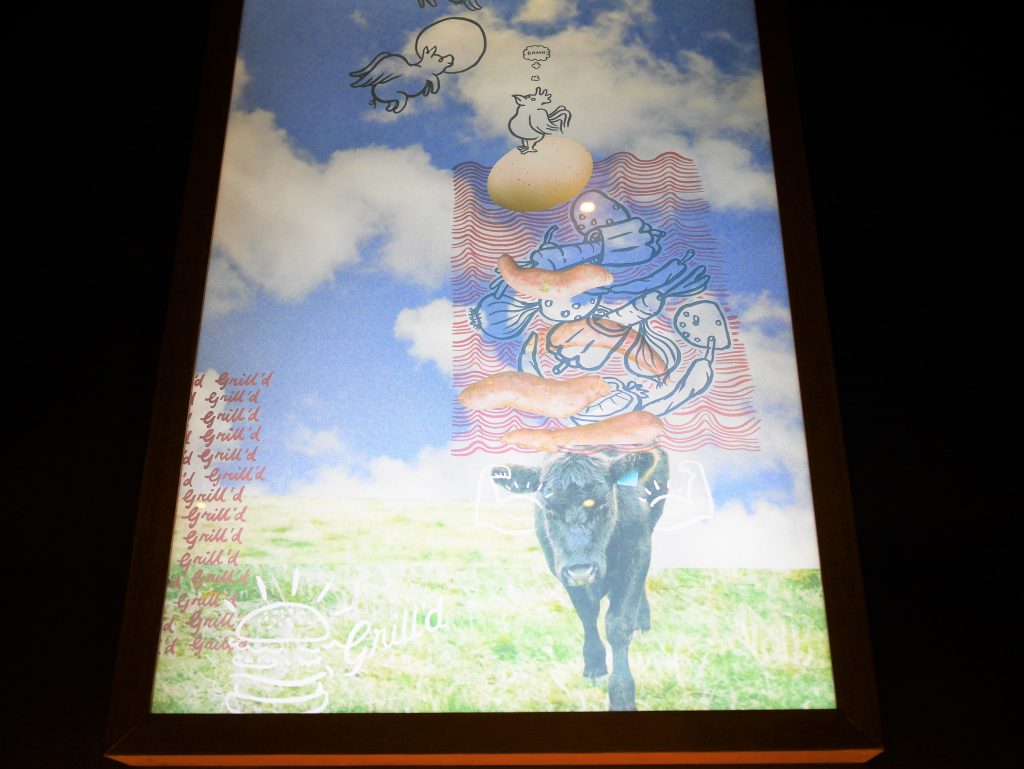 Lately on Zomato, we’ve been having a little chatter about Laksa King based on someone’s review. I mentioned that I liked Laksa King Flemington better than their Glen Waverley branch. This got me thinking… how’s Laksa King Kitchen in Southland? I’ve always been a bit skeptical with this one in Southland because of the demographics. It’s located inside the cinema area, and seems to be trying to attract pre and post movie goers. Well look who the cat dragged in on this occasion?! ME!

Southland has a movie and meal deal promotion running till the 29th of April. A free glass of wine with any laksa purchase from Sunday to Thursday. A pretty good deal if I must say so myself, the wine on offer was the Lumiere Pinot Noir. I was curious to know whether I could have got the Penfolds Bin 28 for another $2 (the difference in price), but was too scared to push the friendship! After watching ‘Ready Player One’ (great movie by the way, you guys really need to check it out), I used my movie ticket to claim this deal. 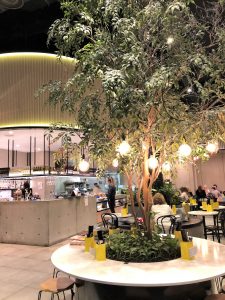 The menu on offer is very tame compared to the other Laksa King franchises. I can see where they’re coming from though, as I don’t think a fish head curry laksa would be too popular here! The range was a lot smaller here and I finally settled on a seafood laksa. The soup base of the laksa was really intense in flavour. I was taken back, as I thought they would have toned it down a bit. I don’t mean this in a bad way at all because I’m happy they stuck to their guns. It was probably a bit too intense for me to sip the soup as it is, but it went really well with the noodles though. All the seafood in the laksa was fresh, especially the rockling fish. The only exception would be the Chinese takeaway style prawns, I’m not a fan of these prawns as they have close to zero prawn flavour. The size of the bowl which holds the laksa can be intimidating, but rest assured that the actual serving was a regular sized portion. 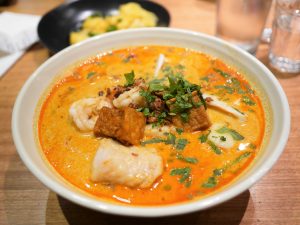 I also snuck in a serve of steamed prawn dumplings. The sauce for this dish was delicious! Perfect combination of salty, sour and spicy. Very appetising and doesn’t overpower the prawn dumplings. The dumplings themselves had good texture, but the winner is the sauce. I washed down this very respectable meal with the Lumiere Pinot Noir, not a bad night at all. 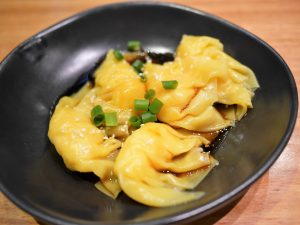 I have to admit that Laksa King at Southland was better than what I’d thought it would be. My preference would always be their Flemington restaurant, but Flemington is much further away for me. I had a nice meal here and would definitely return to eat again.

P.S. Helen was with me, as usual. She decided to go and take up another movie and meal deal at another eatery. She was watching me eat like a little creeper until she could get her own meal… =O 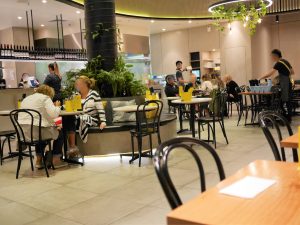