There are a lot of things I respect about Atlas Dining. For one, the food is inspired by chef Charlie Corrington’s travels. I love the fact that he has brought back pieces of his travels, and is now sharing it with us in the form of food. Let’s not forget that he is only 24 years of age. The menu at Atlas dining changes every 4 months to the cuisine of another country. This concept is not only brave, but it shows that they are not scared to push the boundaries. Helen and I had a chance to experience their Peruvian menu, read on to find out what I thought of our experience! 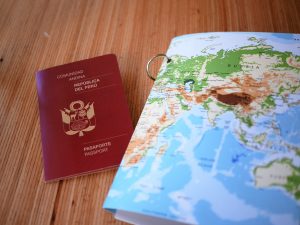 Walking inside, the interior was very warm and comfortable. It had a Scandinavian feel to it, with the use of light coloured wood around the restaurant. The stained stone wall and big mirror on the feature wall was the X Factor. As we sat down, we noticed the leather cutlery pouch straight away. As much as I appreciated the attention to detail, this leather pouch turned out to be a massive confusion! My cutlery was faced in a different direction than Helen’s, so the cutlery on my left side turned out to be on her right side. It was a guessing game which cutlery we were supposed to be using for each dish. Another thing to note is that they love their stoneware here. It felt like a stone exhibition after a while. After scraping on stone with my cutlery for 7 courses, I really missed porcelain dinnerware! 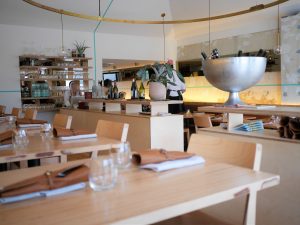 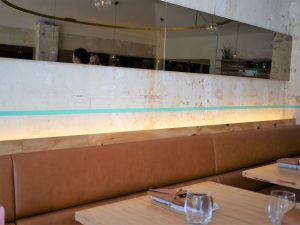 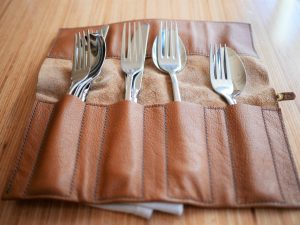 The menu itself was simple enough, $70 for 5 courses or $95 for 7 courses. I was warned beforehand by my trusted adviser that there was no way 5 courses was going to be enough for me. Therefore we opted for the 7 courses, but little did I expect the 7 courses to be so short on food! More on this later. The food itself was very creative and I got to experience some new flavours here. My favourite dishes were the flathead ceviche and lamb arroz. The ceviche was the perfect starter. I had never had flathead this raw before, and didn’t realise it could have such a nice texture. The lime juice punches through and the result is an extremely appetising dish. The lamb arroz was like a savoury rice pudding, with chewy bits of lamb ‘jerky’. They probably don’t call it jerky, but it tastes exactly like it! I thoroughly enjoyed this dish. 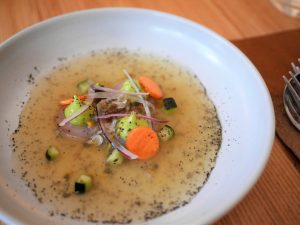 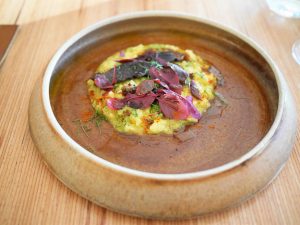 Some of the other dishes I wasn’t a fan of was the potato, and duck dish. The potato with Ocopa and Aji sauce was simply way too dense for me. It started congealing in my mouth and I could barely swallow it. The sauces were good though. The duck was bland, which was a shame because it was cooked perfectly. The eggplant and charred beans did very little to help out. 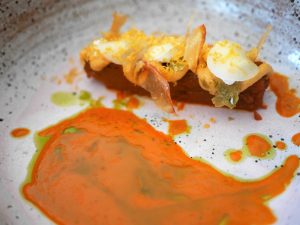 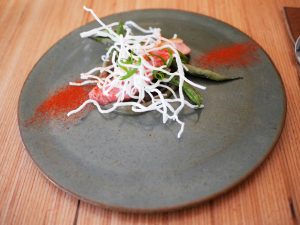 Before I finish up, we need to come back to the portion sizes. If I was to use universal clothing sizes as a guideline, the portion sizes here would be XS! The extra two dishes did very little to fill us up, and I do speak on behalf of Helen because even she expressed the same views. I feel that for the price, they could have provided a bit more food. Unless you’re coming off a lemon juice diet, it’s hard to imagine anyone even getting close to ‘content’ on the 5 courses. I think one should come here expecting to spend $95 per person minimum for the 7 courses, and even then I felt more suppressed than content. 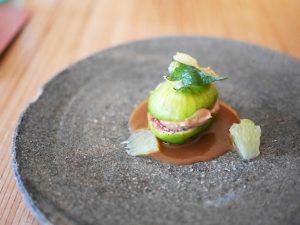 Overall, Atlas Dining opened my eyes to a wide range of Peruvian dishes. Even though the dishes were a bit hit and miss for me, I appreciate the experience nonetheless. One final thing I’d like to say is that the service here was fabulous! The waiting staff were kind and attentive. Their attention to detail was second to none, and we were well looked after. If any of you are reading this review, keep up the good work! 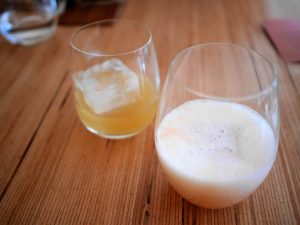 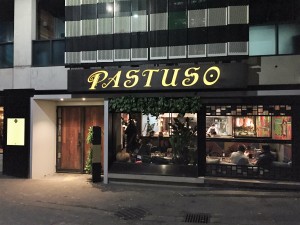 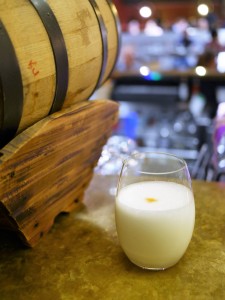 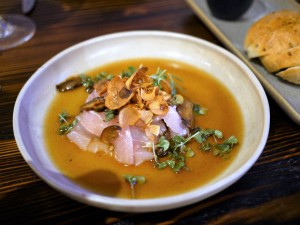 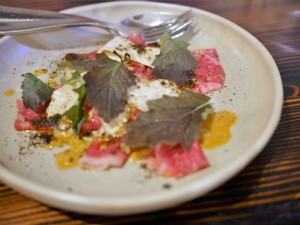 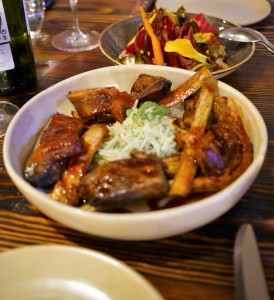 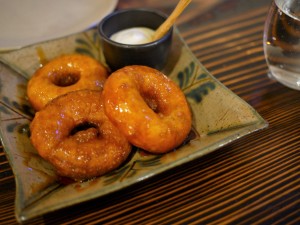