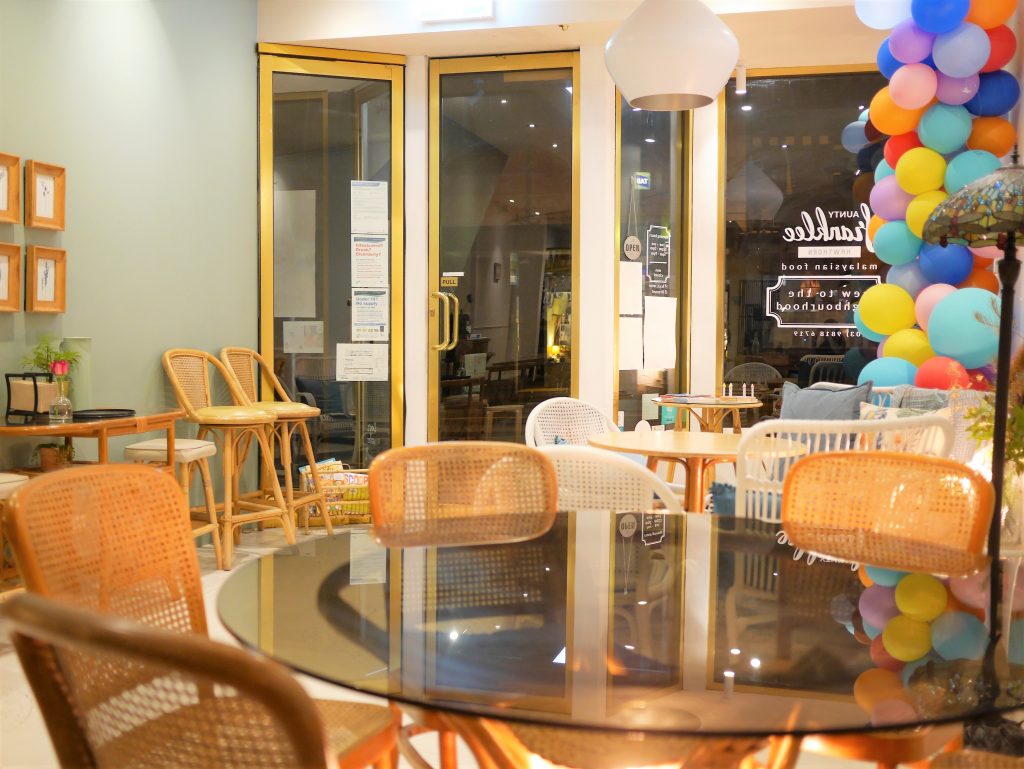 We recently dined at Aunty Franklee in Hawthorn, a place we’ve had on our list for some time given we’ve heard great things about it. And boy did they not disappoint! Specialising in Malaysian cuisine, the first thing I noticed when I entered the restaurant was how lovely the decor was. Bright lighting, white polished floors with outdoor furniture and a colourful corner for kids to hang out and play made it feel like you were dining at a cute outdoorsy place even though it was indoors. Loved it! 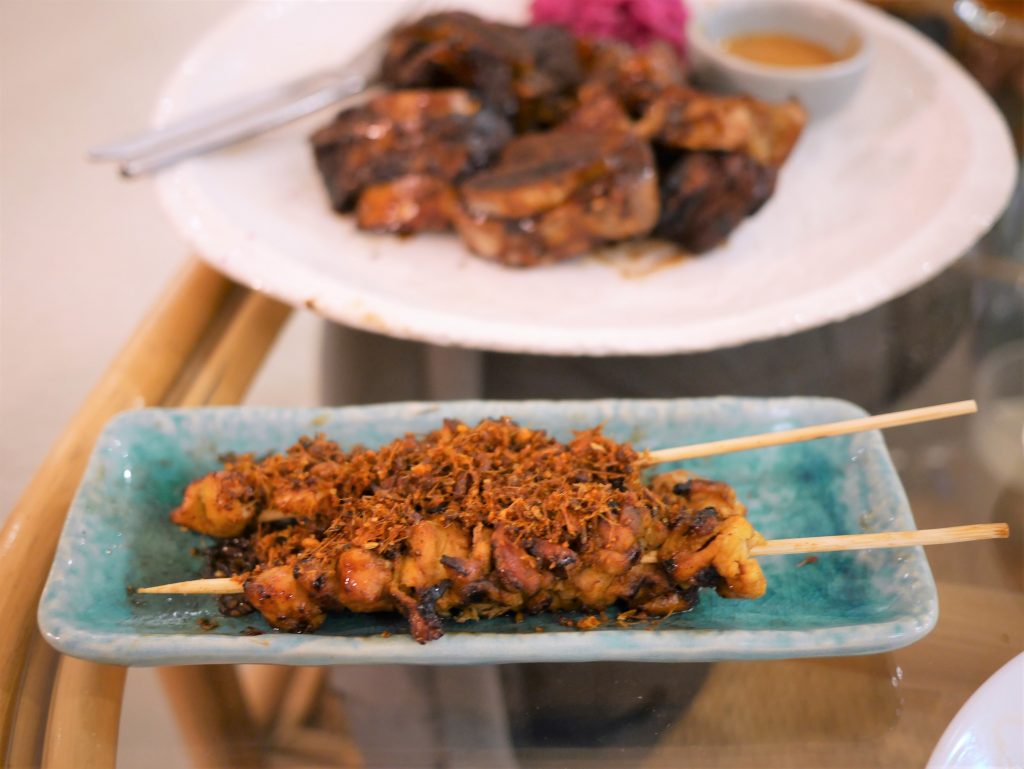 As usual, we ordered with our eyes and not with our stomachs! Everything on the menu sounded amazing. We finally settled with sharing the chicken skewers, grilled “bakars” short beef ribs, char kuey teow, and the old fashioned bak kut teh (soup). We could not fault any of the dishes! 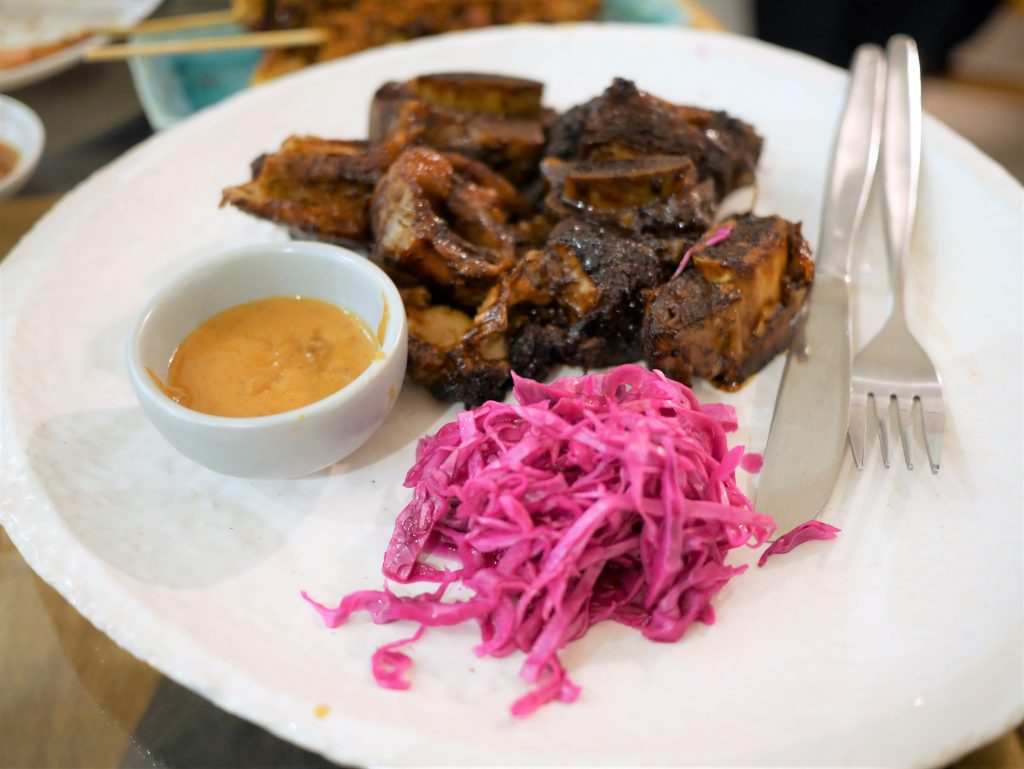 The short beef ribs were braised in lovely herbs and spices, and finished on the chargrill. They were so juicy and tender, falling apart when you touched it. The dish was served with this delicious pickled purple cabbage and peanut sauce, and was not short on flavour at all. 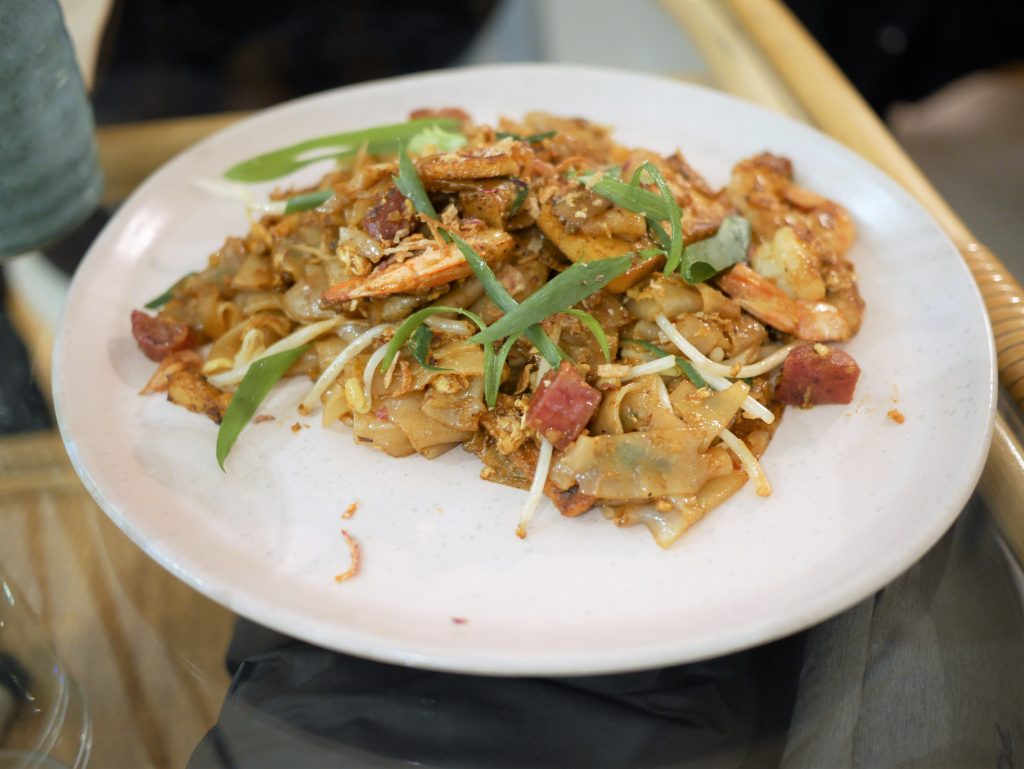 The char kuey teow dish was what surprised me. We’ve had plenty of char kuey teow in the past but this was probably the best I’ve had in awhile. For those that may not know, char kuey teow is a popular stir fried Malaysian noodle dish. This one wowed us with its wok fried silky flat rice noodles with prawns, fish cake, chinese sausage, egg, chives and bean sprouts. It had lovely smoky flavours and was one of those dishes where we just gobbled up very quickly because it was so good! 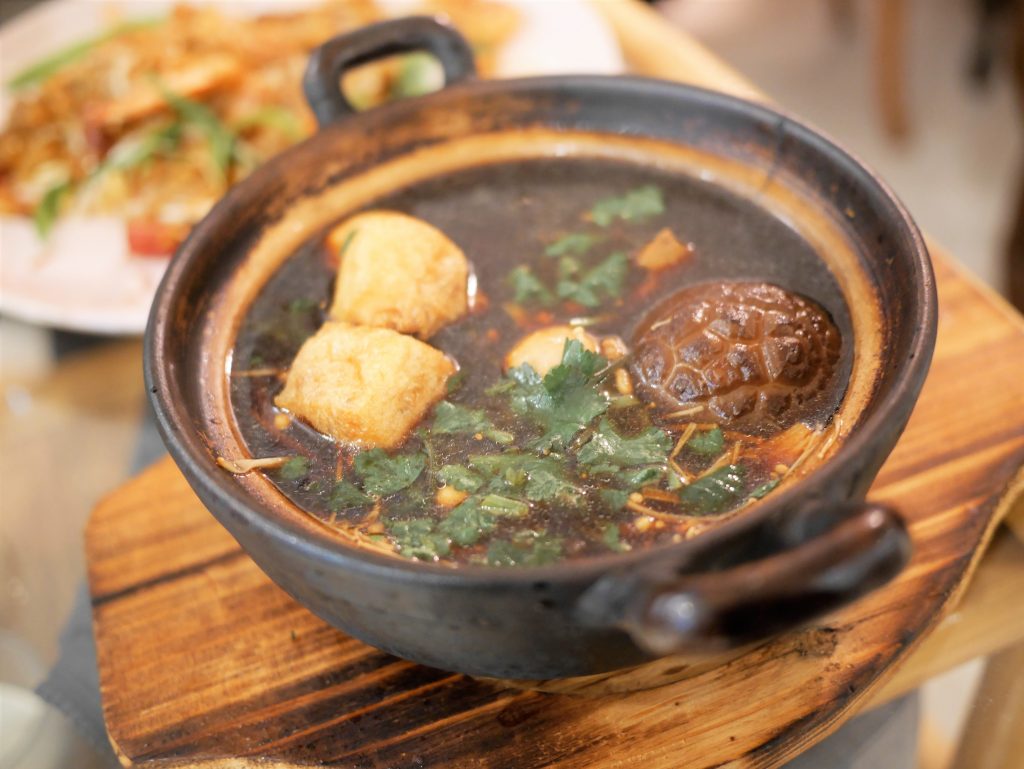 Now the old fashioned bak kut teh (soup) was on another level of its own. It was SO delicious! It was a pork bone broth with 23 different herbs braised for 6 hours, and was full of flavours which included cloves, cinnamon, liquorice, pepper, garlic, and other chinese herbs. It was a lovely rich tasting broth which had dried squid, pork, tofu and mushrooms. As soon as I took the first sip of the soup, I felt like I was transported to someone’s house, eating their family’s homemade soup in which the recipe may have been passed down from generation to generation. I was no longer in a restaurant. You know the soup is amazing when it makes you feel this way. 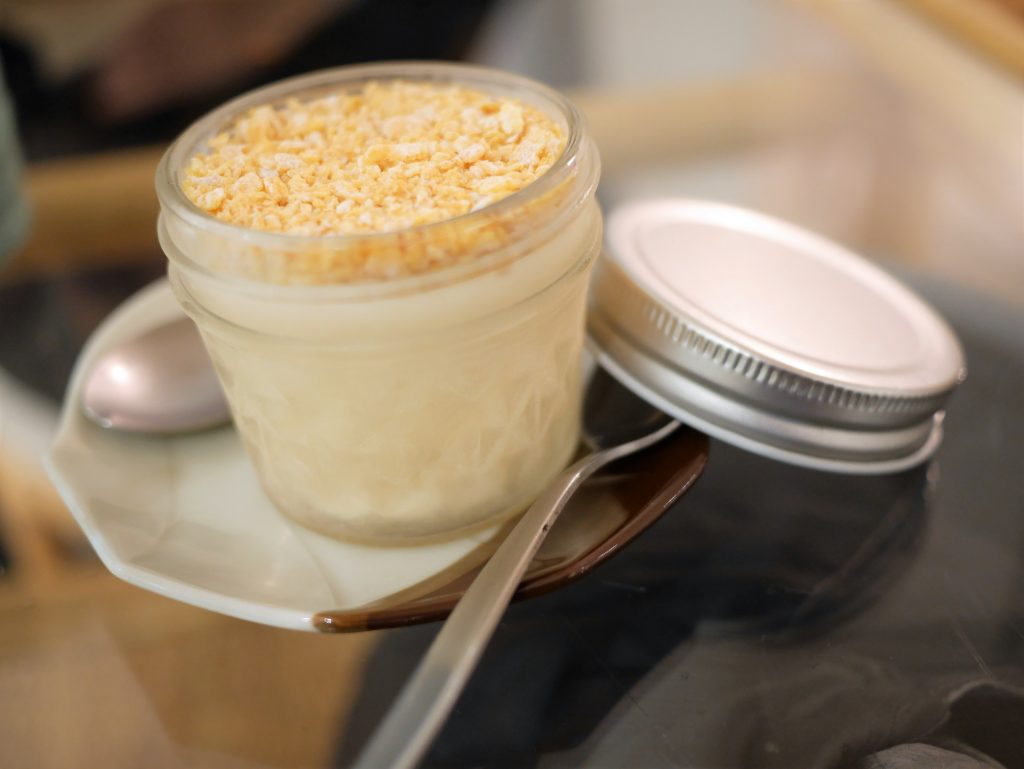 To finish we had their papaya ice cream which was homemade with papaya, coconut and condensed milk. We’ve never had papaya ice cream before but it was really nice! The tropical flavours of the papaya made it really refreshing!

The service was also excellent. The staff were really friendly, and the food came out super quick for us. Adding to the fact that every single dish that came out was delicious, this is a place we will certainly think of when we’re in the mood for some great Malaysian cuisine. 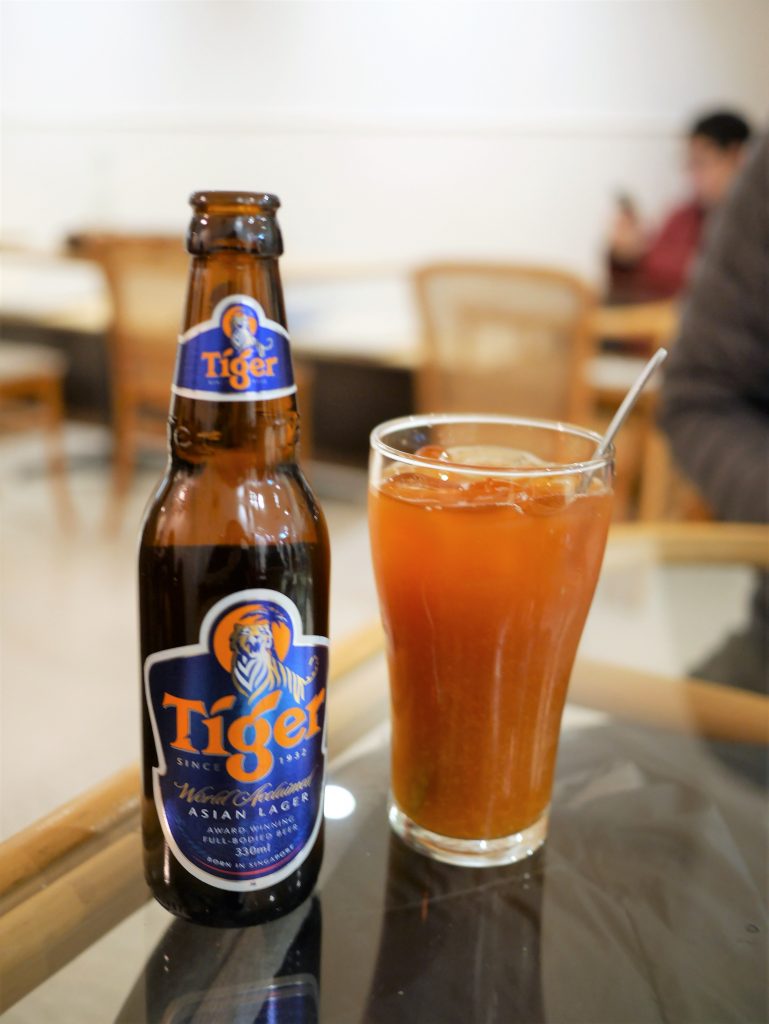 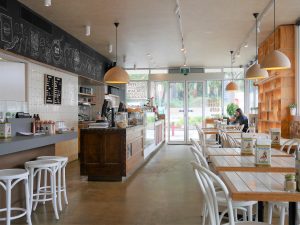 We were recently invited to The Foodstore Cafe, located on a large corner block in Hawthorn. As many of you know, we frequent Hawthorn quite a bit when it comes to food! The cafe itself is large, bright and spacious with wooden tones and white tiles along the walls and tables. 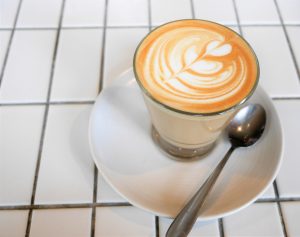 We were provided with an extensive menu and additional specials menu to peruse. We started off with a couple of lattes which were served at the right temperature. The coffee itself was great and had a decent strength to it. I do hate it when I am served coffees that are too weak and milky but this one was perfect. 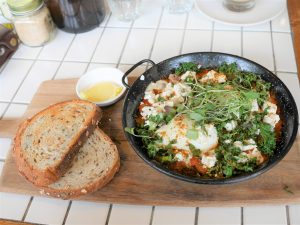 I decided to order the Baked Shakshuka w/ Eggs which had aromatic spiced five beans with tomato, feta, capsicum, mixed veg stew, tahini yoghurt, crispy lemon kale with two poached eggs served with multigrain toast. The portion was very generous and it was delicious. It was also very filling! With all the ingredients in baked eggs, sometimes it can be on the salty side however this dish was flavoured perfectly. 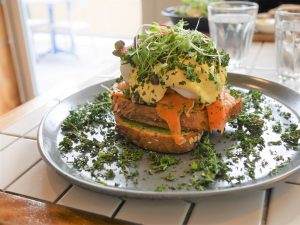 Davin ordered the Salmon Benedict which had smoked salmon, crispy kale, avocado smash, fried capers and two poached eggs on multigrain toast topped with smoked paprika hollandaise. This dish was presented beautifully – I liked the bits of crispy kale sprinkled all over plate like a garnish. Taste wise it was also a very nice dish and the flavours complemented each other well.

We also ordered the Green Machine juice which included green apple, kale, celery, spinach, banana and coconut water. It was delicious and we finished the drink fairly quickly!

Overall the food was great and the service was also excellent. The staff were also very friendly and efficient. 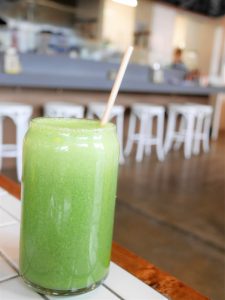 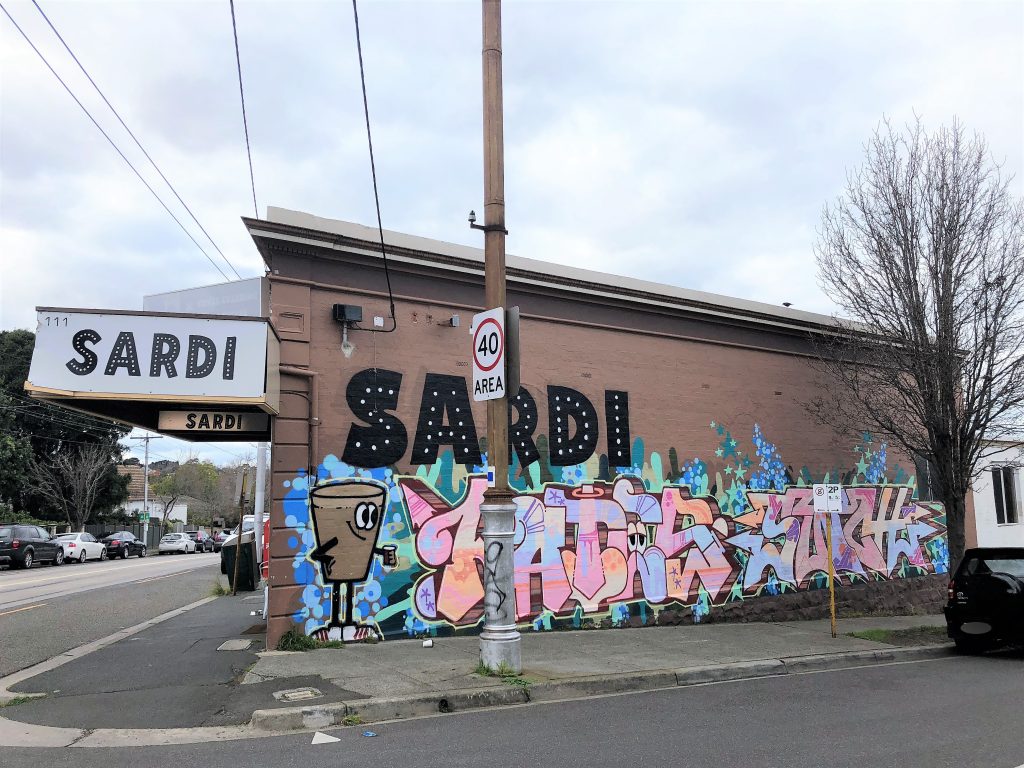 Located on Church St in Hawthorn, and away from the usual area we normally frequent for brunch, Sardi is situated on a corner with colourful graffiti painted on the side of the building like a beacon shouting out to us to come inside.

Inside, the cafe is cosy with white and timber wooden themes throughout. We were seated straight away and I ordered my usual latte to start off with. 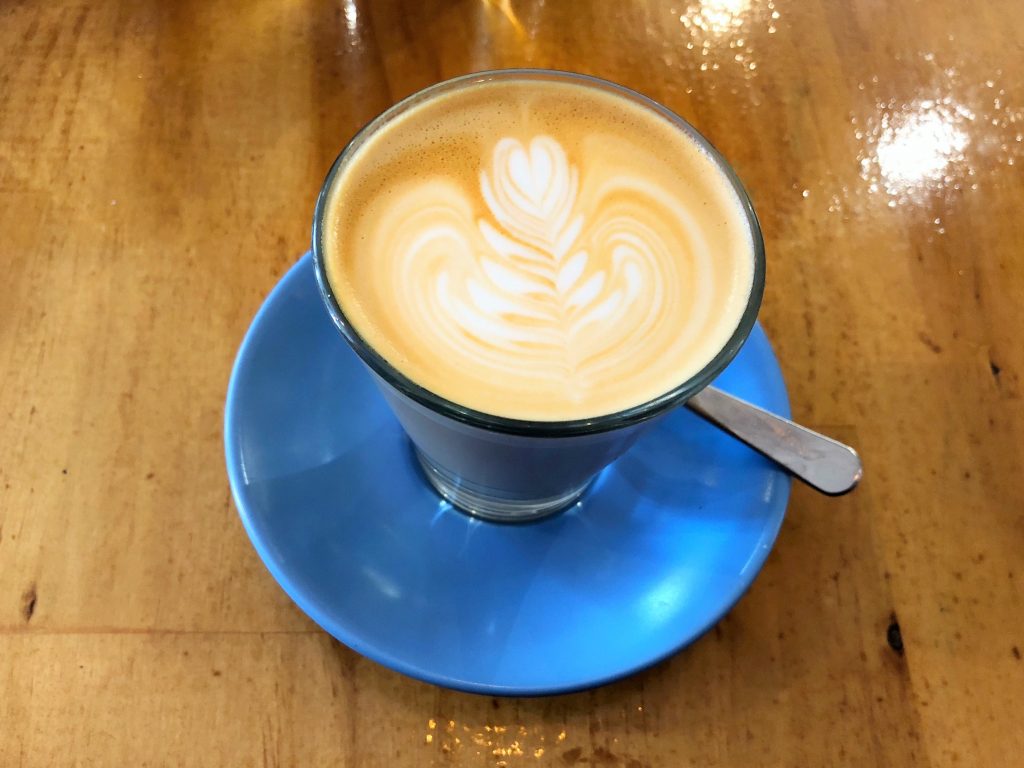 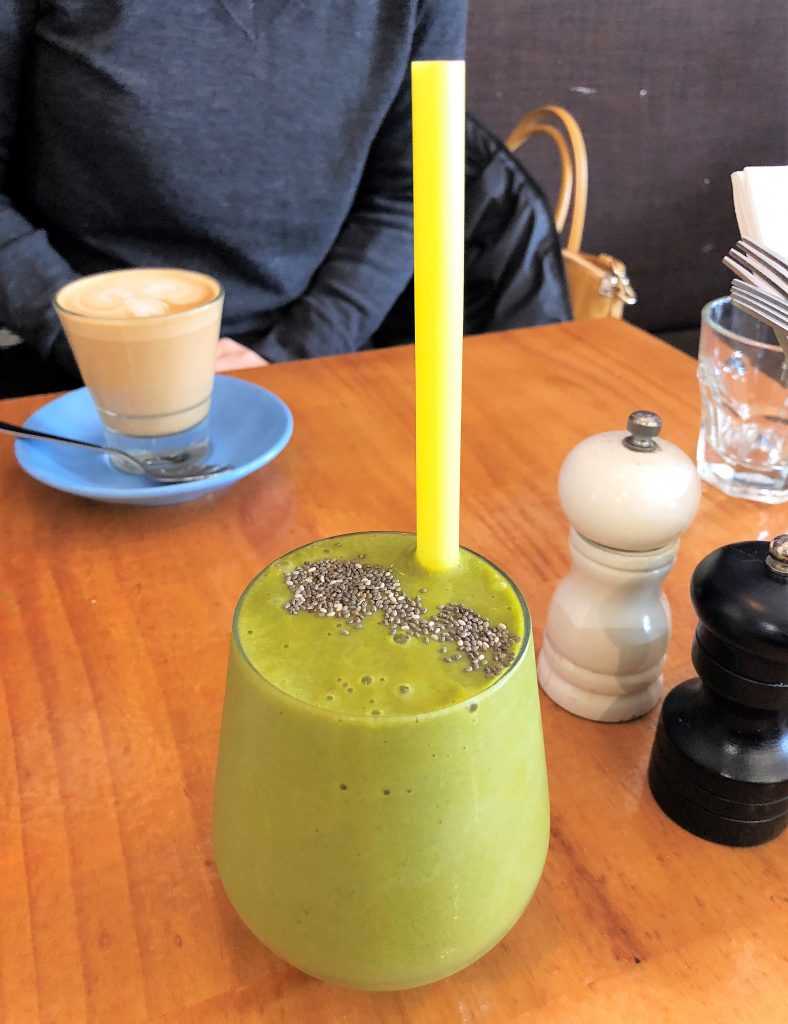 The coffee was good and perfect temperature. Davin ordered the Green Goodness smoothie which had apple, carrot, banana, spinach and kale. It was pretty delicious. 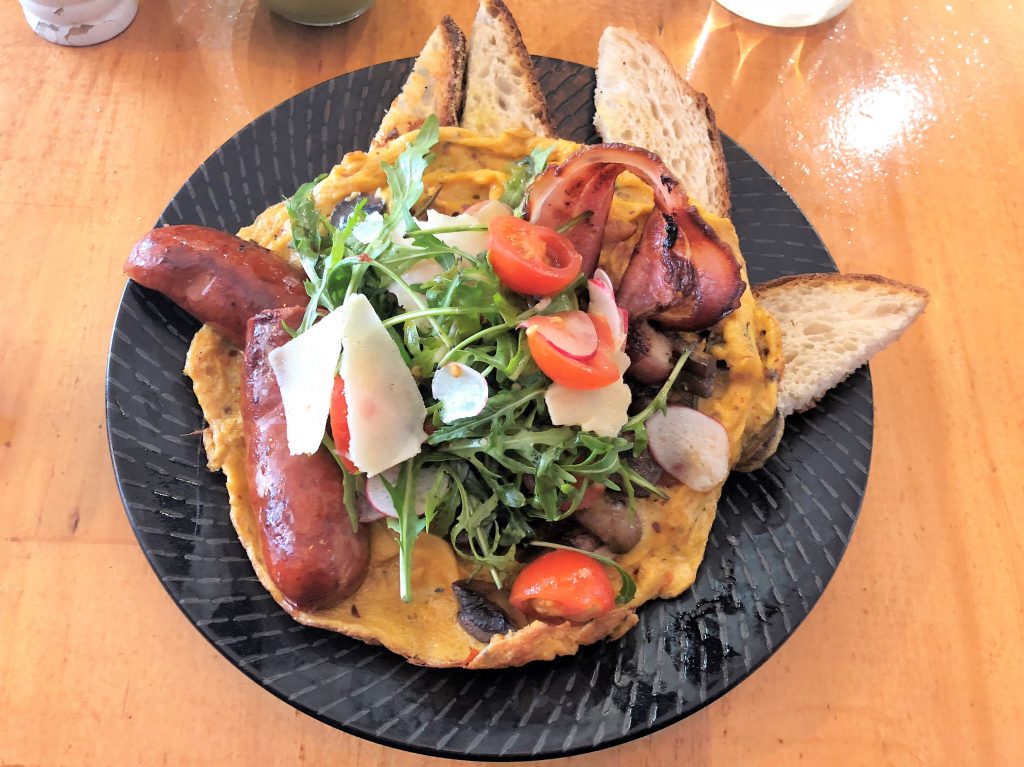 For food I ordered the chilli folded eggs with cayenne chilli, bacon, chorizo, mushrooms, parmesan and rocket salad on sourdough. I found the eggs were overcooked. I like my eggs to be quite moist still and in this case it was quite dry. The presentation of the dish was average and with the exception of the chorizo being really nice and smokey, I didn’t find the dish special in any way. In fact, it was probably something I could whip up at home. 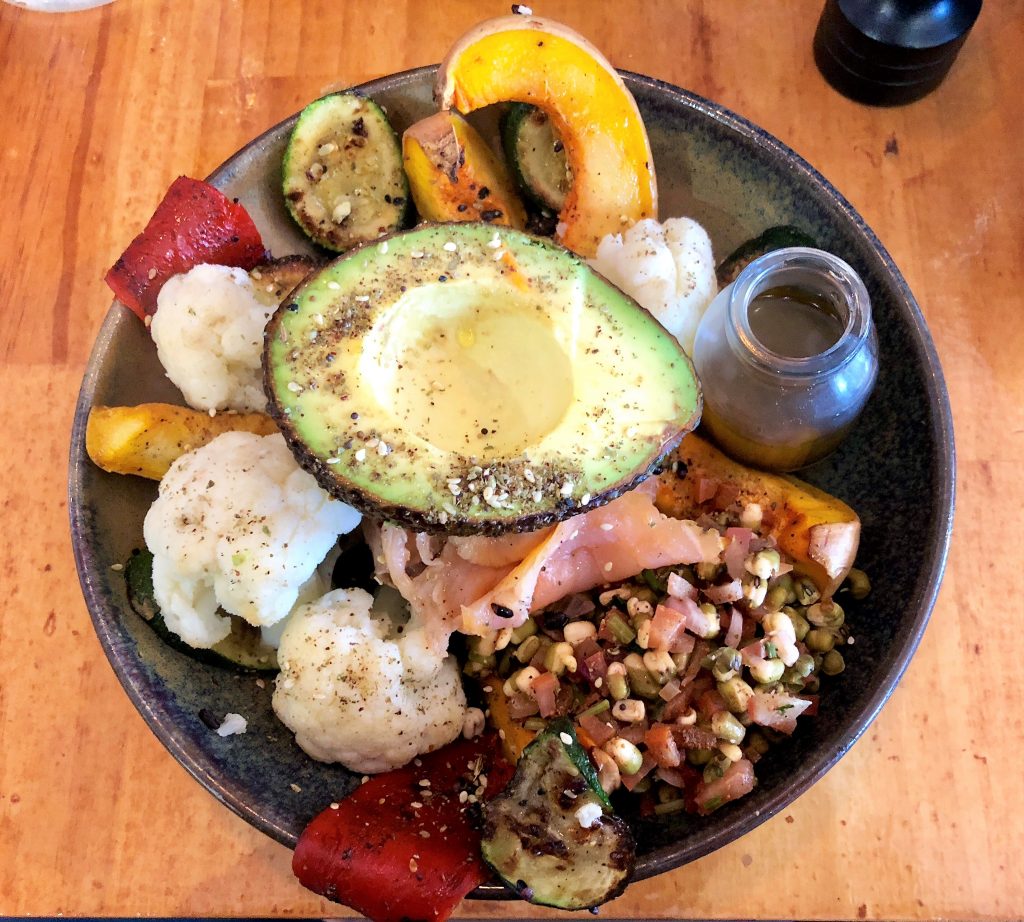 Davin ordered the Winter Rice Bowl which had cauliflower, mung sprouts, roast pumpkin, grilled zucchini, avocado, black rice, dukkah and smoked salmon as extra. Now this was a special dish. It was presented beautifully in a huge bowl with some dressing in a little glass jar. It tasted so HEALTHY. The salmon was not salty at all and complimented the overall dish. Certainly a place to think of if you are wanting a healthy bowl of goodness. 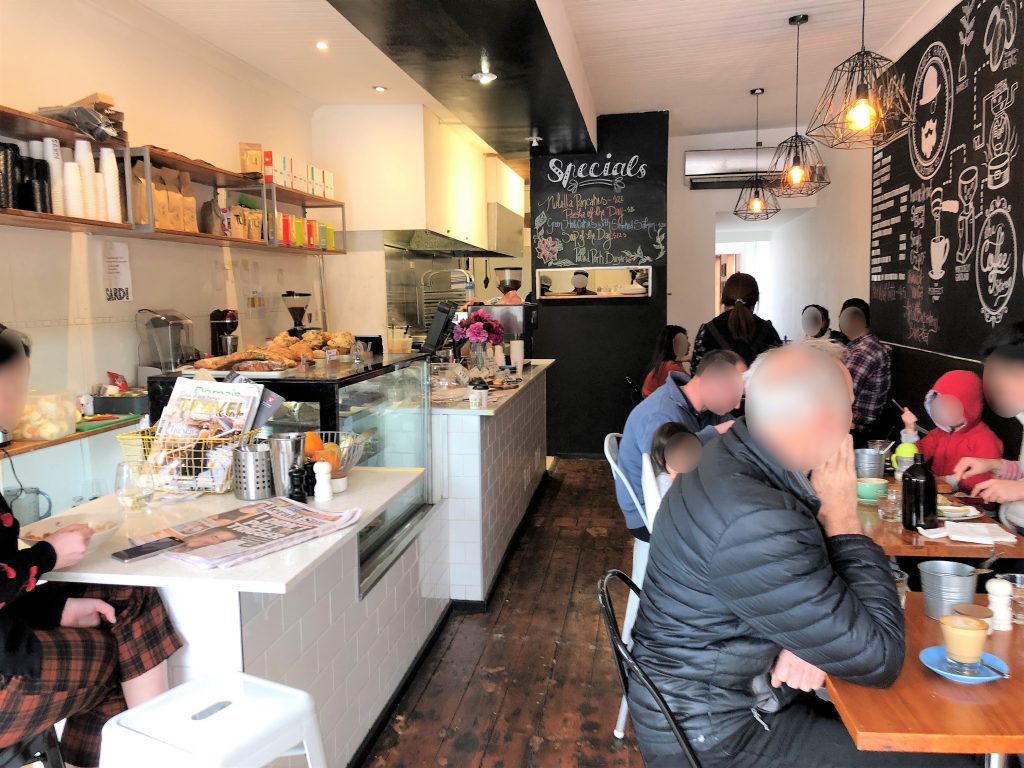 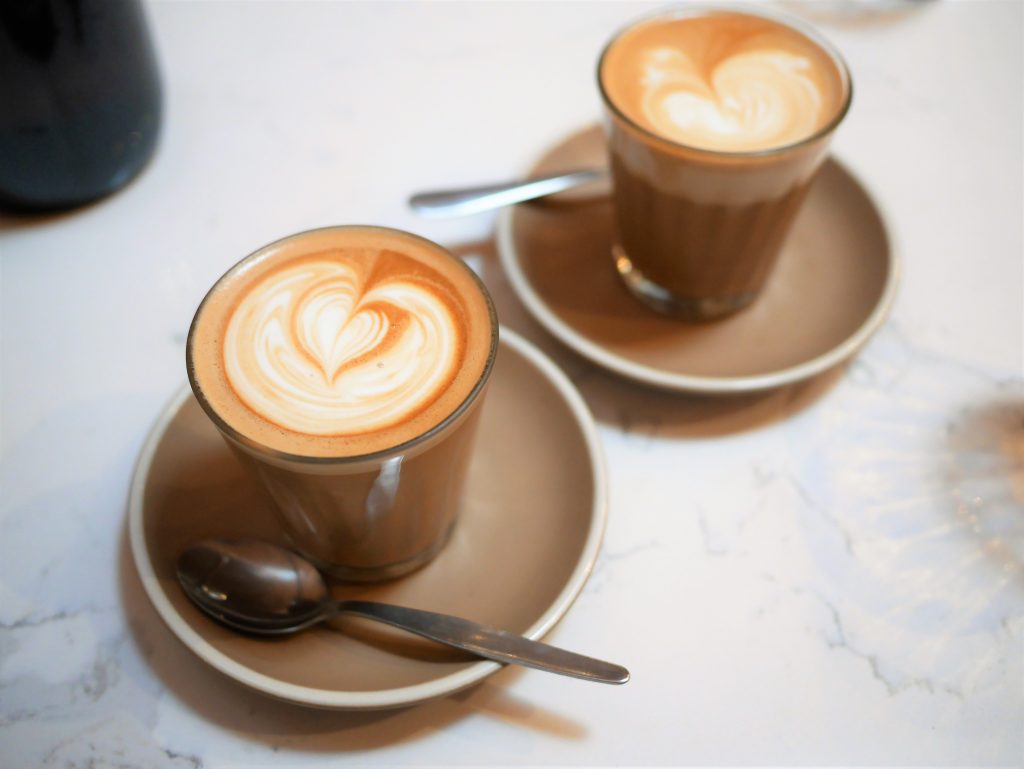 We’ve had Shanklin Cafe on our ‘to try’ list for a while now and finally got around to checking it out one weekend for brunch. Located in a more quiet area of Hawthorn where there isn’t as much competition with other eateries, Shanklin Cafe is a cute cafe embedded in with other residential houses, with the exception of the exterior of the building painted a dark grey so that it stands out as an invitation to come in and eat! 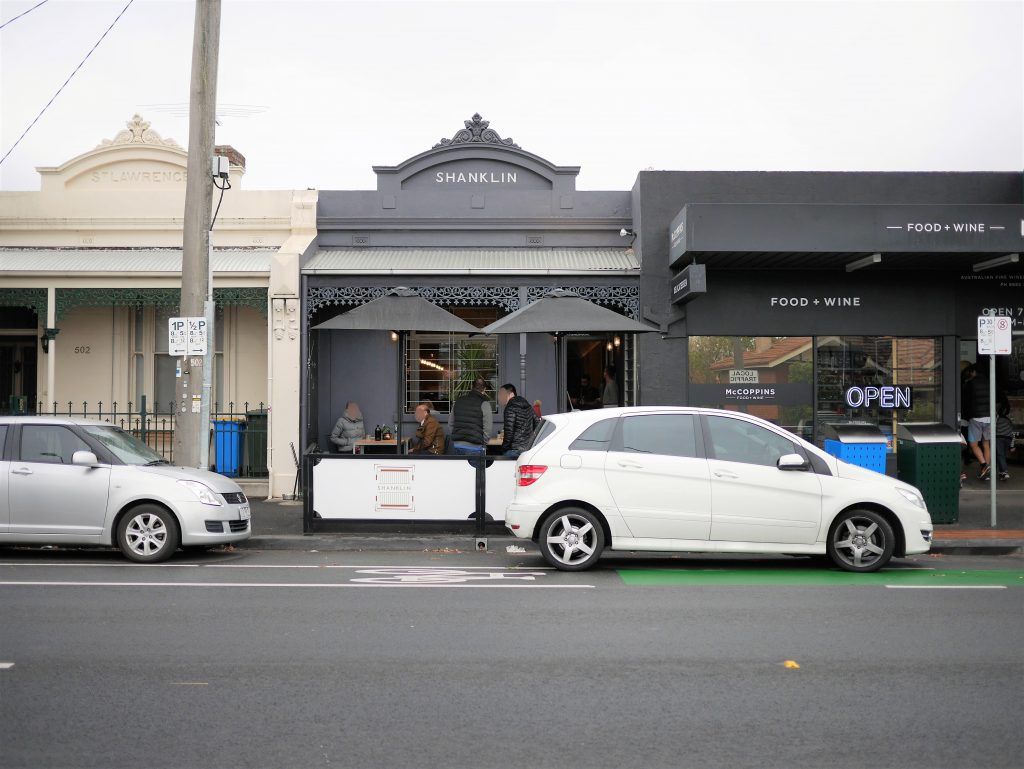 It was bustling and very busy when we walked inside however it wasn’t long before we were seated quite efficiently at a table. Davin and I ordered a couple of lattes to start off with and we were impressed already of the quality of the coffees. They were good strong lattes, something we don’t quite often get these days as we find they can be weak and too milky. But not these! They were strong and served at the perfect temperature. 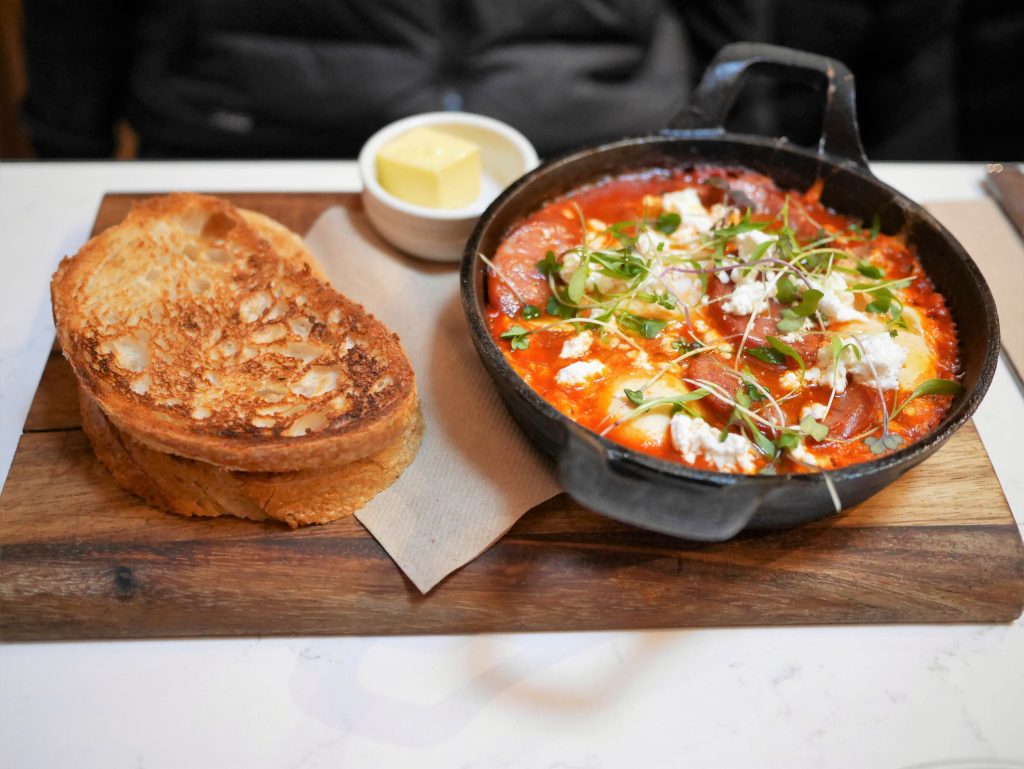 For food I ordered the baked eggs shakshuka which included red peppers, cherry tomatoes, chorizo and goat cheese served with sourdough bread. This dish was SO good! I’ve had many baked eggs dishes during my brunch life and this one was top notch. I loved how it bursted with the flavours of the tomato and the saltiness of the chorizo, balanced out by the perfectly runny eggs. I was also surprised that for a dish that can generally be quite heavy, it was light and didn’t make me feel too overly stuffed. I certainly lapped up every last bit of the sauce with my bread. 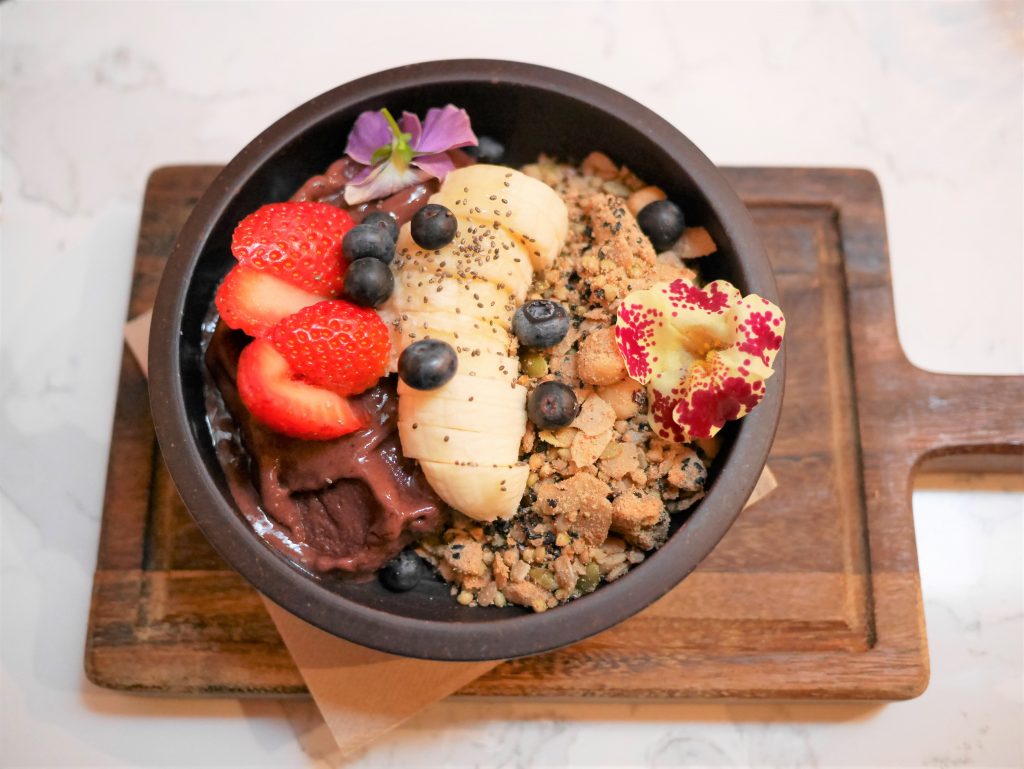 Davin ordered the acai superbowl which was blended with banana and topped with seasonal fruits and granola. It was such a pretty dish and presented in a lovely bowl on a wooden serving board. It was also delicious! Davin gobbled it up pretty quickly and from the few bites I had, it was really refreshing and not too overly sweet.

I also ended up getting some freshly squeezed juice which consisted of apple, carrot, celery, ginger and orange. It was so thirst quenching and had the perfect balance of ingredients.

Overall we were very impressed with Shanklin cafe and will definitely be back to check out their other menu items and for their great coffee! 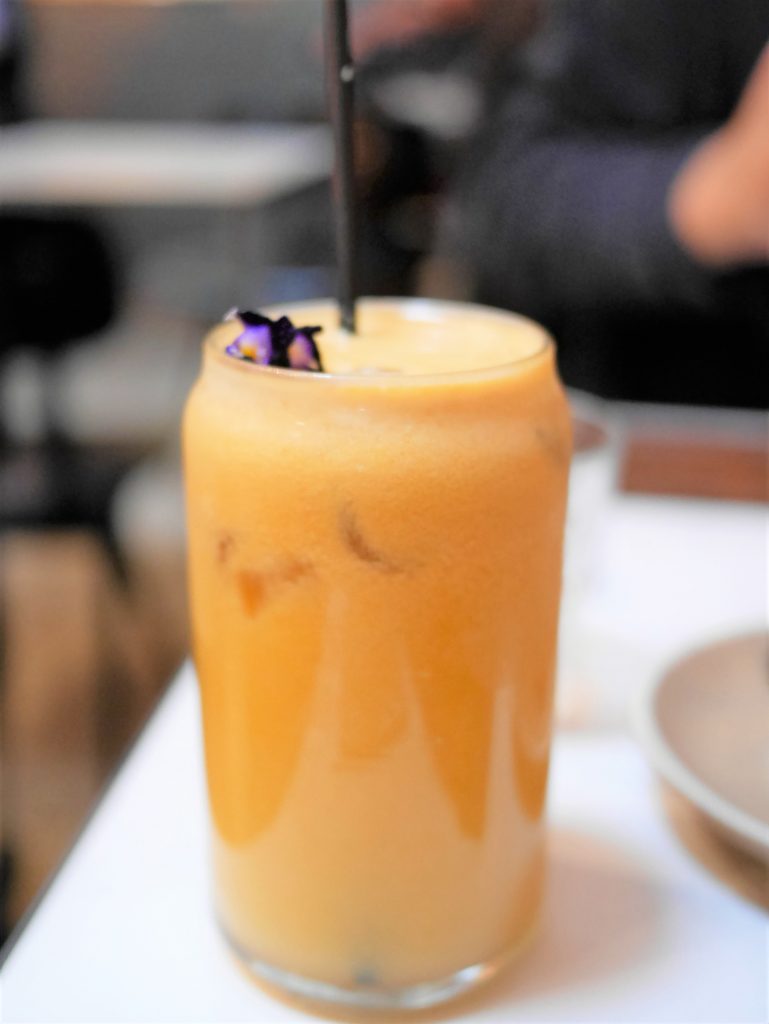 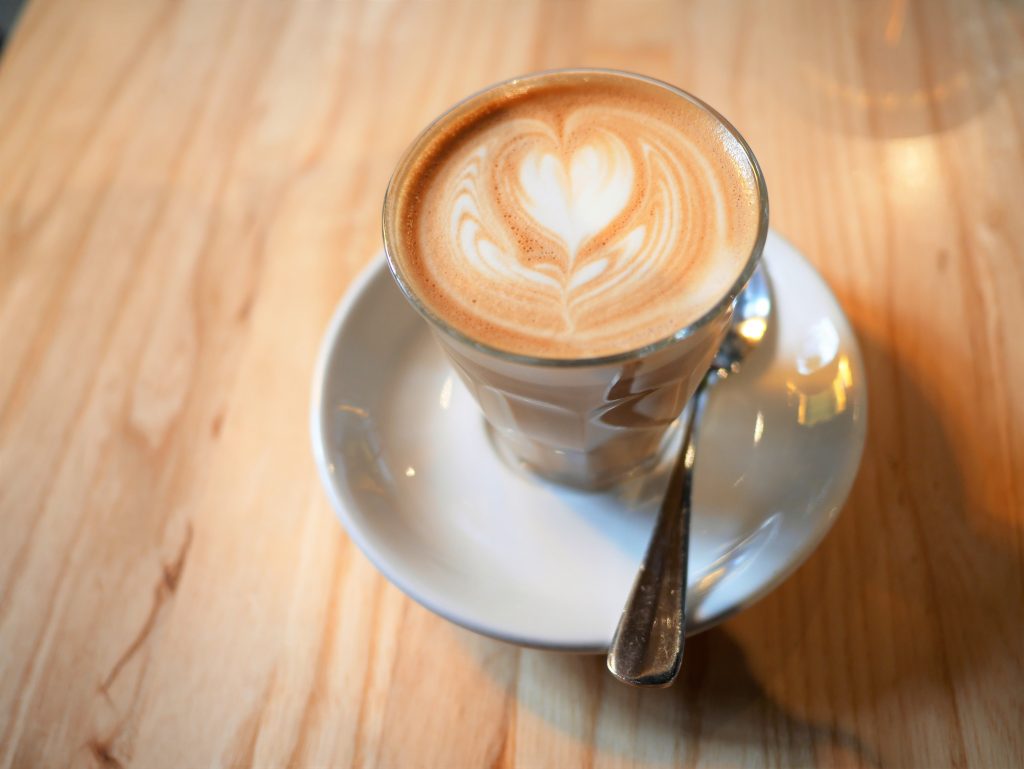 We came across another great brunch place over the weekend! Light Years is located on the less busy end of Camberwell Rd in Hawthorn East so it was fairly easy to find parking on a Saturday.

The cafe is quite a large open and modern space with plenty of floor to ceiling windows right around, allowing lots of natural light to spill in. There are plenty of tables and chairs and we were seated right away.

I ordered a latte and Davin ordered a green juice for drinks. The latte was made just right, it wasn’t too hot and it was strong and not too milky. 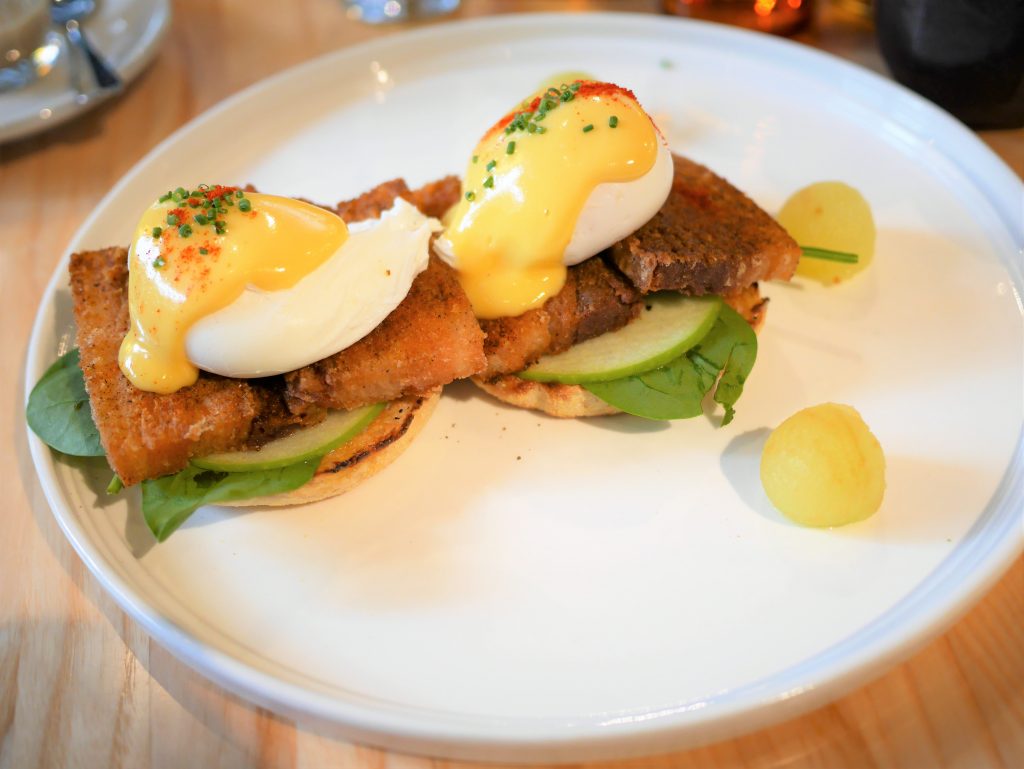 For food I ordered the pork belly eggs benedict with poached eggs, spinach, apple, housemade bbq sauce and maple hollandaise on english muffins. The pork belly servings were generous and was really nice, the eggs were runny just the way I like them, and the sweetness of the apple made it a killer flavoured dish! 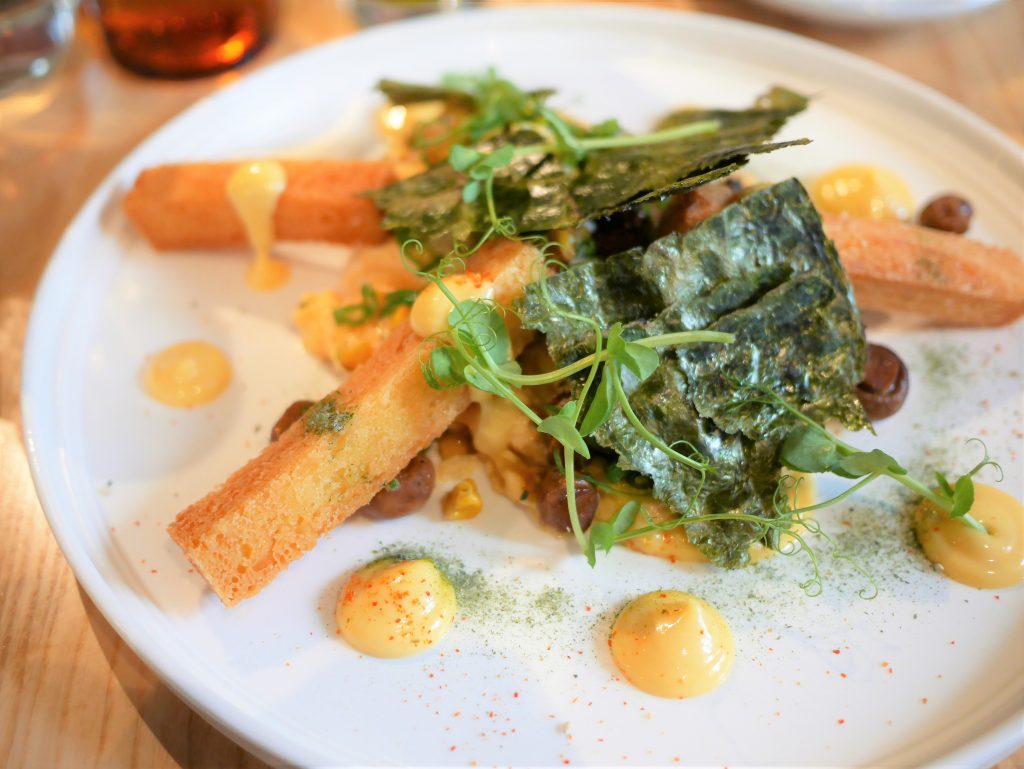 Davin ordered the miso scrambled eggs which had soy roasted mushrooms, seaweed, nori, spring onion, charred corn, and milk bread sticks. This was probably the highlight dish. The scrambled eggs were cooked so perfectly, they were soft and fluffy with lovely flavours. They were buttery and sweet with the right amount of saltiness. The sauce that went with it added to the flavours.

We found the overall portions to be quite generous and the food came out very quick considering how busy they were. The staff were also friendly and super efficient. A brunch place we’ll definitely be back again. 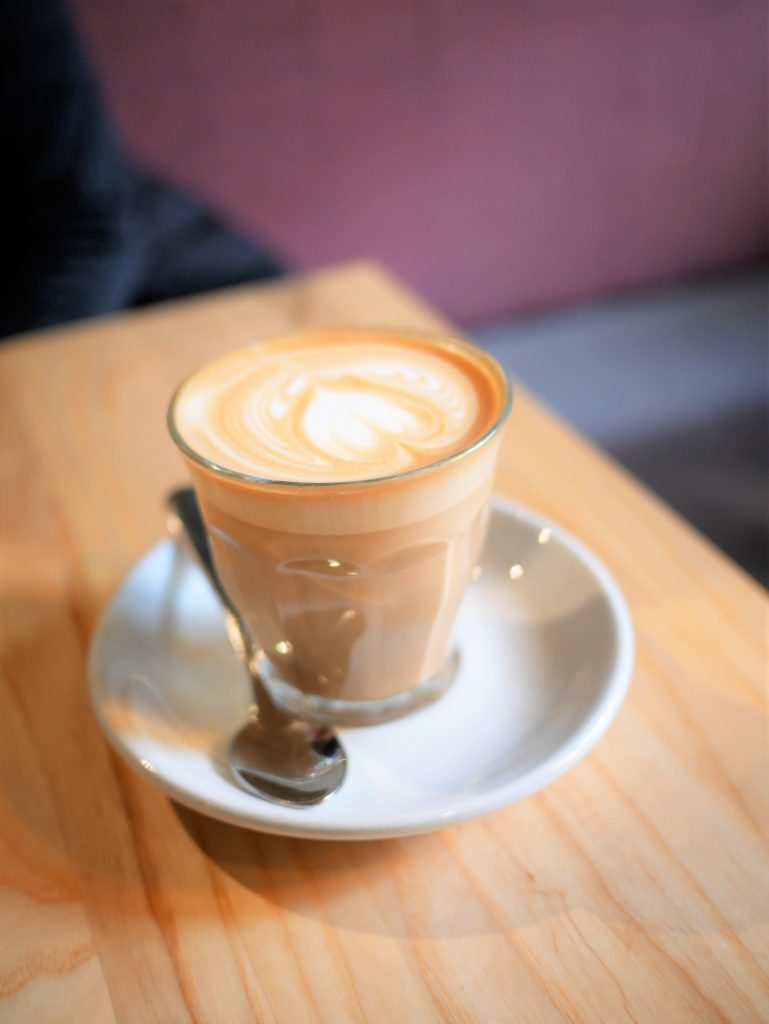