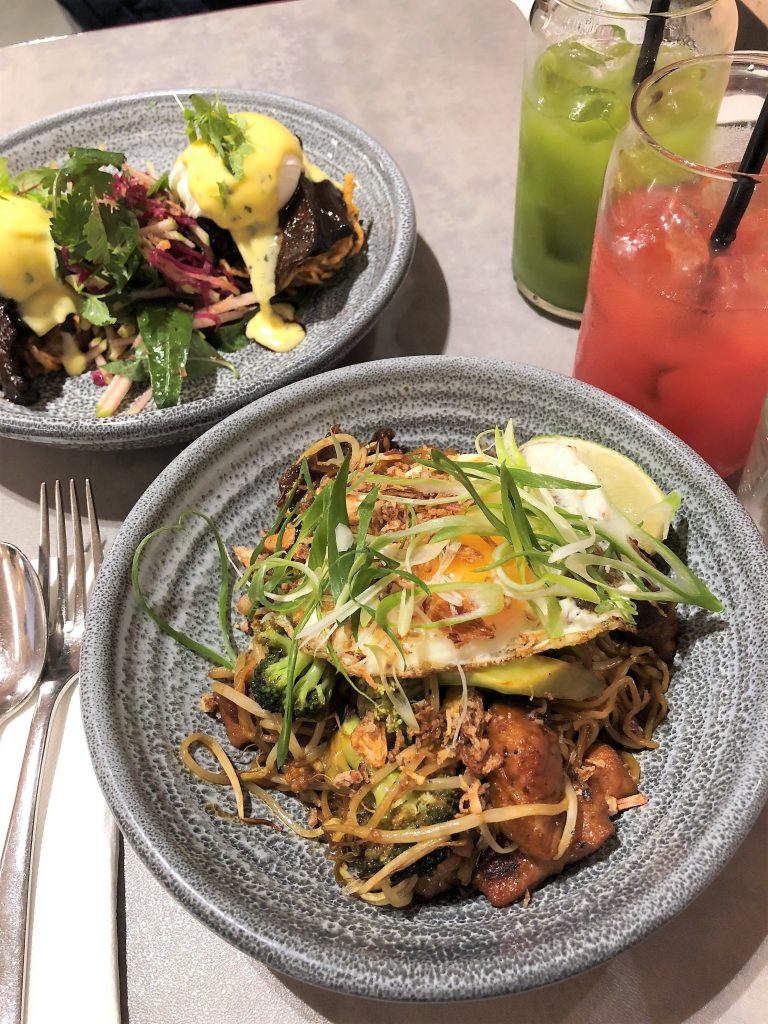 Glen Waverley is always brimming with cafes and restaurants, old and new, so it is hard to keep up with it sometimes when you’re out there! We finally decided to check out Workshop Brothers one weekend which is a fairly newish establishment right in the heart of it all. 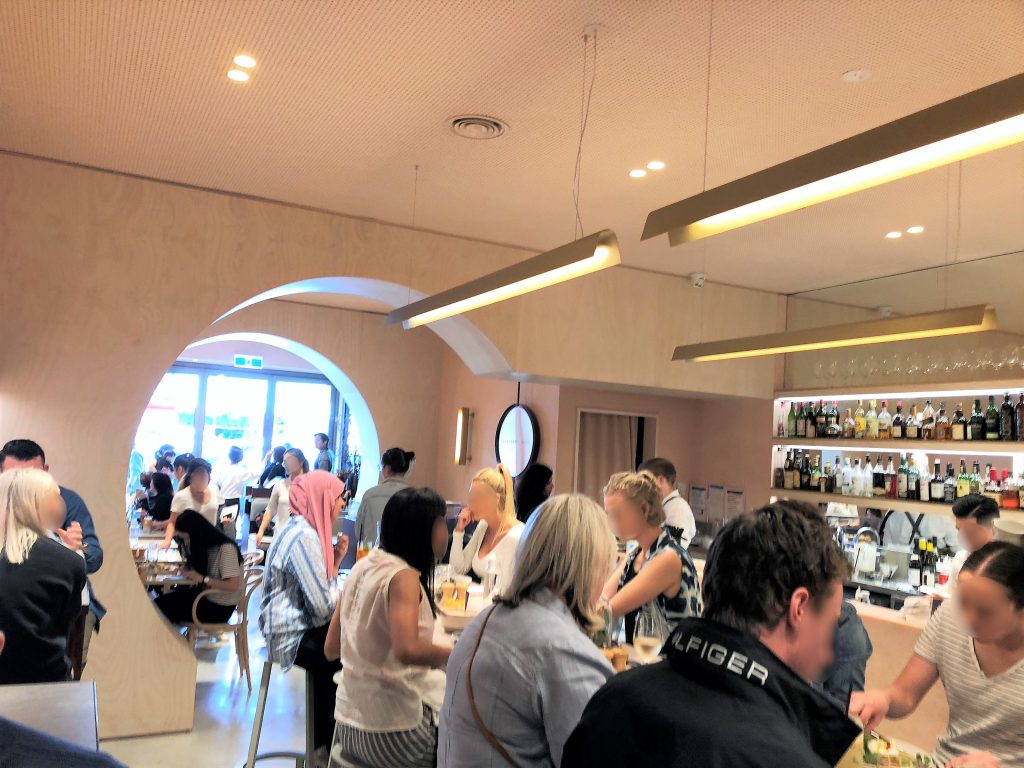 Upon entering, the first thing I noticed was the colour and the interior. The theme was pink with rose gold trimmings! It was dramatic but it worked! I’ve never seen a place like it but it was done quite stylishly, and it was packed with people! 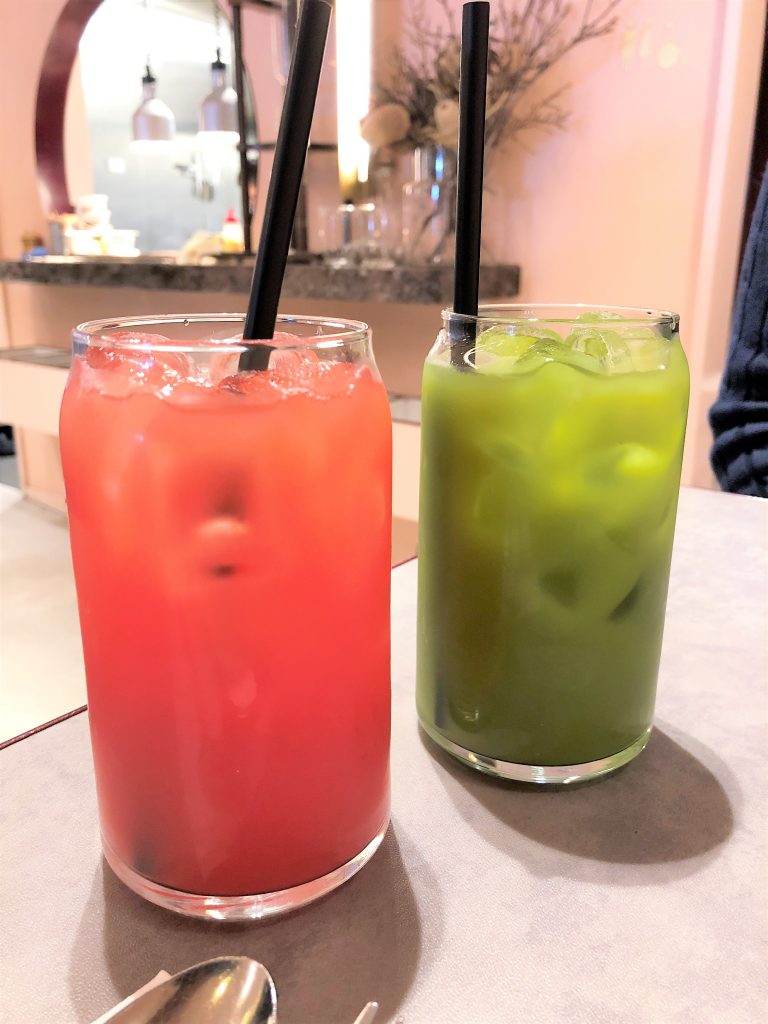 Although it was bustling, we got a table straight away and perused the menu. We both ordered some fresh pressed juices. I got the kale, spinach, celery, lemon and apple juice. It was really nice and refreshing, and the lemon in it worked. Davin got the watermelon juice which was also great. They both quenched our thirst. 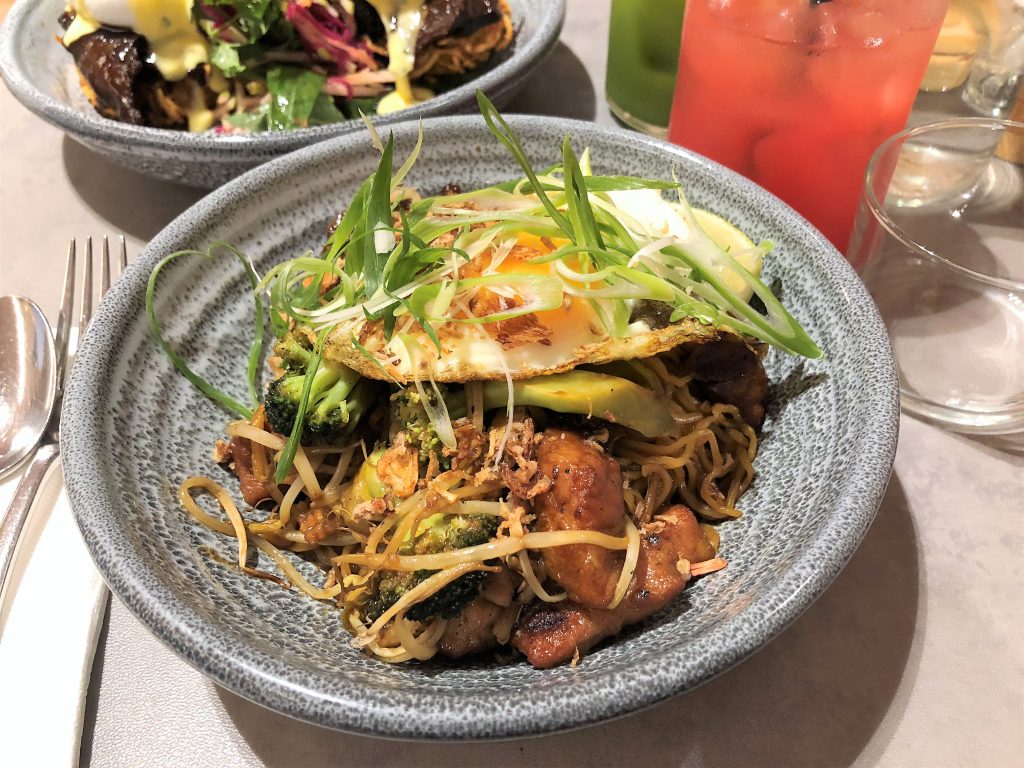 For food Davin ordered the Workshop Migoreng. It was a dish he couldn’t say no to as it was so unique. It had pork belly, seasonal vegetables, balinese sauce, egg noodles and a fried egg. It was so delicious and flavoured that it took us back to Asia. Davin thought it was probably a tad on the salty side after a while, but it was fine for me. 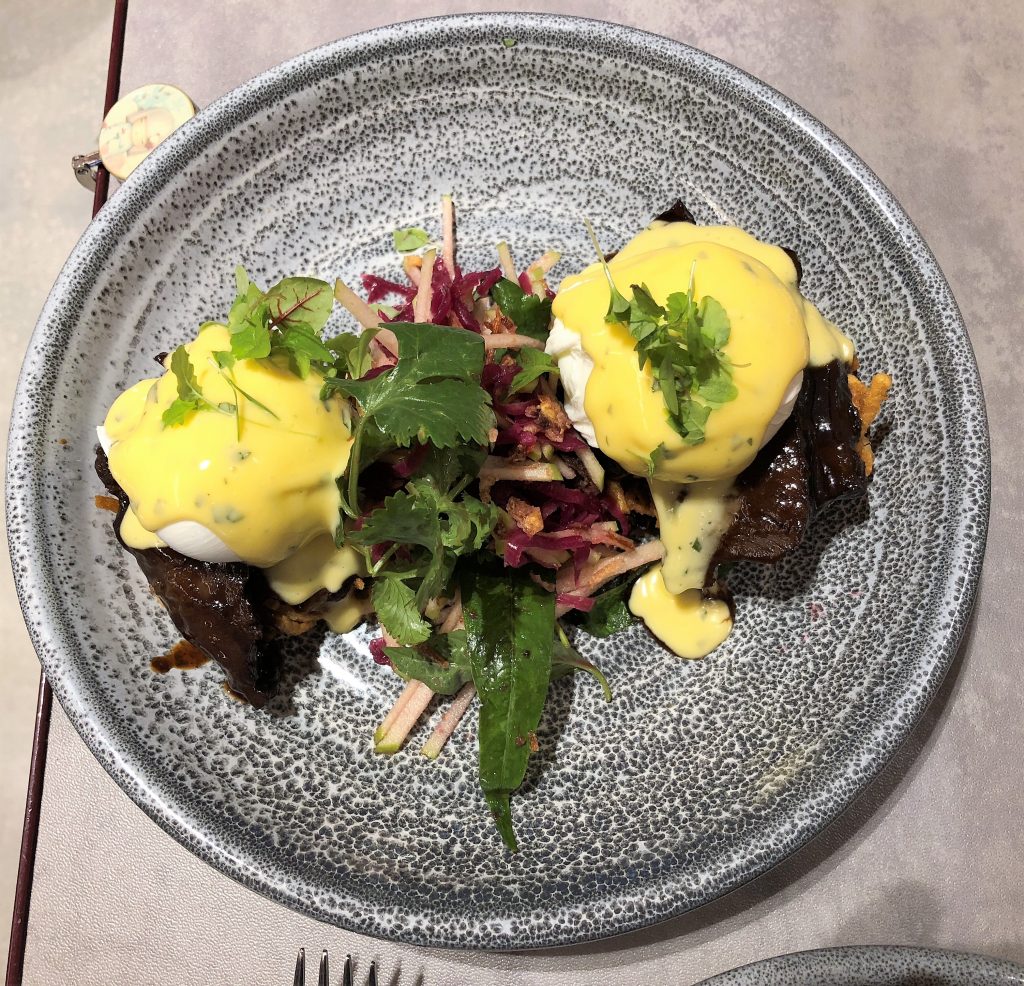 I ordered the slow cooked beef cheeks with rosemary hash, spiced cabbage, apple slaw, bearnaise and poached eggs. I was drawn to it because it had ‘Urban List Top 50’ noted in brackets next to this menu item. And wow, what a dish! It was pretty amazing! The beef cheeks were so soft and tender, the rosemary hash was cooked and flavoured well, the spiced cabbage and the sweetness of the apple slaw balanced out the dish. The bearnaise sauce was nice and light and the eggs were poached perfectly. I couldn’t fault the dish! It looked heavy when it was brought out but it wasn’t at all and I gobbled it up pretty quickly.

One thing I regret not trying out was their coffee as they claim to have amazing coffee, so I’ll have to come back and try it out next time. I have to also mention that the service there was fantastic. Staff are super on the ball and even though it was fairly busy, the food and drinks came out pretty fast.

Overall it was a really great experience and we’ll definitely be back. They are also open for dinner so next time we’ll check out their dinner menu! 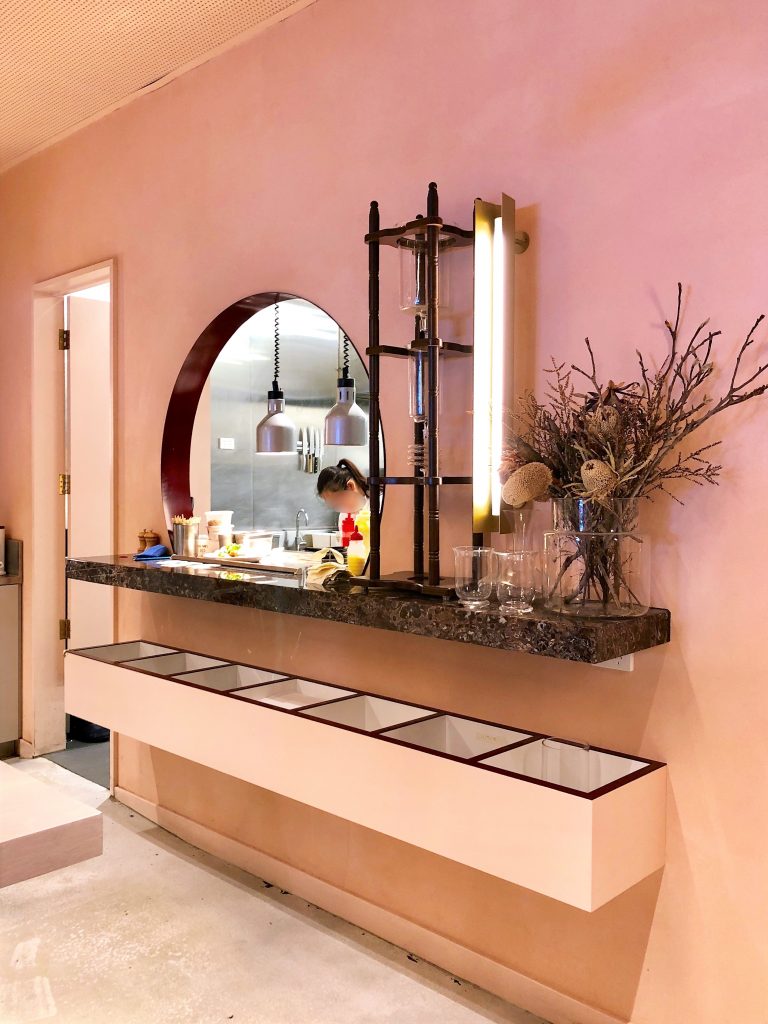