I have been feeling under the weather lately, and been coughing like crazy! I’m still amazed by how much mucus my body can produce. If there’s one advice I can give you guys, it’s don’t exercise when you’re not feeling well! Early last week, I met up with a friend to play table tennis. I got an amazing cardio workout that night, but boy have I paid for it since. My friend is a pretty ‘careful with his money’ type of guy, so he’s always looking for bang for buck places to eat. Surprisingly his track record with food recommendations hasn’t been too bad! Thankfully on this particular night I was introduced by him to That Greek Tavern, and I thoroughly enjoyed this meal.

It’s hard to miss this place, they’ve got a giant guy striking a dance pose painted on the side of their restaurant. I’ve driven past this place plenty of times, and had always said that I wanted to give them a go. It was really comfortable inside, the restaurant looked bright and clean. The tablecloths give it an upmarket feel, but the paper on top tells me they don’t want to be washing tablecloths all day. The paper was all clipped onto the table neatly (Chinese yum cha places could learn a thing or two from these guys). 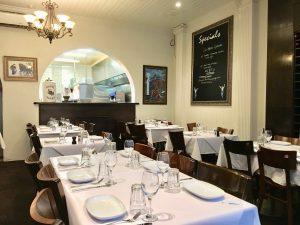 We opted for the $35 set menu special which consisted of Saganaki and continental sausage for entree, and Greek salad, lamb gyros, chicken gyros for mains. The dips were magnificent, it was really fresh and tasted what it claimed to be. The feta cheese dip is a must try for any cheese loving fan. The continental sausage pieces were some of the best sausages I’ve ever had! They were tasty, but ‘light’ in a way. It’s hard to describe, but I didn’t get that stuffed/overwhelming feeling. This was my favourite dish of the night. The Saganaki was spot on, crispy on the outside and soft on the inside. It wasn’t too salty as well… the entrees as a whole were ultra impressive! 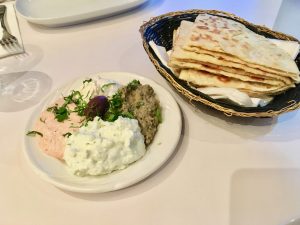 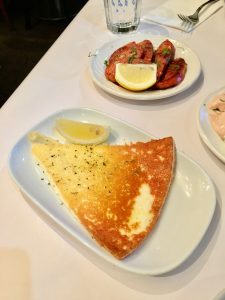 I’m personally a huge chicken gyros fan, and would always pick it over lamb. The chicken gyros here was some of the best I’ve ever had! It was so moist, juicy and tender. Seasoned perfectly, it was another standout dish! When I moved onto the lamb, it was a strong reminder why I had always preferred the chicken. The lamb was inconsistent, some bits were not bad, and some bits were tough and very chewy. The flavour was good though, I guess it’s the nature of the meat, lamb is just so unforgiving sometimes! However in saying so, I’ve had some killer lamb gyros before, it’s just few and far between. 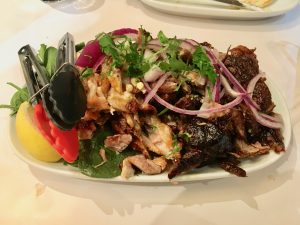 The set menu was very filling indeed. It was deceiving because when I saw the meat come out, I just looked at my friend confidently and said “I’ve got this.” When the dust settled, I was the one who got smashed! For $35, you will not leave this place hungry, I can guarantee you that. I highly recommend this restaurant to fulfil your Greek food cravings. I’ve already told my partner in crime about this place, and she’s keen to eat here too….I guess we might see you guys around? 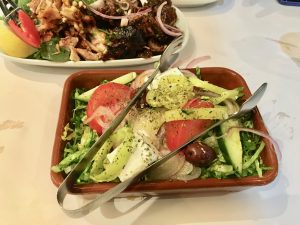