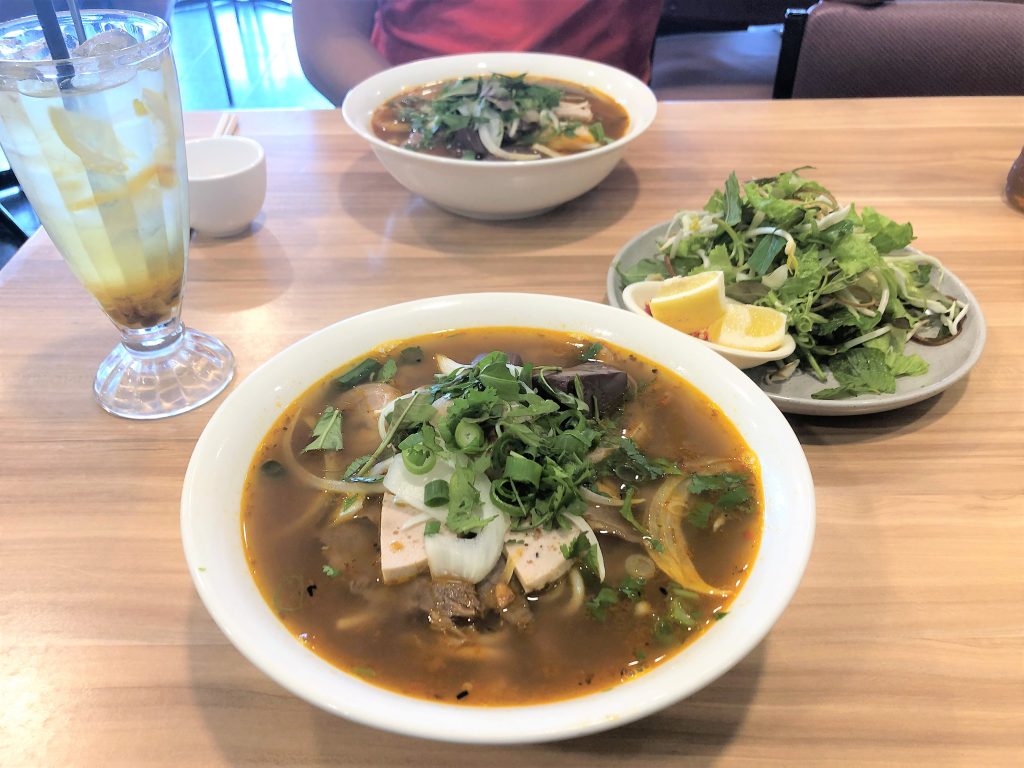 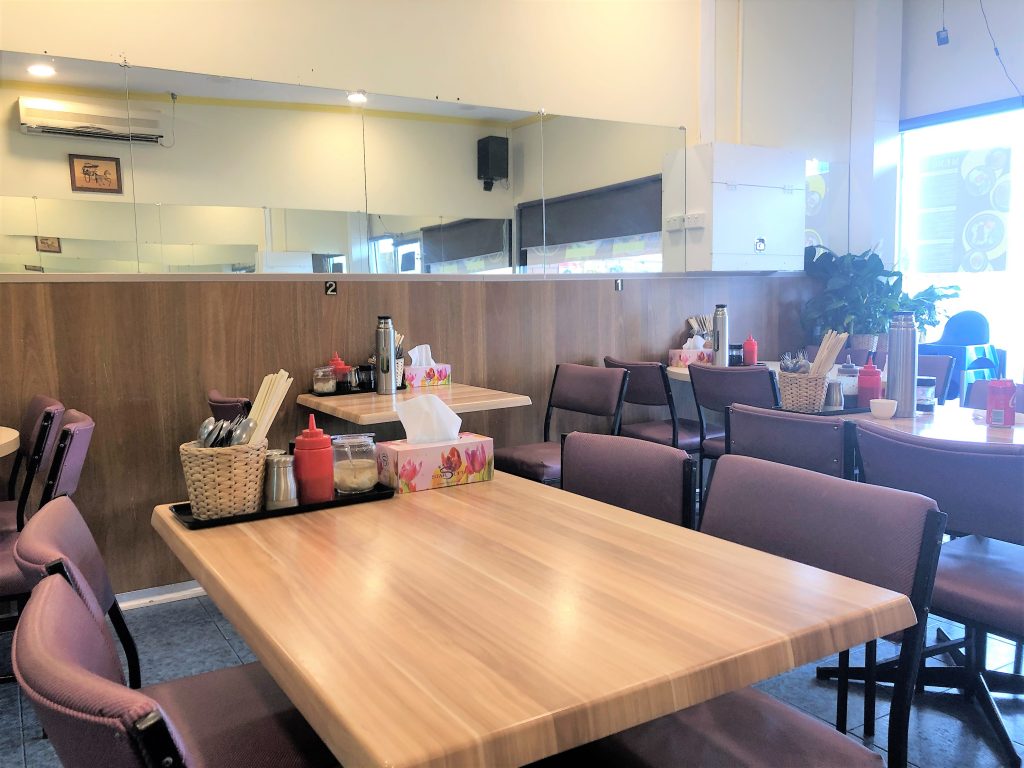 We recently discovered a fairly new restaurant called Quan Lua that opened up with apparently really good Bun bo Hue. Now for those that don’t know, Bun bo Hue is a spicy Vietnamese noodle soup from Hue, a city in central Vietnam. Davin and I have both had our fair share of this dish in our lifetime and so when a friend of ours told us how good it was there, it certainly piqued our interest.

Located on Buckingham Avenue along a strip of other restaurants and shops, Quan Lua is a smallish no nonsense restaurant. When you enter, you know it’s the real deal when there are only true blue Vietnamese customers dining inside. 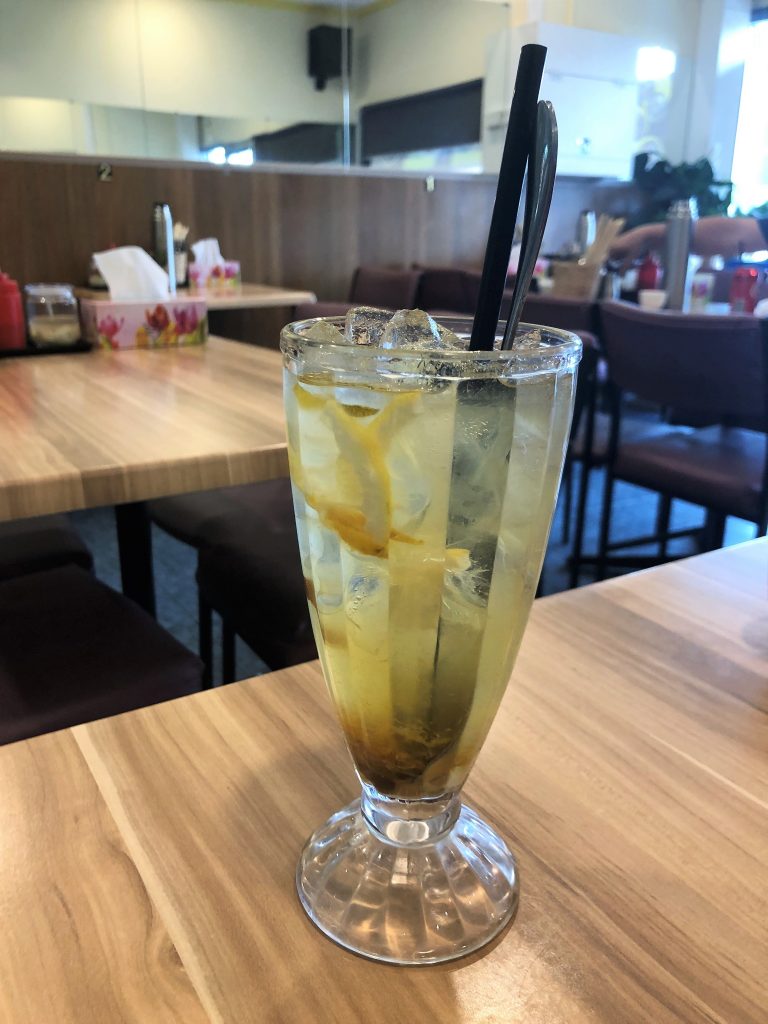 For drinks I ordered the iced kumquat drink which was delicious. Davin has never been a fan of kumquat in general but I love it. He stuck to just hot tea. 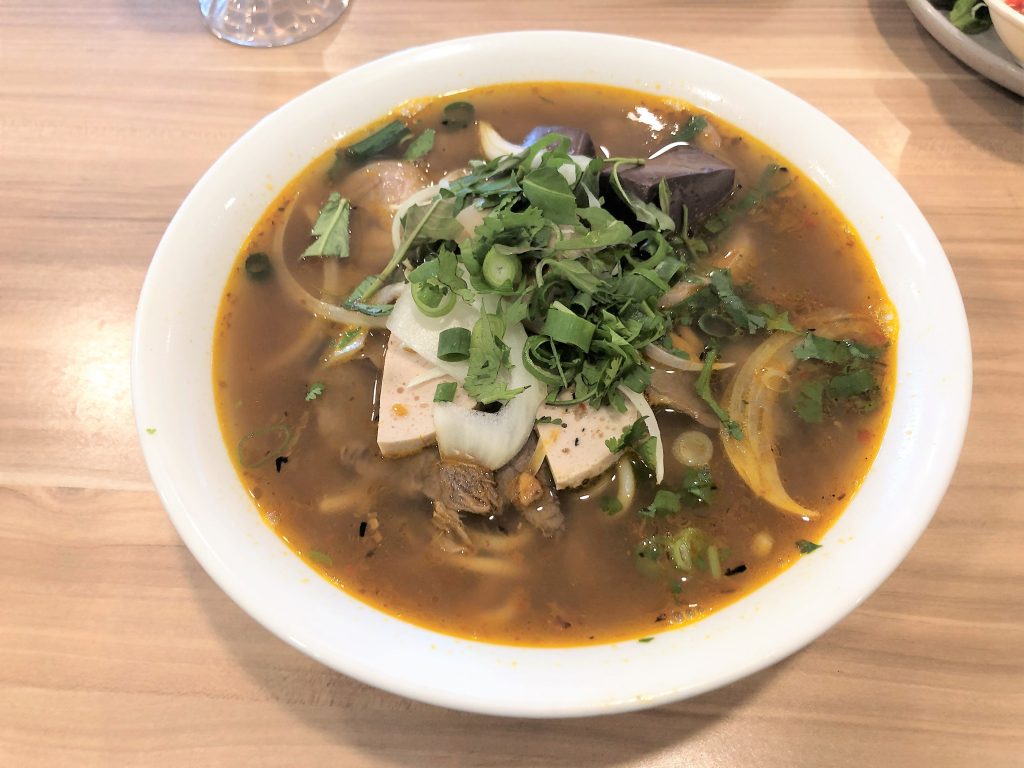 But we were there of course for their famous Bun bo Hue so we ordered 2 bowls of it and excitedly waited with much anticipation. They came out in large generous bowls piping hot with the usual sides of lime wedges, mint, bean sprouts and other greens to mix in with your Bun bo Hue. The first thing we noticed was that it was packed full of goodies to devour! They definitely didn’t cheapen out as the bowls had lots of beef and pork slices, cubes of pig blood and large pork knuckles.

The first thing I always do when eating a soupy dish is to take a sip of the broth to get a sense of the flavours. The broth was so beautifully flavoured. It had the perfect amount of spiciness combined with the lovely sour and salty flavours to make it a killer broth. The noodles were also perfectly bouncy and not too soft. Coated in the flavoured broth, I enjoyed slurping up every bit of noodle. The beef and pork portions were generous with the right amounts of fat attached to it, however it was the pig blood that was really special. These cubes of blood was so delicate like jelly, and so fresh! I don’t think I’ve ever had pig blood that fresh before.

Verdict? Probably the best Bun bo Hue I’ve had in a long time! Highly recommend! However if you do feel like another soup noodle dish there, I also recommend their country style chicken noodle soup which is also amazing. The broth is herbal based and also really flavoured. The chicken literally just falls off the bone too!