There’s just something about Hong Kong cafes which brings a smile to my face! I think it’s the fact that their dishes are so quirky, which takes me out of my comfort zone. Sometimes I’ll go in with a rough idea of what I feel like, but I always end up ordering something totally different! Food authenticity had never meant much to me, but if it’s important to you, then you’d probably appreciate Kowloon Cafe. These guys are located amongst a strip of shops on Canterbury Road in Box Hill. Parking is available on the side streets, but I find it easier to just park in the ALDI car park and enter the cafe from the back entrance.

Word of warning – this place gets BUSY! The whole Chinese community unites at this cafe, and it’s quite common to queue for a table. If you’re unlucky, you may find yourself seated at the table right near the door. This is where a sea of people will be looking over your shoulder, and drool over your food. Not the best seat in the house, but in a dog eat dog world, you take what you can get!

For only $12, I have ordered Set Menu A several times. It comes with an egg and ham omelette, satay beef instant noodles and a drink of your choice. I generally pick the HK style milk tea because you’d be a fool to get any other drink. The best I’ve had in Melbourne, no joke. It’s a lot cheaper to get it in a set menu than to order it separately. The omelette comes out looking fairly oily, and the egg part can be a bit plain. However once you hit the ham pieces it gets pretty damn good! The ham is not too salty and goes well with the egg. 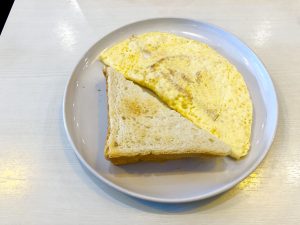 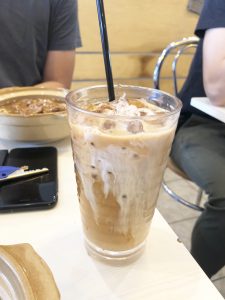 The satay beef instant noodles is very tasty indeed. Useless fact – when I was young I had dreams of opening up my own instant noodles restaurant! I literally lived off this stuff growing up, and became quite skilled with the culinary art of cooking instant noodles. The noodles here were not overcooked and the beef was tender, not bad for Chinese takeaway style beef. If I had it my way, I wouldn’t mind a nice runny yolk egg and some Chinese cabbage to go with it, but I guess they gotta work within their budget. Speaking of which, this set menu for $12 is exceptional value, and makes for a feel good lunch. It’s a shame they don’t open for dinner! 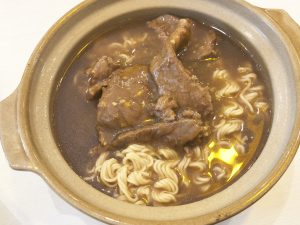 This is not a place you’d wanna catch up with a long lost friend and talk about the meaning of life. It’s purely a ‘get in, get out’ type of place, no time to be holding up tables here! To ease your anxiety, they do play some nice Chinese songs here as you’re eating. There’s nothing more relaxing than listening to the king of Cantopop – Eason Chan in the background, while enjoying a cold HK style milk tea… bliss. If I haven’t lost you by now, then it’s probably time you come and pay Kowloon Cafe a visit! 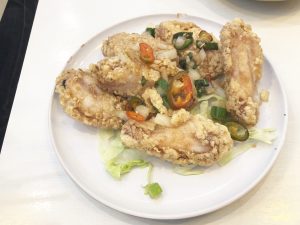